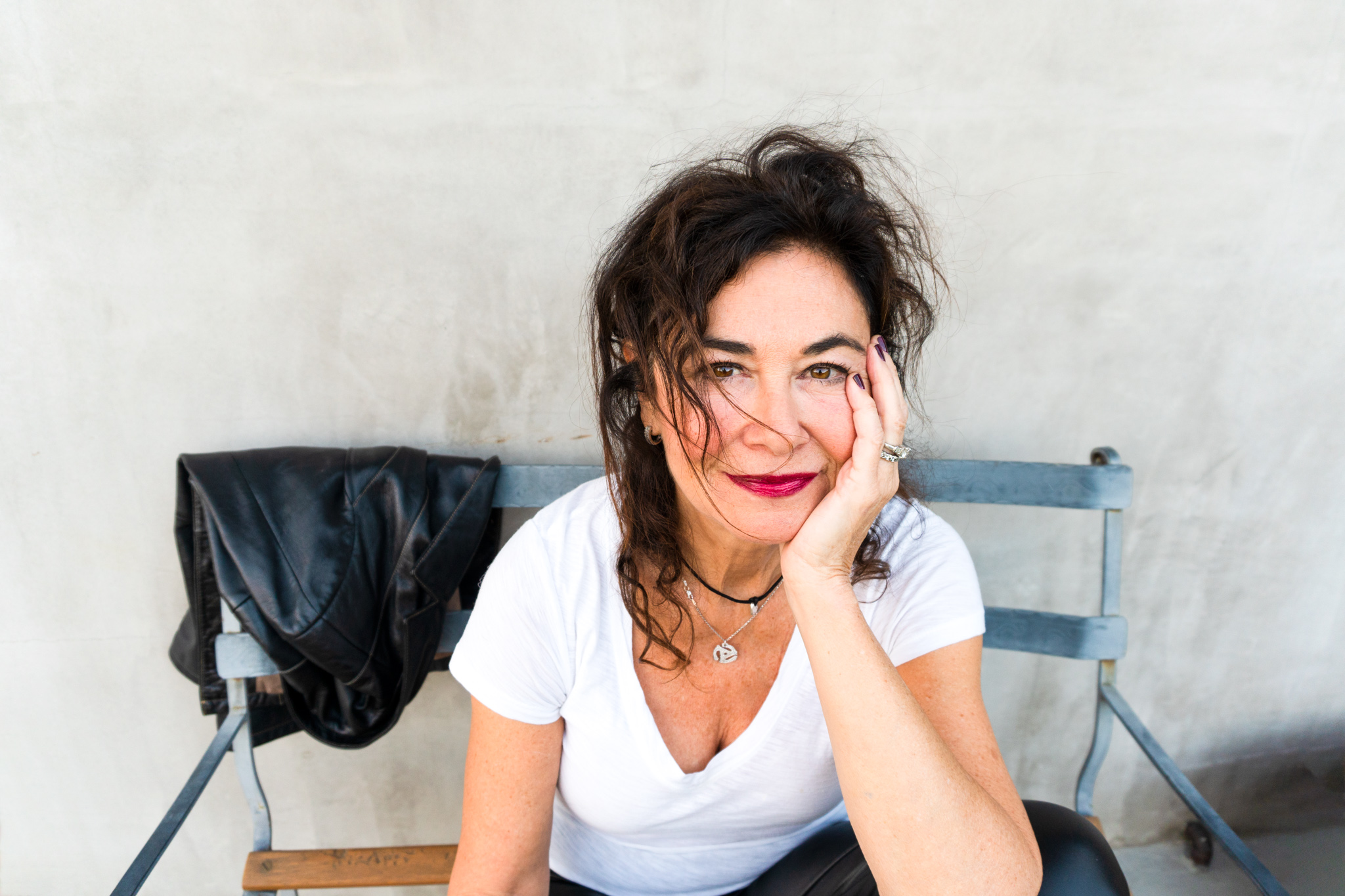 You may not have heard of Shelly Peiken, but you’ve undoubtedly heard music she’s written. The songwriter has penned such hits as Christina Aguilera’s “What a Girl Wants” and “Come on Over,” Meredith Brooks’ “Bitch,” Mandy Moore’s “I Want to be With You,” Brandy’s “Almost Doesn’t Count,” and The Pretenders’ “Human.” In August, she’ll be fulfilling a lifelong dream by releasing her own album, 2.0 etc. and The third single off the album is “Notebook,” an ode to her daughter that’s arrived just in time for Mother’s Day.

The song is about a notebook that Peiken has kept since her daughter, Layla, was born, documenting all the special moments in her life. “I think that writing things down is important,” she says. “She loves the idea that that book is waiting for her and it’s hers for whenever she wants it.” In the video, Peiken shares photos of herself and her daughter, who is a supporter of her music.

Peiken started out her musical career as an artist herself, then began having more success writing songs for other people. The success didn’t come easy, though — she remembers being desperate for a big break while she was pregnant with Layla, unsure how she would support her and thinking she may have to go back to waiting tables. Thankfully, that was just when she began writing with Brooks for the singer’s 1997 breakout LP Blurring the Edges.

“It felt like we broke ground at that time,” she remembers. “There were male artists that sang songs with ‘bitch’ in them, but God forbid a woman does it. We had a lot of pushback from radio. We weren’t necessarily calling anyone a bitch; we called ourselves a word that represented a complicated woman. Now, I look back and think, it doesn’t have to be a woman. It could be a man, it could be a child. It’s just about how we are complicated beings.”

Even though she was one of few female songwriters in the business, Peiken didn’t second-guess herself. “I never thought of myself as a woman songwriter; I thought of myself as a songwriter,” she says. “If I had a remarkable song in my pocket, I was going out with it, and I was a gentle bull in a china shop, playing it for everyone who would listen until they heard it. I just walked right through with blinders on and said what I wanted to say.”

After a while, Peiken felt less and less like the songs she wanted to write lined up with what artists were looking for, so she took a break from songwriting and wrote a book, Confessions of a Serial Songwriter, whose audio version was nominated for a Grammy.

Since following her own creative pursuits had worked out for her, she decided to continue by creating an album. “This baby has been gestating inside me since the minute I wanted to make an album when I was a young girl, and now I’m giving birth to it,” she says.

“I’m not some new it girl on Spotify; that’s never going to happen,” she adds. “I don’t even check my following; I’m trying not to pay attention. But enough people email me or text me or DM me and say, ‘Gosh, I heard that song and it made me cry’ or ‘it brought me back to these wonderful memories,’ and I got these messages that make me feel like I am adding value to the lives of others. I don’t know what’s next, but that feels really right right now.”