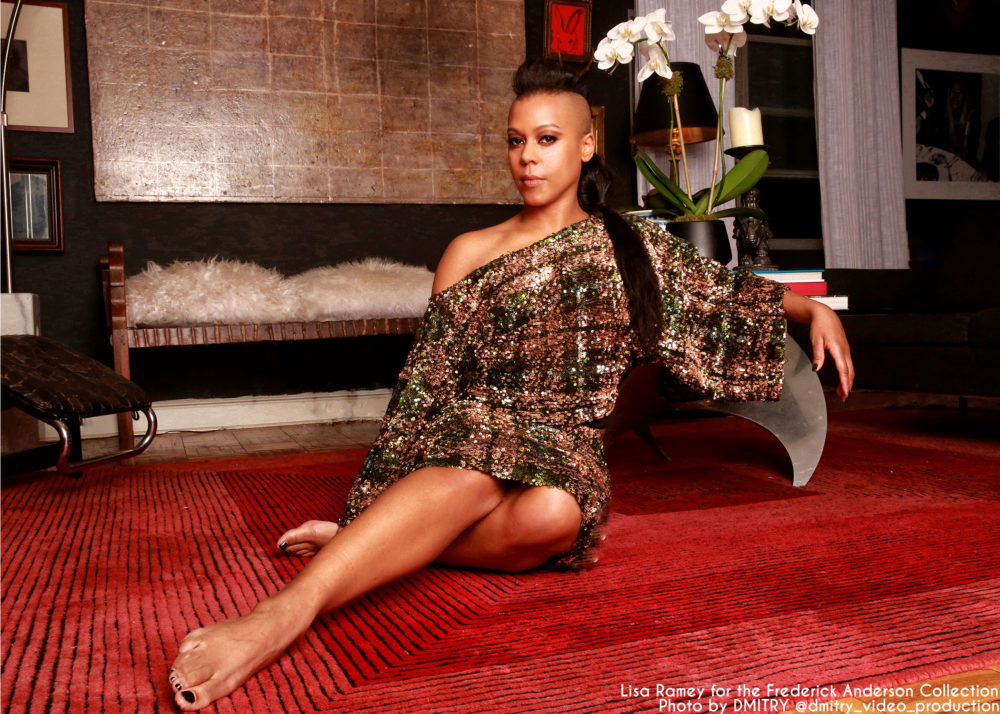 The trajectory of NYC-based vocalist Lisa Ramey’s career reflects an exceptional adaptability and versatility – she started off doing musical theater in St. Louis, moved over to Broadway, then began recording her own music shortly before Cirque du Soleil recruited her to tour as a singer in their show Koozå. The next chapter of her career saw her competing on The Voice twice; during her first attempt, she didn’t make it into the main competition, but she then returned and became part of John Legend’s team, which she considers the launching pad of her solo career.

“It was weird; one day, your biggest audience is a couple hundred people, then the next day, there’s 10 million people watching you singing a song,” she remembers. “You can be a great singer, a great performer, but if there’s no one watching you, how are you going to get paid? The whole point is to climb the door to success — I found the door, but I definitely couldn’t get through it, and being on The Voice got me the key.”

Her experience on the show also led her to break from her past work in the R&B genre and focus more on exploring rock and soul. “As a Black female in the music industry, I don’t want to say you get pushed, but it’s just kind of known you’re an R&B singer, so you feel like you need to be,” she explains. “But when I was working with John Legend, they’re creating an artist for TV, and I was realizing I was more of a performer that wants to get out there and rock and go crazy.”

Her rock influences are evident on her latest release, a cover of The Beatles’ “Come Together.” Her voice adds soul and sensuality to the classic hit, while the drums and electric guitars give it a heavier vibe. In the video, Ramey sings in a leather jacket and boots, pole-dances, and lounges on her bed, pouring over angel cards.

The inspiration for the video, like many works of art as of late, was the coronavirus quarantine. Specifically, it was meant to depict “someone going crazy when they’re going through quarantine,” she says. “When I’m wearing white, it’s like I’m losing my mind, and when I’m wearing black, it’s like this sexy subversion. Then, it just turned into this hot video. I’m a strong sexy black female and I ain’t got anything to hide.”

In its conception, the goal of the cover itself was simple: “to take an amazing, incredible, beautiful song and make it our own,” says Ramey, explaining that she aimed to create a “psychedelic sound with a darker edge.” However, in light of the George Floyd killing and recent protests against police brutality toward Black Americans, it evolved to promote the act of coming together to create social change.

“There’s a lot of hopeful things happening,” she says. “[We’re] defunding police. We’re starting to make decisions as communities instead of giving it all to corrupt police, and those are amazing things. I believe things can be different, but it can’t happen unless we all come together and stop making excuses of BS. And so I’m screaming at everybody out of frustration, and to see everybody rising up and marching against it is amazing. I had no idea that I had so many allies supporting me.”

In light of these events, Ramey encourages people to support Black artists by purchasing their work; for Ramey, that includes her latest album, Surrender, which shows off her unique style blending rock, soul, and R&B. “A lot of people like to reach out and ask me what they can do to help and apologize, and that’s amazing,” she says. “But it’s unbelievable how they bypass me. ‘How can I help the Black community?’ Well, here I am, Black, and I released an album, and you can help me and download that.”

She also hopes people heed the message of “Come Together” and combat hate by banding together with love. “The fight’s not over,” she says. “I’m amongst it and I’m with it and I’m here for it and I’m screaming at everyone. And I’m using the Beatles to help me out.”