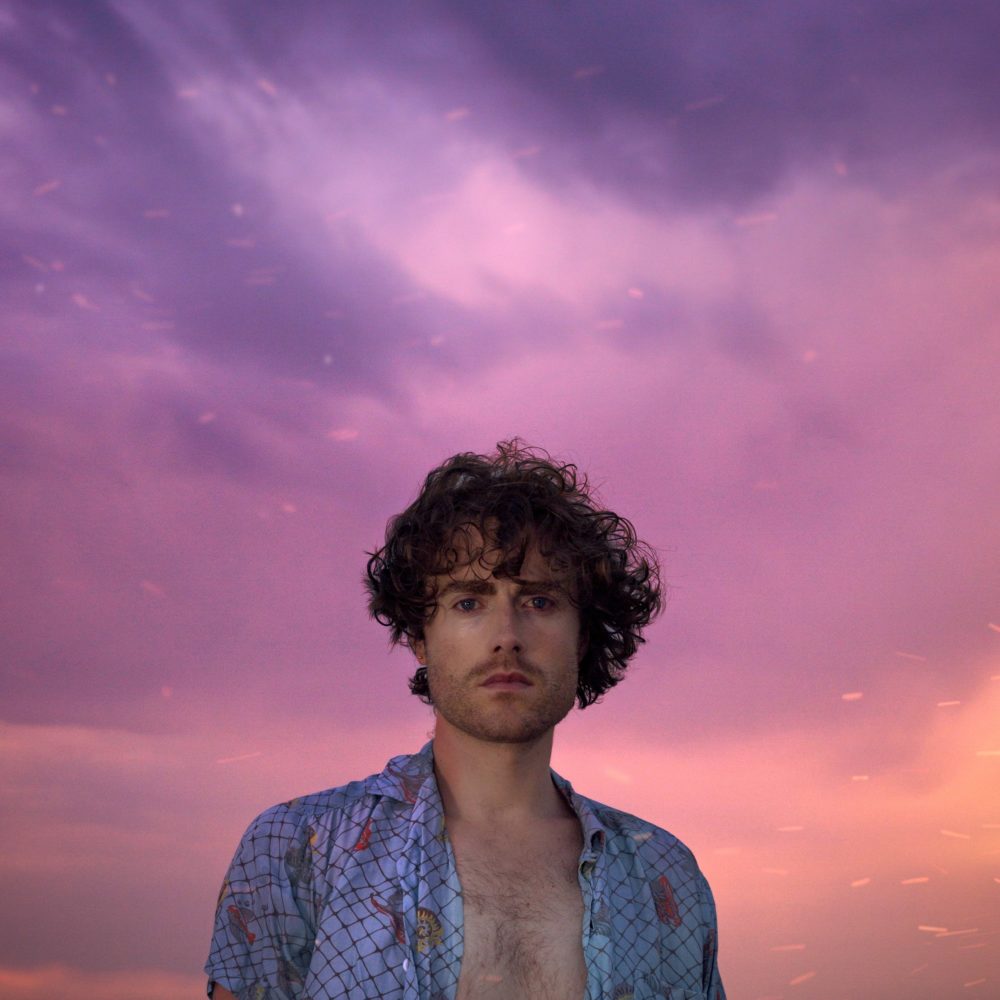 London-based musician Alekxandr uses his platform to tell authentic queer love stories with his distinctive, powerful vocals. Promoting emotional vulnerability, his music occupies an intimate space that depicts his experiences in love and life with no holds barred. Since the release of his debut single “Salt Crystals” in 2017, through last year’s EP Little King, Alekxandr’s rich baritone and poetic, emotional rawness has solidified his work as an intoxicatingly atmospheric sonic and cinematic experience.

Featuring artwork from illustrator Jamie Elder, Alekxandr’s latest single, “Fireflies in Brooklyn,” depicts a different love story from his previous catalog of work. Inspired by the memory of a chance encounter, “Fireflies in Brooklyn” is an ode to remaining true to yourself as much as it is a romantic tale of two people limited by circumstance. Five years ago, Alekxandr was part of a touring group performing William Shakespeare’s A Midsummer Night’s Dream in New York City. On his last night in town, he met a man who, despite his own hidden sadness, helped the musician let go of the weight that he had been carrying on his shoulders. “I had been healing from this relationship – it had been years. And then suddenly [after meeting this person] I was seeing the beauty in the world and my eyes opened. I felt like good things could happen again,” he recalls.

Alekxandr demonstrates how this experience, usually referred to as a holiday romance, can have a profound positive effect on the mental well-being of a person; this is, in part, due to the hyper-idealised romanticism of the interaction. “In a way it was one of the most romantic moments of my life and I think a lot of that is to do with not knowing each other,” Alekxandr explains. “Sometimes two people are just able to project onto one another their ideal self and have an amazing time – some things are meant to be just that.”

The musical seed of the song had been with Alekxandr from the beginning of his career – it was actually the first track he wrote. It originally began as what the musician describes as a rambling poem that was apparently 10 minutes long. “I just really liked it and… I was never 100% satisfied with the production or the words. I didn’t want to leave it… because I knew it was a special moment and feeling. I wanted to capture it and get it right,” he says. Serving as the sonic representation of his musical growth, it has evolved with the singer as he grew as a musician, until he eventually found an interpretation that fit.

There is a dreamlike hopefulness to the track, possessing a variety of delicate sounds that are indicative of the vulnerable feelings inherent in the original encounter. Like the fireflies that Alekxandr saw in New York, electronic elements flicker into the soundscape, dancing in and out of the tune. “I was trying to get the right bubbly, magical, dreamy feeling,” he explains. Building to its final, magical verse, “Fireflies in Brooklyn” attempts to communicate what both parties may have been feeling. “Lost, I’m looking to get found… It’s like you don’t even know/ You was made to grow,” Alekxandr croons. “I just wanted to capture something about that experience because it’s those moments that are the sweet part of life,” Alekxandr says. “I want to hold on to it in a way, or bottle it.” Perhaps, like fireflies caught in a jar.

Whether part of a romantic encounter or not, Alekxandr demonstrates the power that lies in physically removing oneself from familiar surroundings to help reconnect with who they are and who they want to be. “When you’re in an unknown city there’s a feeling of liberation,” Alekxandr says. “No one knows you there. It’s like an adventure. Being somewhere else helps you to see things from a different perspective – even just going up in the air on an aeroplane and looking down on Britain, I feel like it helps. You’re able to see that things could be different.” Perhaps the best way of gaining a bird’s eye view of any given situation – that is, without getting into a helicopter – comes from sharing an experience with someone else in a way that allows us to learn from our experiences and reflect. “Having a nice time with someone and making a connection [can] give you a perspective shift [where you] see the world a bit differently,” Alekxandr says. This one experience, he adds, made him feel like he could fall in love again. Even five years later, with a dreamlike ode to that magical night, he’s still glowing from the inside out.