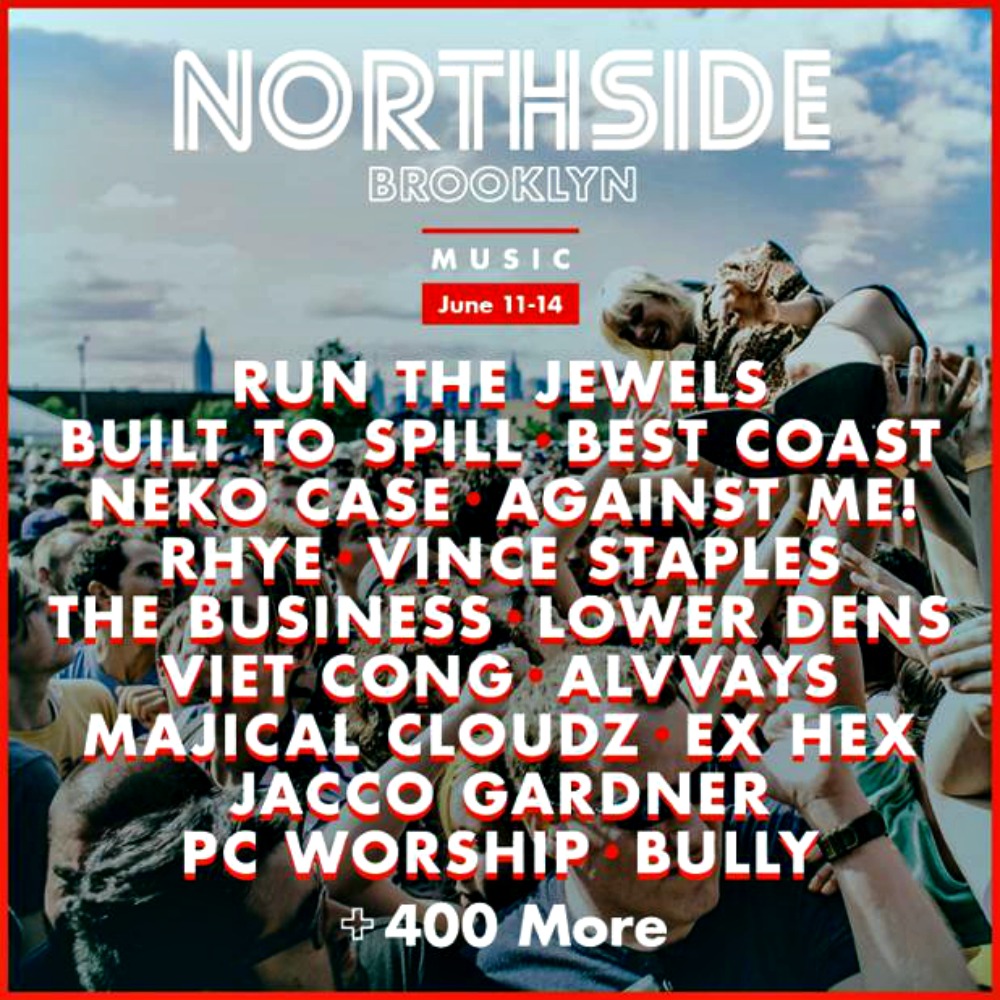 Hey Brooklyn! What are you doing next weekend? Really, the only acceptable answer is seeing at least one of these bands at Northside Festival, which runs from June 11-14 and hosts shows in venues from Acheron  to Warsaw. The schedule is packed with amazing artists, and to help you choose which shows to see, we made you a list of our favorites. You’re welcome.

This duo from New Paltz plays catchy, light-hearted pop that will have you copying the dancing in this video:

This band comes with a warning: their lush, relaxing harmonies are addictive.

Their name is a little challenging to pronounce, but these brothers from the UK have an amazing sound: heavy, grungy rock.

Just one in a long list of amazing local bands is Leapling, an experimental pop group responsible for gems like “Crooked.”

This sludge-pop band sounds way better than their name. If you’ve got some head-banging to get out of your system, go see them at Pet Rescue.

Mitski is a stunning singer-songwriter from Brooklyn, via practically everywhere else. Go see her at Saint Vitus, where we’re hoping she’ll preview some songs from her upcoming album.

Von Sell is a relatively new electro-pop artist from Berlin who is already getting praise from indie blogs. Watch him play at Union Pool and see what all the fuss is about.

She plays the harmonium, and she’s one of Nick Cave’s favorite musicians: Shilpa Ray is bringing her uniquely gloomy rock ‘n’ roll to Rough Trade.

Celebrate the start of summer with an outdoor concert, and see four great bands in one place: Bully, Alvvays, Built to Spill and Best Coast.