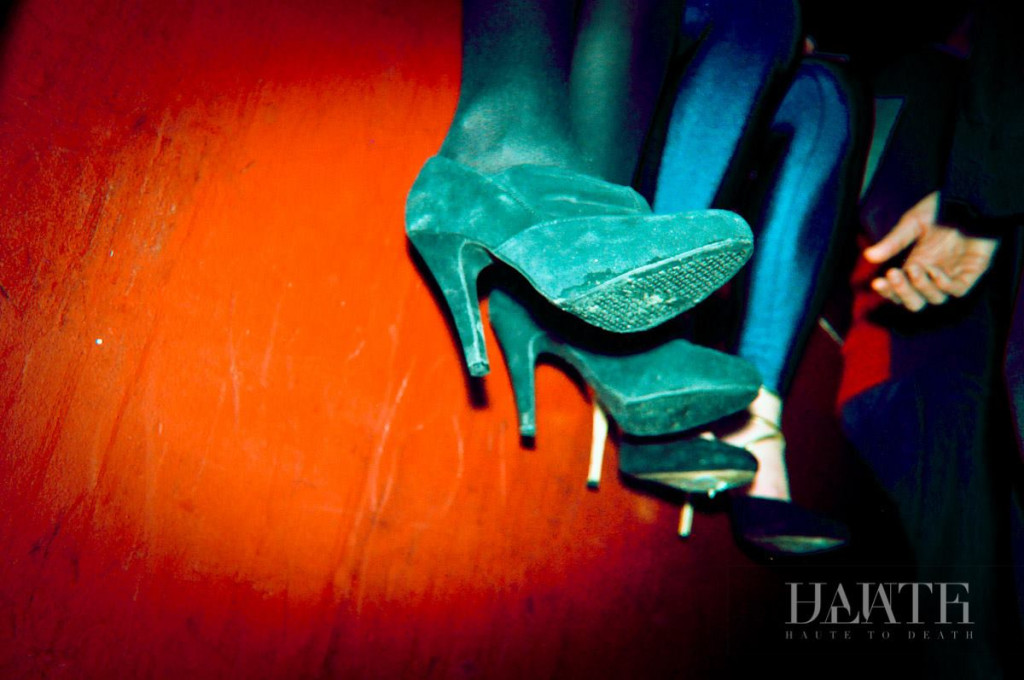 It was the day of my grandmother’s funeral. Having spent the better portion of my day mourning the loss with my father and chain smoking while driving familiar streets of my hometown where the old bars had new signs, I was unnerved with realizing not everything was as I left it when I moved out and to Detroit two years ago. By the end of the day, I was disheveled and still dressed sullenly in  black. My face was puffy from crying and both my body and mind were fevered with exhaustion. David Bowie’s “Changes” came on the radio as my boyfriend at the time asked what I wanted to do. It was late. It was Saturday. I was tired. But without hesitation I stared out of the passenger side window at a sky that threatened snow and said, “I have to go to Temple.” This was not some prolific religious sentiment, although looking back maybe in some ways it was. Temple is “Temple Bar,” one of Detroit’s most unassuming vestiges and my salvation was (and still is) Haute to Death; a monthly dance party thrown by Ash Nowak and Jon Dones.

Creators, curators, and collaborators in life, love, and the dance floor, Nowak and Dones are more than DJ’s, they are partners and hosts to what will undoubtedly be your favorite night (if you’re lucky enough to remember it). Emotional electricians, they are instigators of catharsis with a killer record collection and an undeniably thoughtful approach to weaving a tapestry of people, environment, and sound. What started as a search to throw the best dance party for friends is now celebrating it’s eight year residency this month. “We’ve developed a family of people here,” says Dones.  “Ash and I don’t have a lot of family. We feel so connected to the people that show up that I don’t necessarily have to know where they came from, or what they do for a living because we’re all here together. What we do isn’t about us, it’s about you.”

For eight years, Haute to Death has called Temple Bar its home base and in some ways its birth place. A pock marked parking lot surrounds an institution colored building with the name painted crudely above the door, Temple Bar is the last place you would expect to find the city’s most welcoming and unapologetic dance party. The DJ booth sits high above the dance floor where Nowak and Dones are glassed in and silhouetted by neon genitalia (one of many idiosyncratic details of Temple Bar’s landscape). The aforementioned dance floor is contained by a half wall and is no bigger than a few handicap accessible bathroom stalls side by side. The intimacy is the most intimidating quality of a Haute to Death event and paradoxically is what invites you in to stay. Since it falls on the third Saturday of each  month, the T.V. sets are tuned to SNL (which seems meta in context) and the awkward pool table wedged between the bathrooms is always strangely occupied as people aim their pool sticks into the air because rarely is there room to make a real shot (hell, you’re lucky if can stand with your feet apart). Sometimes a dog shows up, and no one has ever seen anyone actually play the Sopranos pinball machine near the entrance. Skin will touch skin, sweat will converge with other spilled fluids, and your hair will refuse to hold whatever product or styling you came in with. The air is promised to be thick and salty and each party is not without its share of playful dance offs, fits of cinematic twirling and even the occasional new wave twerk-a-thon. Without fail there will be at least one tangible moment where the music finds temporary shelter within you and shakes something loose (or perhaps pieces something back together). You can be yourself, someone else, or no one at all. 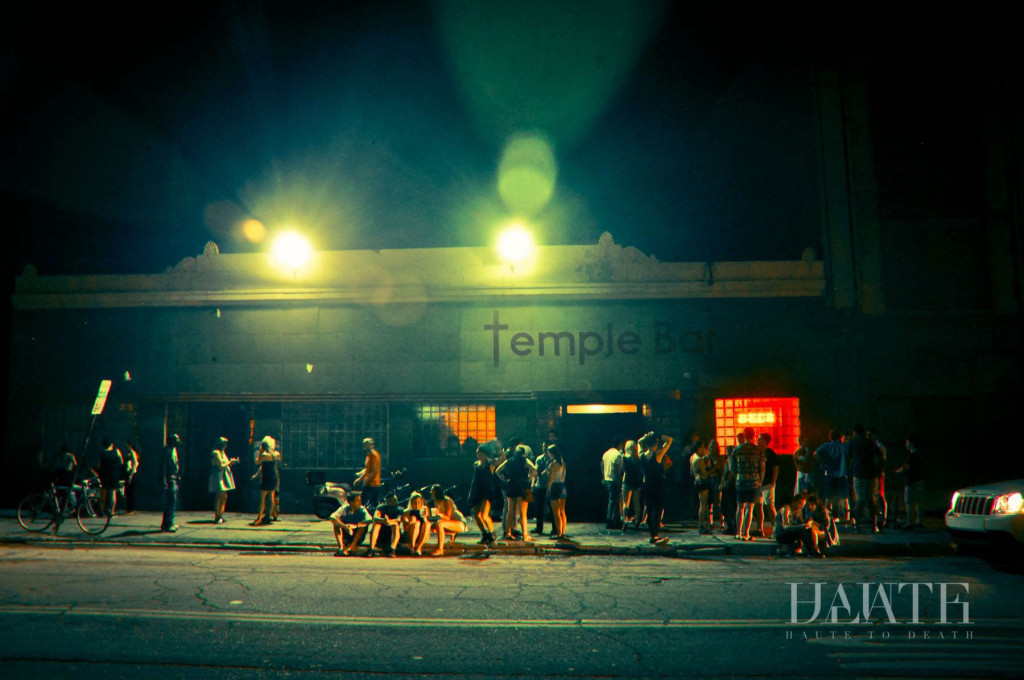 “Jon and I like a lot of the same things. We ultimately have the same end goal but have extraordinarily different ways of getting there,” explains Nowak on their ability to collaborate. “You can’t play candy all night long. It’s fun and tempting, but it’s not sustainable.” Even under the shimmering lights and the waves of glistening skin, there are periodic points in the set where things go from moody, to dark all the way back to desert-like electro pop. “We focus on thoughtful sets with emotional arches,” Dones adds.

Over a bottle of wine, I tell Nowak and Dones (now considered my friends and creative cohorts) what I love most about their monthly sweaty soiree. “What is the more interesting story is your experience,” Dones says. “We’ve never been to Haute to Death. We don’t know what it’s like.” I walk them through the first time I showed up. I felt like a squad-less orphan until they spun a New Order mix that I would have never heard anywhere near my hometown suburb and how when I stand under the disco ball and Kraftwerk’s “Telephone Call” bleeds into Azealia Banks “212” (one of Nowak’s staple mixes) I feel like I’m being transported to another planet (yet feel completely grounded). I remind them of the time the speakers blew during their annual “Bosses and Secretaries Edition” and a resident babe and H2D’er dressed in an all white suit, booted up the jukebox to save the party with Madonna’s “Like a Prayer” and how everyone felt this shared emotional rush of relief, gratitude and well, praise to this unworldly little slice of party heaven that we all feel has been gifted to us. These magical moments are exclusive to what Nowak and Dones do which is far more than spin records or craft playlists. They provide a setting, a mood, and a warmth that encourages each person in attendance (whether they are actively participating or not) to formulate their own memory and to use the floor as their own therapy. (Nowak even adds that they’ve only had ‘one fight in eight years’, which is pretty impressive.) I recollect all the times I danced with a broken heart, physical injury, and creative malaise and how by the end of the night, even though I end up with my lipstick kissed off, my eye makeup running down my cheeks and my clothes adhered to my skin, Haute to Death never fails to stir me back to life. A confectionary and visceral collision, Nowak and Dones are artists of experience and Haute to Death is their torrid and glittered canvas. “It’s a mess,” Nowak says, “and it’s really fantastic.”