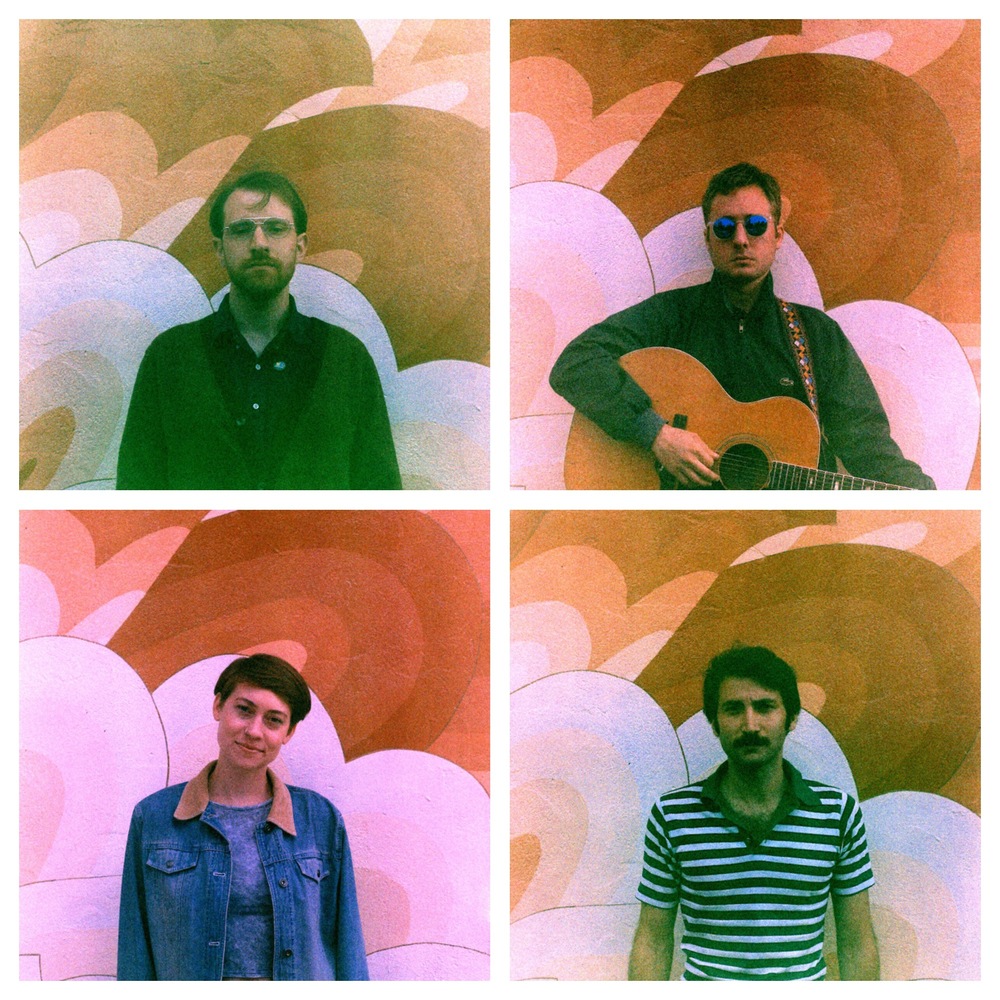 Frontier Ruckus‘ Matthew Milia has a lot to be thankful for. For starters, Ryan Adams sent him an email about anticipating ”smoking a jay” and listening to the new recordings and they scored former Wilco drummer, Ken Coomer, as producer and percussionist on their 2016 release recorded in Nashville earlier this year. Formed in 2003, Frontier Ruckus has built a reputation on pairing vividly raw and pleasantly long winded imagery with lush pop arrangements. Each song paints portraits of memories, dreams, and personally important geographical landmarks. Just a year after the release of their fourth album, Sitcom Afterlife, Milia and gang — David Jones (banjo, electric banjo), Zach Nichols (musical saw, trumpet, alto horn, meodica, keys) and Anna Burch (bass, vocals) — return home to close out a short tour. They play tonight at Marble Bar in Detroit on the tail of the announcement of the completion of their fifth LP. I caught up with Milia to discuss tour, Thanksgiving, and the tao of Frasier Crane.

1. What’s the best part about touring? Any good stories from this latest trip?

I turned 30 on this last trip, in Houston, and it felt kind of heavy. Some fans made me a homemade cake and presented it to me onstage between songs with candles lit, which the rest of the band was in on, and everyone sang me “Happy Birthday.” I’ve been touring for most of my adult life so it felt natural to be away for it—if anything I just felt an immense gratitude to be able to still be doing what I want to be doing at this stage of life.

2. When you’re on the road, what do you miss most about Detroit?

There’s something comforting about geographical orientation. What I love most about Detroit is that it just happens to be the place where I’ve best memorized how all the roads map out and connect — the intricacies locked away within the metropolis. There’s kind of a thrilling novelty to the pure dislocation of tour at first. But a few weeks in, you wish you knew your surroundings more innately without consulting Yelp.

3. It’s been just over a year since the release of Sitcom Afterlife. What’s been the biggest change in Frontier Ruckus from then to now?

Anna is playing bass guitar again! For the first time since her departure, right after Deadmalls and Nightfalls came out in 2010. It creates a nice heightened energy on stage. We’re five albums in now, and with each album it just seems to crystalize the overall feeling of the band, and diminishes distracting anxiety. People at shows have this greater context to see things in. The characters in the songs all interact. The band’s narrative grounding just feels sturdier and a bit more substantial, without being too self-aggrandizing about it.

4. You’ve described yourself as a verbose lyricist. What are some of your favorite words or imageries?

Early on I really like mixing biblical or religious imagery with sexuality. I think 13 years of pent up Catholic schooling will do that. These days, in a more balanced way, I think I’m still locked into the almost obsessive and systematic image-cataloguing of banal domestic suburban household objects and scenery that I fell into during Eternity of Dimming. I love detailing the unfolding of great familial drama in front of a static backdrop of living rooms and dads’ home offices.

5. You have a background in poetry. How is the writing process different for you when writing lyrics versus poetry?

Well I rhyme in song which I never ever allow myself to do in poems. So I rhyme like hell in song. The more complex or internal or multi-word the rhyme the better.  And then there’s the chordal and melodic component which inevitably influences the language and meter of lyrics. I like to juxtapose in opposites. So if the chords sound happy I’ll tend to evoke an unsettling memory or something that challenges my emotional comfort, and vice versa. With poetry it’s all about language and much more conversational.

6. Could you describe Frontier Ruckus’ aesthetic via a memory that best encapsulates it?

One time I was riding in the back seat of the car with my mother and grandmother. For some reason I was wearing roller blades. The only other thing in the back seat was my grandmother’s oxygen tank. We were stopped at a light and my curiosity led me to twist the knobs until it rattled and hissed and I got so freaked out that I swung the car door open and jumped out, slipping on my roller blade wheels in the path of oncoming traffic. My mom swung her door open which signaled to the cars to screech to a halt. That mixture of a comforting situation turning erratically panicked is what I think the band is about.

7. You just finished recording your fifth LP in Nashville, slated to release next year. What does it sound like? If it were a thanksgiving food what would it likely be?

It was the first album we’ve done outside of Michigan and our first with a producer — Ken Coomer (Wilco’s original drummer), who also drummed on the whole record. It’s definitely got more of a polished baroque pop vibe, with string parts and mellotron, etc. But where Sitcom Afterlife was sort of a one-off break-up album dealing with the bitterness of a specific situation, I think this album returns to the more universal themes of our earlier records that tried to portray the sorrow and loss inherent to notions of family, home, and memory, but through a sense of beauty and complex appreciation.

It would be a slice of pumpkin pie mingling with a bit of creamed onions from a reused plate.

8. What inevitable awkward family interaction are you dreading/looking forward to this Thanksgiving?

Just the perennial explanation of what being in a band is like, and what sort of accomplishments the band achieved since the last briefing. I’m blessed with a super supportive family though. Still one always feel obliged to qualify things in relatable terms.

Our aforementioned fifth album will be coming out at some point! Lots of touring and a few trips to Europe I’m sure. Collaborating with rad artists on music videos. I’ll be compiling another collection of poems I hope, along with some short fiction.

10. What character of Frasier are you and why?

Definitely Frasier. I’d be lying if I didn’t desperately relate to his misguided narcissism colliding with crippling insecurity.