Though some form of International Women’s Day has been around since 1909, the holiday celebrating women around the world has really gained traction over the last decade. This year’s theme was #BalanceForBetter, seeking to promote a more gender balanced world. Here’s how our favorite ladies in the music world celebrated. 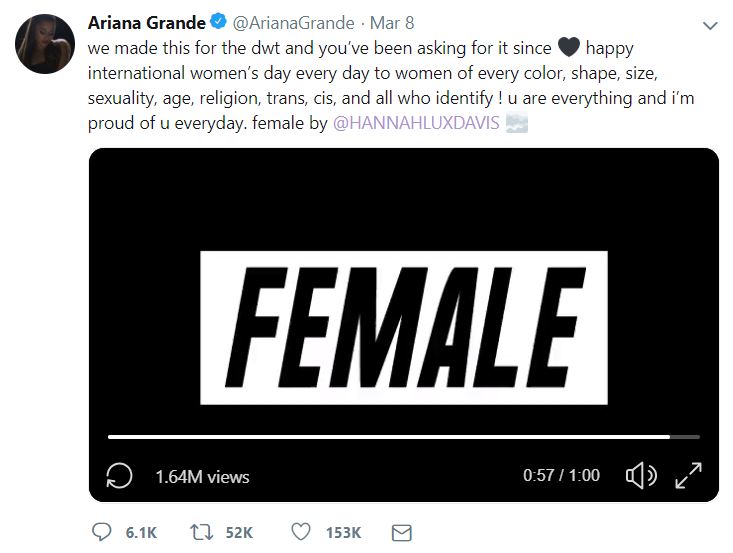 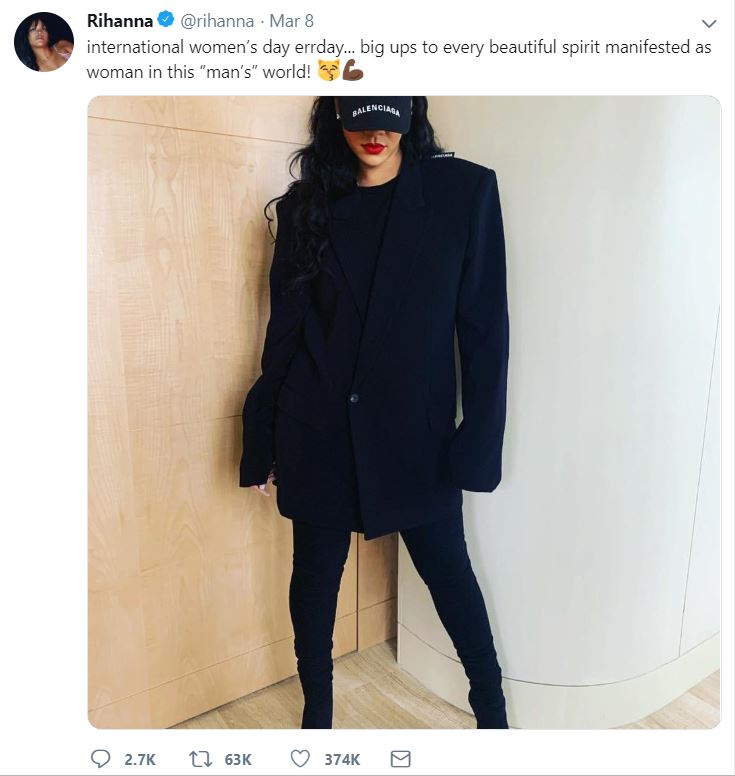 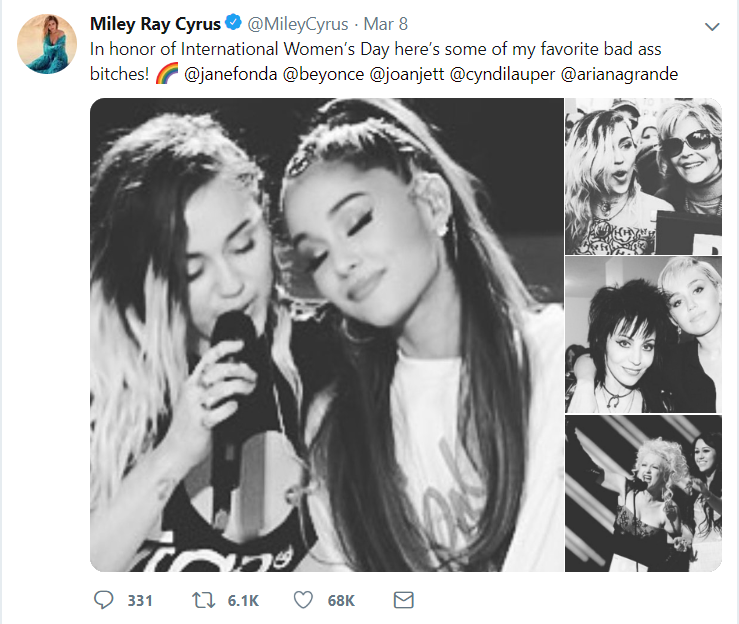 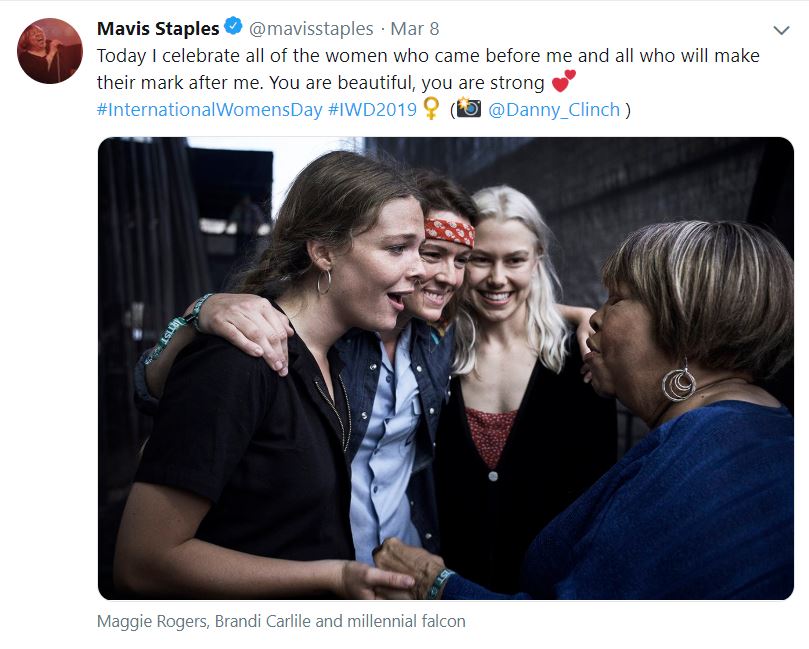 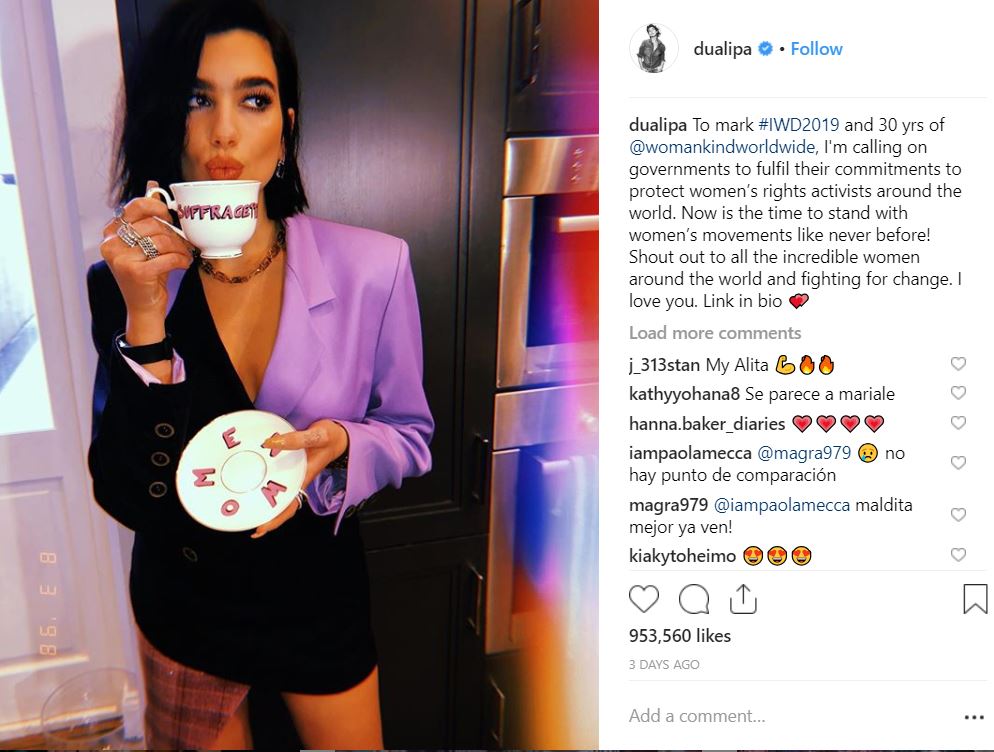 The Fallout of Leaving Neverland

The explosive HBO Documentary about Michael Jackson’s alleged child abuse, Leaving Neverland, aired last weekend, and unsurprisingly, folks are divided on its message. Though the allegations are nothing new (Jackson settled a child abuse case out of court in 1994, and was acquitted in a similar case with a different victim in 2005) the harrowing testimonies of two men who say they were abused by Jackson when they were 7 and 10 are hard to dismiss. Radio stations have pulled Jackson’s enduring pop hits,  The Simpsons producers have pulled iconic episode “Stark Raving Dad” from the syndication due to Jackson’s guest voice over, and a Chicago run of biographical jukebox musical “Don’t Stop ‘Til You Get Enough” was cancelled, though its team said this occurred due to scheduling difficulties and that they’ve set their sights on Broadway in 2020. Jackson’s daughter, Paris, seemed unfazed in a series of tweets in which she told folks to “chillax” – implying that even if Jackson’s legacy took a huge hit, his $500 million estate would ultimately be unaffected by the doc (though they’d previously filed a lawsuit to block it from airing). Meanwhile, debate continues to rage regarding blame placed on the victims’ parents, the degree to which Joe Jackson’s horrific behavior absolves his son’s various issues (including the alleged child abuse) and, of course, the idea that Jackson himself is an innocent victim of a slanderous campaign. One thing is certain: Jackson’s story is ultimately one of the saddest in pop music history, taking into account his tarnished childhood, various tabloid scandals, untimely death due to physician-sanctioned drug abuse – and it’s only compounded by the suffering of his alleged victims.

Solange has blessed the world with the (semi) surprise release of When I Get Home, her follow-up to 2016’s show-stopping A Seat at the Table.

Cementing their legacy as Jersey’s favorite pop punks, The Bouncing Souls released the second single from their forthcoming 30th anniversary EP Crucial Moments, out March 15. Their massive tour kicks off the next day at Jersey City’s White Eagle Hall.

Vampire Weekend have shared two new tracks from their upcoming Father of the Bride LP, out in May

Mac DeMarco announced his next record Here Comes the Cowboy with a single called “Nobody,” giving Mitski fans a little déjà vu; both artists (and their shared PR team) say it’s just a coincidence.

Bedouine is back with a one-off single that reflects on the aftermath of her gorgeous 2017 self-titled debut.

SOAK has released another lovely singled from April 26 release Grim Town., announcing some US tour dates (including two at SXSW) to go with it.

Alan Vega’s final recordings have been released to benefit the Rock and Roll Forever Foundation, which provides teaching materials to educators seeking to engage students by teaching pop music history. The Suicide co-founder passed away in 2016.

Everyone loves a corgi – and that includes illuminati hotties, who are very honest about the fact that sometimes doggos are are the only thing keeping us in a mediocre relationship. They’ll be in Austin next week for SXSW.

Blushh shared a one-off single to get folks pumped for their upcoming SXSW dates as well.

Toronto punks Greys have announced third LP Age Hasn’t Spoiled You, out May 10, sharing its first single “These Things Happen.”

Rick from Pile remains the biggest babe in all of DIY indie rock; this week the band released their latest single and announced forthcoming LP Green and Gray, out May 3.

In other DIY news, Patio ready themselves for the April 5 release of Essentials with their latest track, “New Reality.”

NOTS have seemingly recovered from their recent lineup changes and shared the first single from their upcoming LP 3, out May 10. Two of its members are also releasing an LP this year as Hash Redactor.

The National have announced a new collaborative project with director Mike Mills entitled I Am Easy To Find. It’s essentially an hour-long companion album to a 24-minute short film of the same name starring Alicia Vikander. The first track on the album, “You Had Your Soul With You,” has some guest stars as well – Sharon Van Etten, Kate Stables of This Is the Kit, The Brooklyn Youth Choir, and longtime David Bowie bandmate Gail Ann Dorsey lend vocals. The band have announced a bunch of tour dates with Courtney Barnett and Alvvays supporting.

Local Natives released two videos this week, one of which stars Kate Mara. Both will appear on the April 26 release of Violet Street, a follow-up to 2016’s Sunlit Youth; they’ve previously announced a slew of tour dates.

Kishi Bashi returns with new LP Omoiyari on May 31, and has released the album’s first single, “Summer of ’42”.

Charly Bliss have shared a video for “Chatroom,” the second single from their upcoming record Young Enough, out May 10.

Having penned Grammy-nominated hits for Ariana Grande and Janelle Monae, Tayla Parx is poised to break out on her own with a highly anticipated solo debut on Atlantic Records, We Need to Talk, out April 5. Her latest video for “I Want You” follows earlier singles “Slow Dancing” and “Me vs. Us.”

Christian Fennesz, who records electronic music under his last name, returns to basics with a new 12-minute track called “In My Room,” from forthcoming 4-song LP Agora, out March 29.

Ahead of the April 12 release of No Geography, The Chemical Brothers share a video for “We’ve Got To Try.”

Festival faves Marshmello and CHVRCHES have collaborated on a sugary new single titled “Here With Me.”

Dido’s first record since 2013, Still on My Mind, is out today; her first tour in fifteen years hits the US in June.