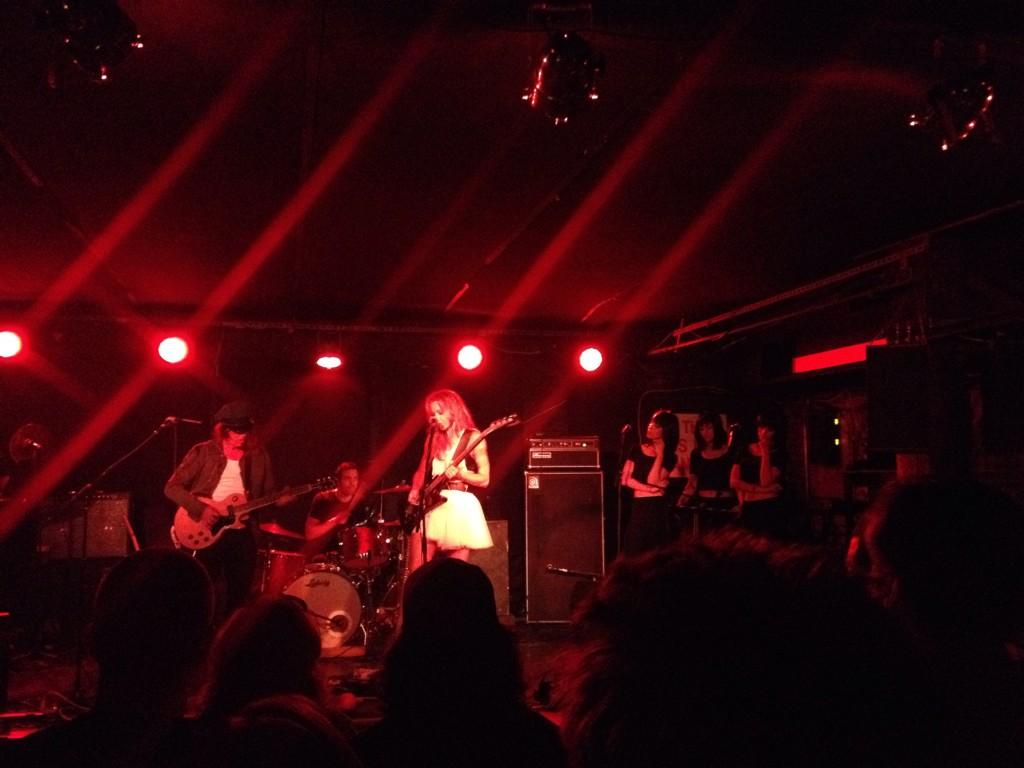 I’ve been wowed at Mercury Lounge on many an occasion, but seeing The Jane Shermans’ forty-five minute set last Monday easily topped the list of performances in the tiny venue that have blown me away. Powerhouse frontwoman Eulene Sherman owned her Explorer bass through the nine song set. Accompanied by guitarist Angelo Petraglia, also known for his work producing and co-writing songs for Kings of Leon, the Nashville duo delivered some blistering blues rock. I didn’t mind that latest single “Shotgun” reminded me a bit of KOL’s “Spiral Staircase;” for the most part, The Jane Shermans rocked an identity and style all their own. Alongside a horn section and a trio of back-up singers that could have been Uma Thurman’s Pulp Fiction stunt doubles, The Jane Shermans brought life and personality to the tune.
As pop, country, and classic rock ‘n’ roll sounds intersect and give rise to a new breed of crossover artists, bands that hybridize these genres stand to gain access to a huge fanbase. The Jane Shermans are the perfect example of such a band; their bluesy yet country-driven progressions and vigorous drumming really resonated with the Mercury Lounge crowd. Both Eulene and Angelo exhibit the kind of larger-than-life on-stage personas that have made stars of like-minded musicians – their stage presence is enthralling and their talent is undeniable. Eulene’s voice stands out as particularly mesmerizing: robust and heavy, sultry yet soothing. No where was that more apparent than on “I Walk Alone,” a track the band released almost two years ago on their debut record, finally available on vinyl as a b-side to the “Shotgun” 7″. The smoldering number sent me into an unapologetic swirl until their fiery encore with “Here Comes the Gun.”
The Jane Shermans haven’t announced the release of their next full-length, but with anticipation for it mounting, it certainly won’t be long until we’re hearing more from them. If nothing else, their visit to Mercury Lounge was a satisfying if brief taste of Nashville’s rock scene. Check out the video for “Shotgun” below.