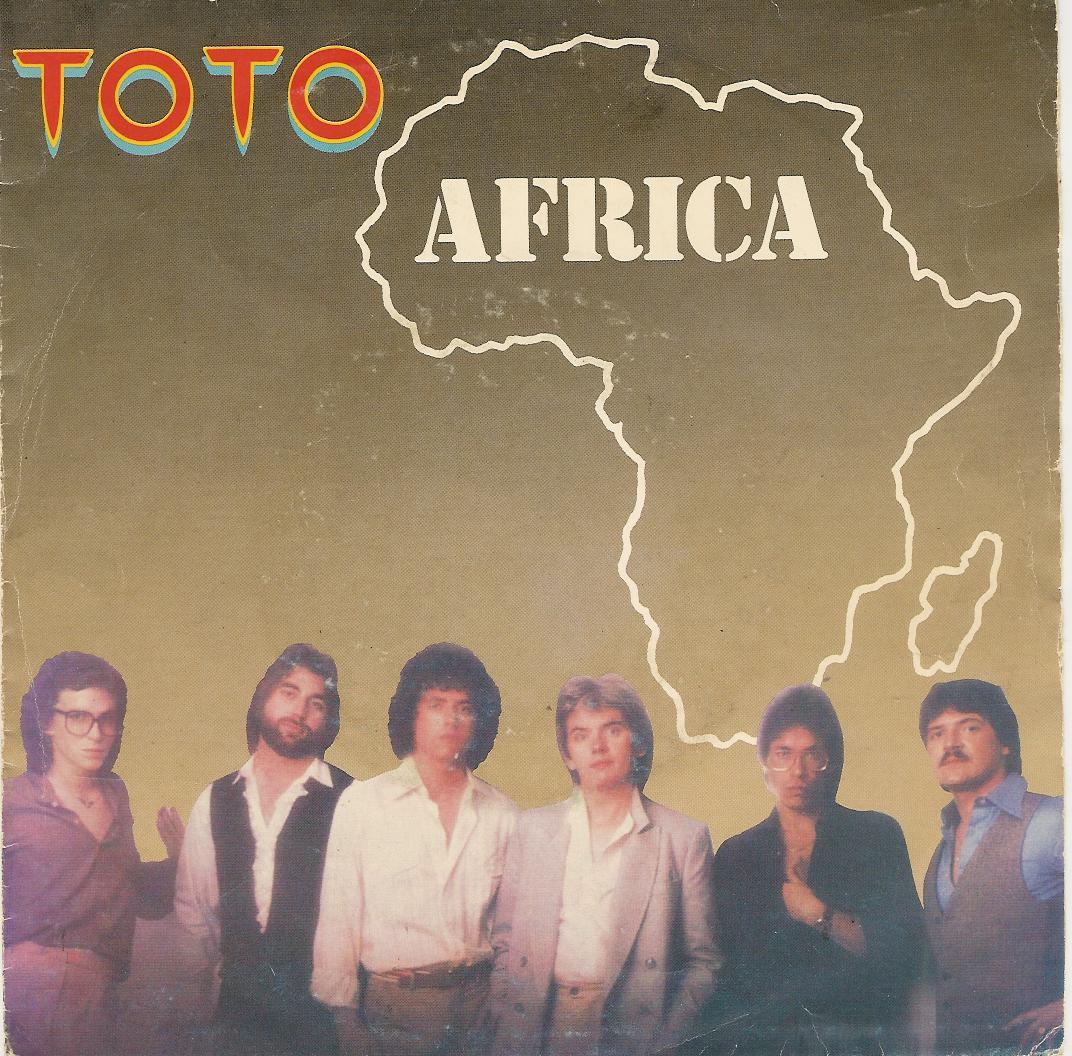 It’s time for a blast from the past! This Flashback Friday, Toto is going to take us back to Africa. With its calm, soothing melody, and passionate vocals, this song is more than worthy of an extensive review. Written by the rock band’s keyboardist David Paich, and drummer Jeff Porcaro, “Africa” is one of the bands most popular songs to date. The song is featured on their 1982 album Toto IV, which ended up going Triple platinum. But what is it about this song that makes it so infectious? Perhaps it’s the urgency in the lead singer’s voice when he sings: “I bless the rains down in Africa.” When he sings like that you cannot help but feel the way he feels. Or perhaps it is the impeccable use of falsetto in the backup vocals. We listeners are fortunate enough to hear these unbelievably beautiful notes crooning over the chorus of the song. And then of course we cannot forget about the use of exotic instruments in the accompaniment such as, the Marimba, an instrument in the percussion family, the Kalimba, an African piano, and the Conga. These  helped give the song a strong African vibe that allows the listener to travel to another country and digest a spoonful of a different culture, if only for a moment.

Keyboardist/Vocalist David Paich explained the idea behind the song stating that “…a white boy is trying to write a song on Africa, but since he’s never been there, he can only tell what he’s seen on TV or remembers in the past.” This statement can be more closely associated with the music video for the song. The first time I ever viewed the music video for the song “Africa,” I remember thinking to myself, “If I had never visited any country in Africa, then after watching this video I would truly believe that this is what Africa is like.” All too often, the media portrays Africa in such a negative light, which in turn causes creative outlets such as music and movies to do the same; giving birth to a vicious cycle of misguided perceptions of an entire continent. Toto’s video captures Africa in its most primitive form. From the spear throwing, to the wild animals; it fails to give the viewer a true feel for what Africa is really like. While the song immerses us in so much beauty, the video takes some of that beauty away with its misguided imagery.
None the less, Africa is an amazing song, filled with passion and conviction. So amazing in fact that in 1983 the song hit #1 on the billboard Hot 100 chart, and #3 on the UK singles chart. And in 2009 a Slovenian a capella choir by the name of: Perpetuum Jazzile performed their rendition of the song, posted it on YouTube and received 15 million views. The captivating rendition intrigued listeners with the choirs personification of rain and thunder by rubbing the palms together, snapping their fingers, and stomping their feet. They used their mouths and bodies in order to create their own accompaniment, and they did an amazing job. Toto’s song awakens something inside of me every time I hear it. And I never wanna lose that feeling. I hope you all enjoyed this blast from the past.