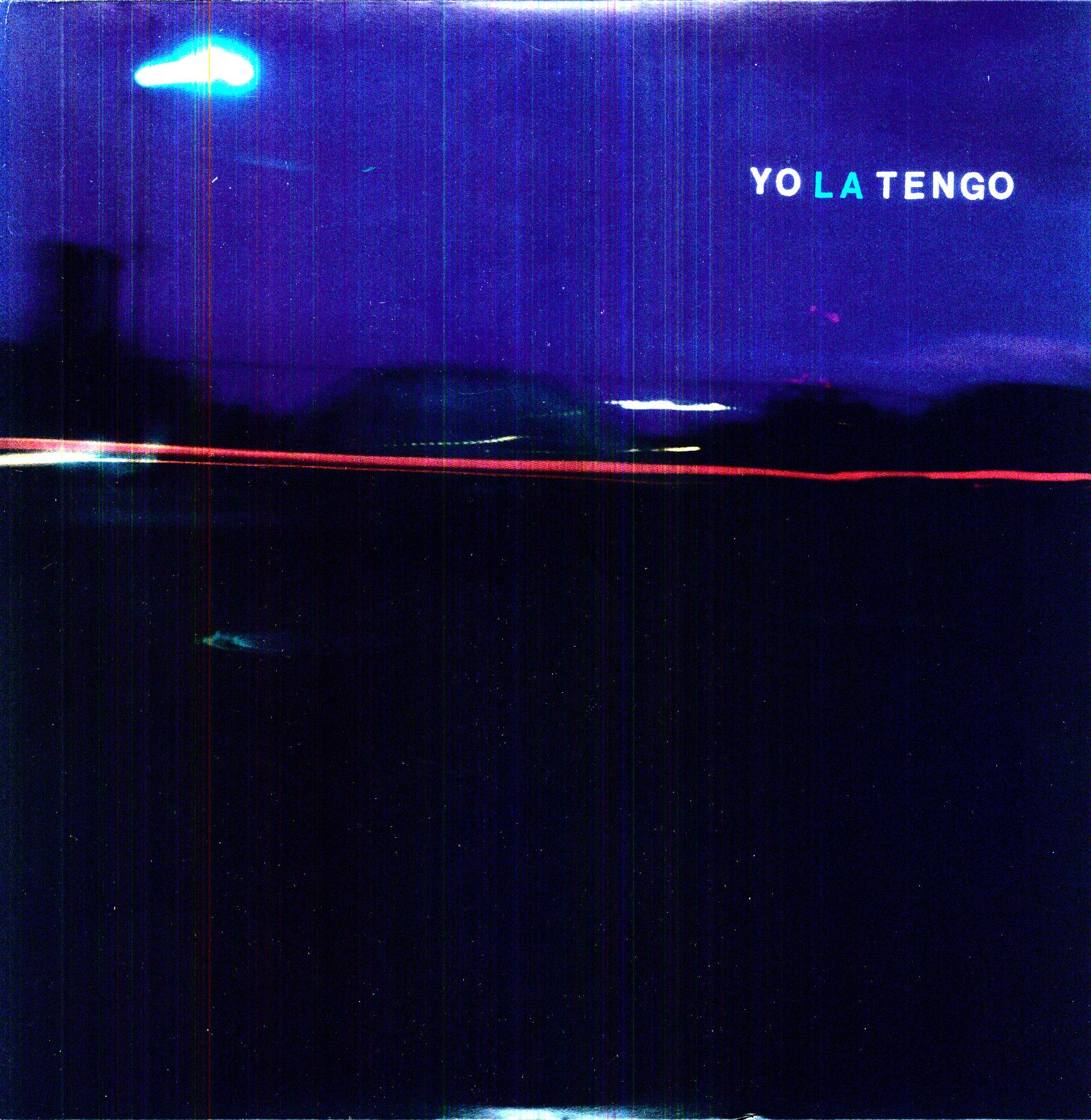 When I first heard “The Whole of the Law,” it was nighttime and it was snowing outside. Though it’s the ninth track on the eleven-track-long Painful, I discovered it as a standalone, stumbling upon the song on YouTube. I’d been listening to something else—who knows what, at this point—when I noticed the name “Yo La Tengo” in the “related videos” sidebar. I thought, Might as well try it out.

The video began, with just the nondescript, blurry dark blue and grayish album cover for a visual, and a soft, ethereal guitar riff came floating out through my headphones. I sat at my desk in my dark dorm room, my roommate already fast asleep in her bed behind me, and listened intently as two voices (one male, one female) began singing. “I used to have the notion / I could swim the length of the ocean / If I knew you were waiting for me,” they practically whispered in perfect harmony. A low thump on the drums occasionally joined them, along with a sleepy, owl-like hooting in the background. It was like a lullaby, both tragic and blissful. Near the end, the female voice became an atmospheric hum as the male voice sang:

And in just two minutes and twenty seconds, I was completed entranced.

I guess it might be appropriate that I discovered Yo La Tengo through what’s actually a cover of a song by The Only Ones. Yo La Tengo have a legendary penchant for covering little-known treasures—the sort of songs you only unearth after hours of browsing through buried, old vinyl records (which is definitely what this band does in their free time). So it’s no surprise that most of Yo La Tengo’s discography come off as meticulously curated little collections of original works and revamped numbers. Painful, which turned 20 years old just over a month ago, is a particularly impeccable example of the band’s artistry which set the standard for all of Yo La Tengo’s albums to follow. Not to mention, it’s my personal favorite of theirs.

Painful was the first recording to feature the lineup that the world would come to know as Yo La Tengo—guitarist Ira Kaplan, drummer Georgia Hubley, and bassist James McNew. The unpresuming New Jersey trio came together with such flawless chemistry that a young Rob Sheffield, writing for an even younger SPIN Magazine, concluded that “when a bunch of weird sounds add up to a masterpiece as casually majestic as Painful, well, ‘genius’ isn’t even the word, is it?”

But genius comes pretty close. The thing about Painful is that it’s full of paradox. Its opening track, “Big Day Coming,” is slow and dream-like, almost hypnotic with its repetitive, simple organ riff. Kaplan provides a distorted feedback that echoes off the walls of the song, his voice hushed as he opens the album with the line “Let’s be undecided, let’s take our time.” The second-to-last song on Painful, “Big Day Coming (2),” is the same song facelifted into headstrong, pure ‘90s alt-rock. The organ is replaced by a loud, pulsating guitar reverb, and Kaplan’s voice becomes emphatic as he declares, “There’s a big day coming, about a mile away / There’s a big day coming and I can hardly wait.” The song goes from shy and subdued to downright raucous.

Other songs are similarly, though not as obviously, contrasted. In the two songs that Georgia Hubley sings in, “From a Motel 6” and “Nowhere Near,” she goes from saying “Dream a quiet place for us to fight / Oh no, your heart is broken / Don’t you think that’s a little trite?” to “Do you know how I feel, how I feel about you? / All I know is when you smile, I believe in everything.” Later on in the album, an angry song about the end of a relationship, “I Was the Fool Beside You For Too Long,” is placed directly before the lovesick ballad “The Whole of the Law.”

There are no smooth transitions. It’s jarring, and yes, it’s painful, in a hurts-so-good kind of way. So take 50 minutes to flash back to this quietly momentous album—an album that was essentially ten years in the making (Kaplan himself has admitted the “group really started when we made the record Painful”) and has remained an influential indie rock staple for twenty years and counting.

Listen to “The Whole Of The Law”, here via Youtube: