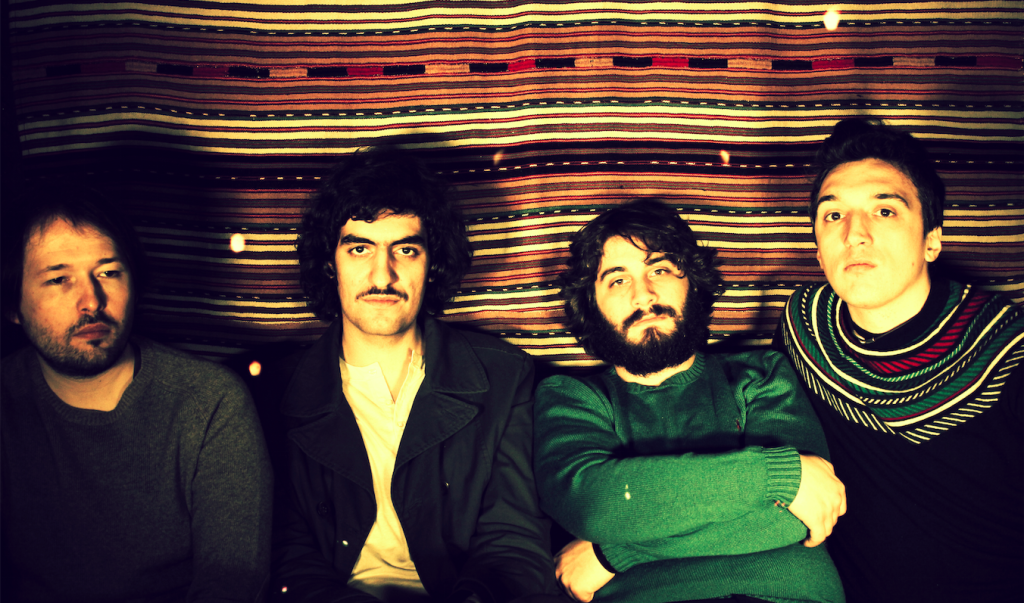 Ghosts opens with a bassline that worms its way into your brain, immediately hypnotic and catchy. The track, “She’s Lost,” unfurls with reverberating electric guitars that, at some points, craft a smooth wall of echoes and at other points, shred with gnarly intention. It’s a pretty accurate indicator of what the whole ten-track album holds: a blurring of the lines between ’60s psych fuzz and ’90s garage fuzz.

Ghosts is the sophomore full-length release from Italian four-piece The Vickers, who have been making waves in their home country since 2009. Andrea Mastropietro, Francesco Marchi, Federico Sereni, and Marco Biagiotti self-produced the album, and even recorded part of it in their own home studio in Florence, which makes the well-executed density of their songs even more impressive. This album would please even the most staunch psych-rock purists, taking cues from trailblazers like The 13th Floor Elevators. The Vickers play with instantly recognizable psychedelic tools, like trippy organs and reverb-drenched guitars that create a hazy and wobbly texture, but they approach the sound with garage-grunge sensibility.

The fifth track, “All I Need,” for example, borrows a little more from punk rock than classic psych, with its driving bass and percussion and significantly more clear, taut guitar and vocal work that brings The Arctic Monkeys to mind. “Walking On A Rope,” on the other hand, is a distinctly Beatles-inspired number that goes through several changes, switching from a somewhat jangly-pop sound to a wide open, falling-down-the-rabbit-hole sensation. The whole affair is practically an homage to “Lucy in the Sky with Diamonds.”

Meanwhile, “Hear Me Now” and album closer/title track “Ghosts” stand out amongst the bunch as more subtle and simple songs—the former has a sludgy, grungy edge, while the latter is laid back with an air of contentment. All ten of Ghosts’ tracks together form a very well rounded bunch, with a variety of influences that present psychedelia in new lights. The entire album is now streaming on Bandcamp.