While I was planning a visit to Boston, a friend invited me to see The Overcoats at the Berkelee College of Music’s Red Room. I knew nothing about the group or the venue, but the first few songs Spotify pulled up were catchy enough. I accepted without further research. I felt like being surprised.

I entered to music that sounded like a more upbeat, less repetitive Band of Horses. And damn, could the singer dance. I soon learned that this was Adrian Galvin’s project Yoke Lore and that The Overcoats discovered them at SXSW (despite the fact that both bands hail from NYC). Like me, they were immediately charmed and invited them on tour.

Galvin, who also played the banjo alongside a percussionist, provided witty and endearingly vulnerable commentary on each number. “Hold Me Down,” he explained, is about “needing to be encompassed sometimes. I feel like I’ll float away if I’m not held down by the ones I love.” His set included equally clever lyrics like “I wish I could see stars. They say lights keep me in the dark.”

After Yoke Lore left the stage and the Mai Tai I’d consumed an hour prior began wearing off, I was getting cranky. That changed once The Overcoats came walked on stage, clad in white clothing and sparkly platform shoes.

JJ Mitchell and Hana Elion hugged before beginning “Smaller Than My Mother” to wild applause. With a third member manning a drum machine and extra synths, they slowly swayed until the song’s electronic beat began to pulse. Then, all at once, they busted out dancing like friends in a club (but like those cool, stylish clubbers everyone wants to be friends with). Mitchell, whose rich, soulful voice harmonized gorgeously with Elion’s, ended the opening number with a wink.

They kept that energy up through the earlier portion of the show, running through fan favorites from their recently-released debut, Young. Right before “The Fog,” Mitchell announced, “the future is intersectional feminism.” The soul-folk duo also performed a new song called “Sirens” about “women holding each other up.” Yup, I definitely wanted to be their friend. 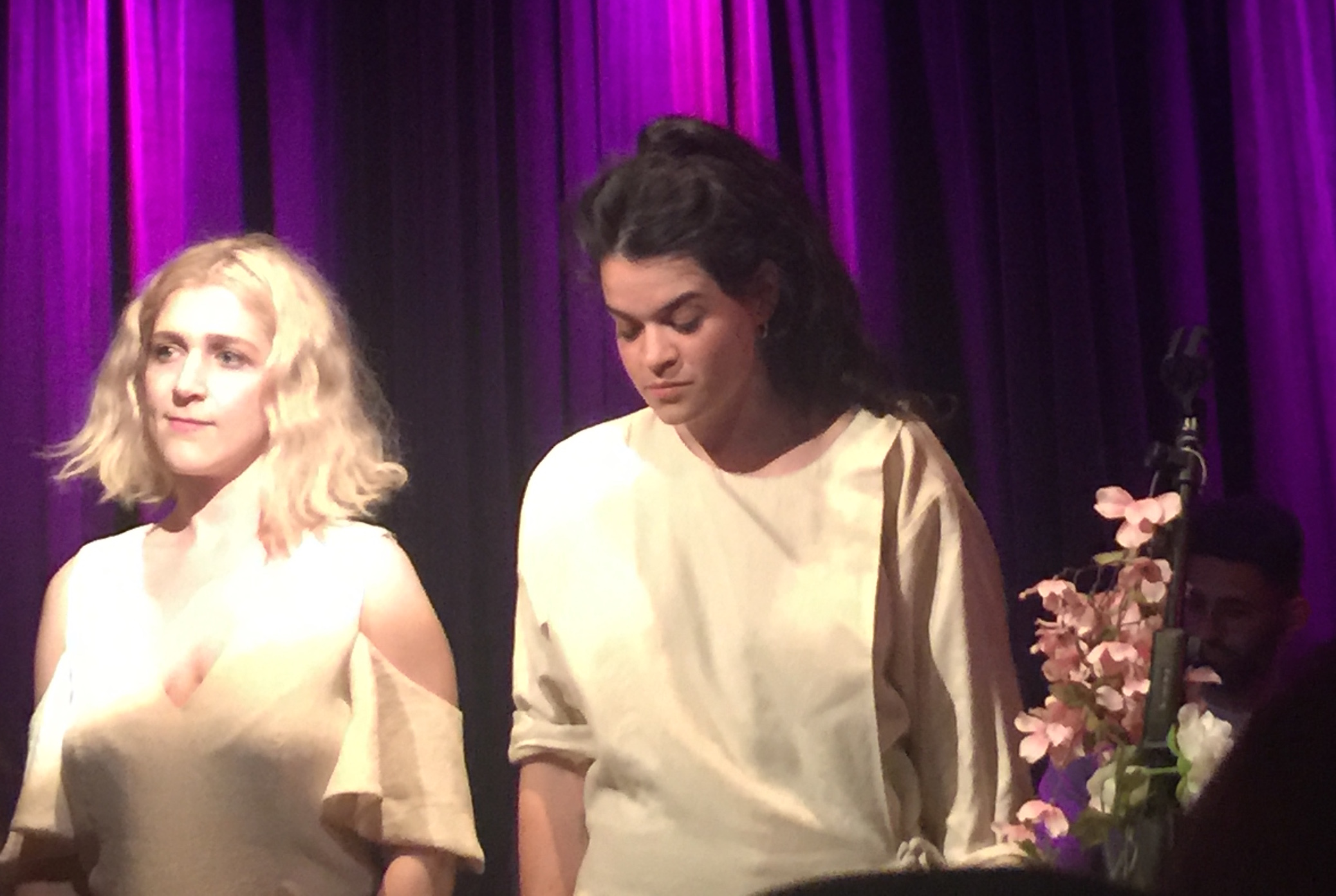 Having played their most popular songs in the beginning, the middle of the set lagged a bit with slower, less distinctive-sounding tracks. The Overcoats are still relatively unknown, and Yoke Lore is even more obscure. But if both acts’ energetic stage presence or the rowdy, packed room they entertained are any indication, that obscurity won’t last long.