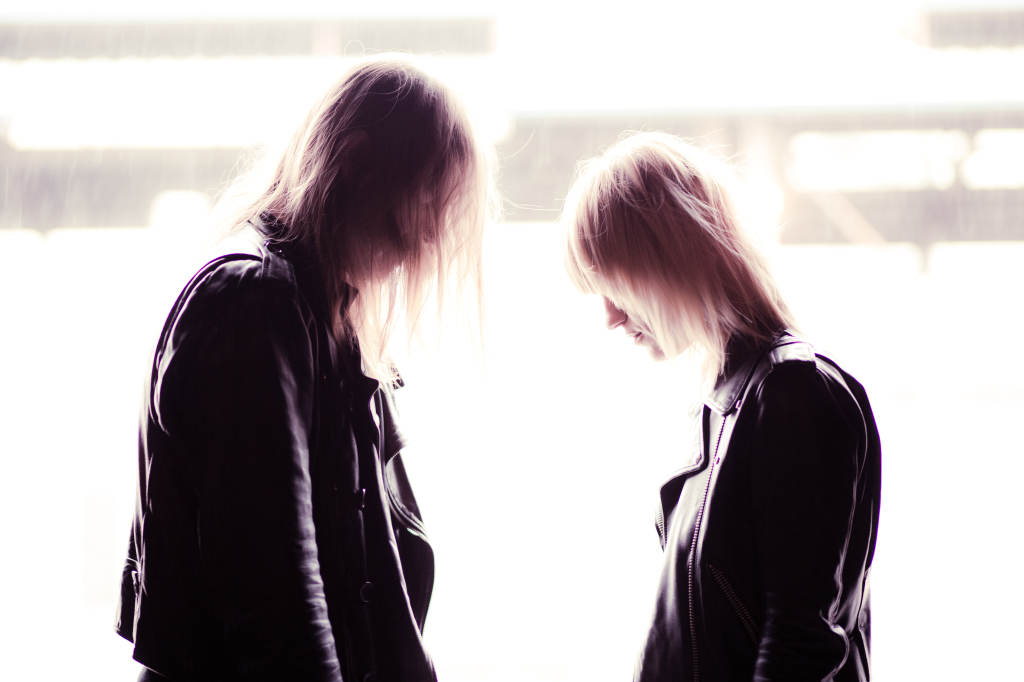 Happy day after Thanksgiving. Let’s fade away from sweaters and forced family relations and return to head-in-the-blogosphere normalcy with a viewing of Los Angeles duo The Bulls “Come Unwound.” Sex, drugs, and rock ‘n’ roll is a cliché for a reason, the trio go together like turkey, stuffing, with a dollop of gravy. Stick with weed and red wine for this one, as far as this video is concerned sex and rock ‘n’ roll are a delicacy to be savored rather than substance to be abused. Yet speaking of abuse, the bondage-themed video uses shibari (the ancient Japanese form of rope bondage) to illustrate the ethereal sounds of Anna’s voice paired with Marc’s strumming. An anonymous woman dressed in a ghostly white body suit and dominatrix black heels sways to the lovely music as beautifully intrinsic knots tie across her body with bold red rope. Laced through the bondage scenery is Anna, singer and multi-instrumentalist and Marc the guitarist in leather jackets in an empty warehouse that just as easily could have been used for a Kink.com shoot. Like that time I wrote about group sex while wearing a gingham sundress and my hair up in a bun, the video uses (my favorite) artistic technique of meshing the traditionally beautiful with the perversely taboo. In The Bull’s case, it’s a blonde playing the violin with arms tied in scarlet bondage ropes. The soft shoegaze yings as BDSM imagery yangs. Take a break from Black Friday online shopping and watch the video below (then talk dirty in French).