Skip to content
What started off as a raging race around Lower East Side for a parking spot turned into a placid, serene anchorage at Bowery Ballroom. Bellows, Soft Cat and the halcyonic Mutual Benefit played a hell of a show at one of our favorite spots on Delancey. 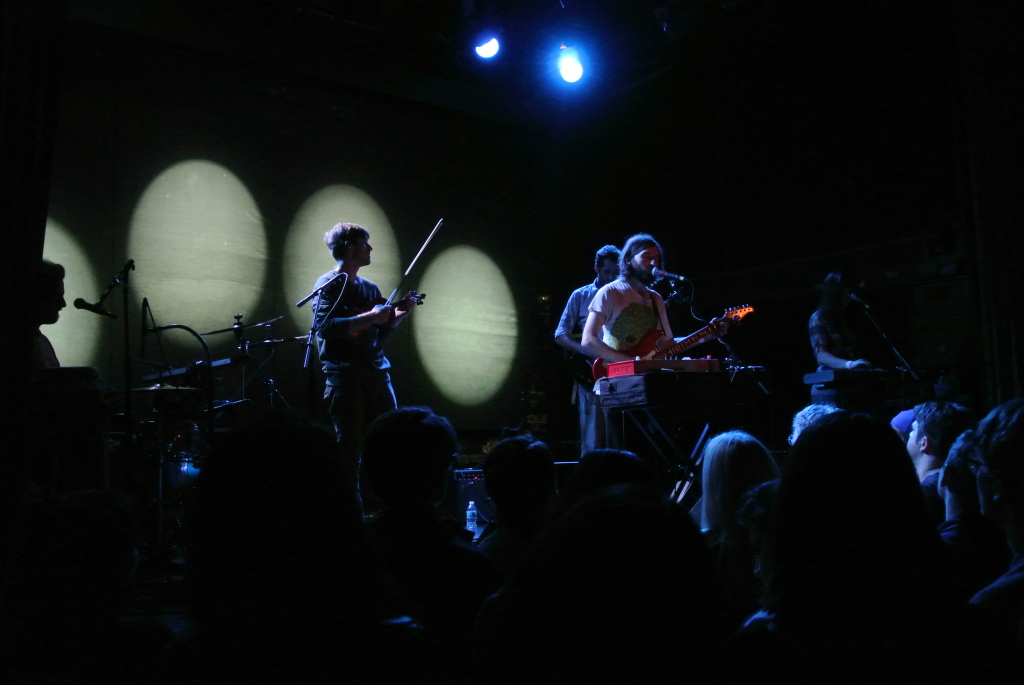 It was beyond remarkable to see the whole live band of the evening playing these harmoniously tranquil yet riveting orchestral songs. Vocalist Jordan Lee was definitely not shy at the show, playing alongside his sister. I was lucky to have been a part of the family reunion, for Lee is known for traveling with ever-changing band members. I love the Bowery for its capability of housing a few New York City blocks while keeping its intimacy for fans. Even while posting up back-in-center or front-right, the violin resonated in the joints of my body as though they were being bowed. They opened with “Strong River” and played my favorites “Auburn Epitaphs” and “Advanced Falconry.” “Golden Awake” was as harmonic performed on stage as it was listening to it on my headphones in my quiet home. That was impressive in itself, the audience muted like Central Park’s ‘quiet zone’ to appreciate every band member’s piece.
Mutual Benefit performs live with a sensitivity and tranquility on par with their poetic lyrics. Their 2011 EP, I Saw the Sea, was primarily about the ocean and its alternating and dynamic beauty, as described by Lee. Being a part of the performance washed that grace over me; I was nothing short of mesmerized by the perfect patting on the long bongos or the violinist fiddling with his hands shaking the bow and fingering infinitely with Lee as their captain. 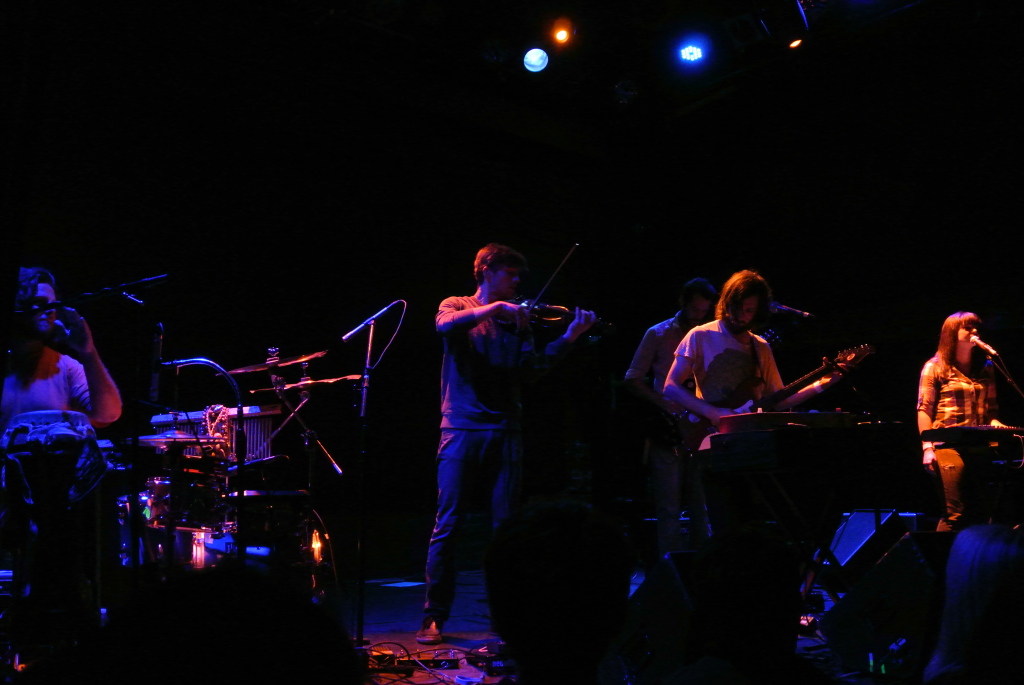