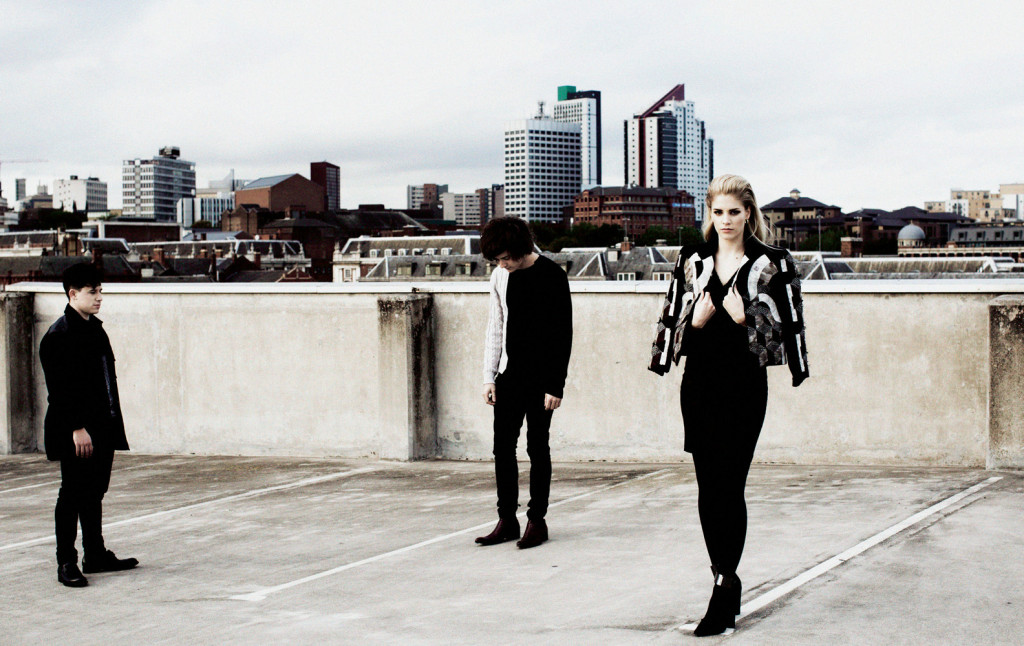 It was only about a week ago that I finally listened to that London Grammar album I’ve been holding onto for a few months now. Unfortunately, the British trio got bumped to the backburner as the Coachella lineup came out in January and my playlists have since been dominated by Coachella artists. Regrettably so, because London Grammar is the moody trip-hop my life has been missing as of late, and had I played If You Wait sooner, my love for them could have run deeper when I saw them at their show at The Wiltern in L.A. (that’s not to say that my week long obsession has not resulted in an undying affection).
Let’s start with The Wiltern, located unusually in the middle of Korea Town. Amidst the countless strip malls with abundances of Pho restaurants, the Wiltern sticks out like a sore thumb. The venue is a beautiful art deco style theatre in the usual sense, with every inch of wall space covered in some artistic accent (they just don’t make venues like this anymore). Its elegance was befitting of a London Grammar performance, with its sleek, thoughtful consideration of detail and beauty. My seat was in the Mezzanine section on the farthest part of the balcony, which was more than okay with me because I have spent my fair share of concerts waiting in line for hours beforehand, hoping desperately that I get that spot on the rail, a necessity for a woman only clocking in at 5’2’’. Also, it sounded like a good idea to have a seat away from the pit, so I would be able to just absorb every moment of the show, without worrying about whether I’d be able to see or not. My vantage point was pristine, and I could tell any seat in the house was a good one.

So let’s jump right in to the performance. Dominic “Dot” Major and Dan Rothman were the first to step out onto the dark stage. Dan began playing those riffs that have left the band in a position to be relentlessly compared to The XX (not that that’s a bad comparison to be made), with his haunting, reverberating whisper of guitars behind Dot’s keyboard and electronic work. It sounded as if they are sampling their own music, but each sample is indistinguishable as a song as they seamlessly piece together each musical bit. And then, of course, Hannah Reid finally joined them on stage. She began with what turned out to be a lengthy vocal solo, the kind that raises the hairs on your arms and hushes the crowd into awe. This was her chance to shake off her nerves, and it was apparent that she was a bit reserved (and as she later admitted, rusty, for this was their first performance in three weeks after almost a year of touring). There were only a few moments in the intro where her vocals frayed, but as a whole it was a good indication that the show was going to be remarkable.

My favorite song by them has changed every hour for the past week, but walking into this performance I can without a doubt say that “Wasting My Young Years” has grown on me the most. I figured this would be the most poignant moment of the night for me, because those lyrics sure do ring true for any young adult, never mind Hannah’s strain when singing that “maybe”—gets me every damn time. Sadly, this was probably my least favorite song of the night. Perhaps my expectations were just too high, but she sang the chorus  slightly differently and I thought the live rendition would crescendo into some sort of epic ending, especially since Dan kept jumping onto a drum kit. It wasn’t bad by any stretch, I just feel that it is one of their strongest songs, and exemplifies their sound as a band (never mind the fact that one of the two tees they sold at the merch booth bears its namesake) and they could have capitalized on transforming through live performance. Also, it was the third song on the set list, which I would have much rather preferred it towards the end, perhaps even in the encore.

This didn’t muddy the rest of the night, however, and the band made up for it in other surprising moments. One was during the final encore, “Metal and Dust” which is their most experimental track on the album. It is the song that doesn’t sound like the rest, not relying as heavily on the piano and Hannah’s vocals. Unlike “Wasting My Young Years”, with “Metal and Dust” they chose to transform it through live rendition. She sang the strange falsetto portions toward the end  that on the album version sound like samples coming out of a machine.

The songs in the second half of the show definitely were the strongest, as Hannah seemed to loosen up both in her personality and her vocals. It was apparent that she is not fully comfortable on stage yet, and she even admitted so during the show. Her fear of becoming paranoid from contact high was brought up twice as she advised the people in the front row to cool it on their joints, respectable but also a bit overkill. There are certain things to be expected at concerts, and weed ranks pretty high among those things (stupid pun). She was obviously very wary of what would affect her performance, which is fine. But it also made it obvious that she has a little bit of stage insecurity. Nevertheless, by the end of the show, she seemed at home.

The two best performances of the night were easily “Strong” and “Nightcall.” “Strong” is one of those tracks that strikes a chord with just about everyone, and was bound to be a hit live. “Nightcall,” for me, stood out the most. The Kavinsky cover was better than I could have anticipated. During the lulling bridge, Dan’s piano playing seared through the theatre, and you could hear Dot’s fingers move through the chord progressions. When it erupted, the low end of the piano was jarring and Dot’s tremolo picking sang behind Hannah’s near shouting of the next chorus. It didn’t actually vary much from the album version, it was just amplified powerfully.

All in all, I feel as if I’ve fallen down a London Grammar rabbit hole. I cannot stop listening to them, and getting to see them a week after familiarizing myself with their work was a treat beyond my wildest expectations. Plus, it’s always a luxury to see a band perform on a tour of their first album. To see them grow will be exciting, and to see how their stage production will grow will be very interesting. I will be anticipating their return to the states after their leg of European tours, because this show only deepened my affection for their music. Hopefully, they will return in time for festival season next year!