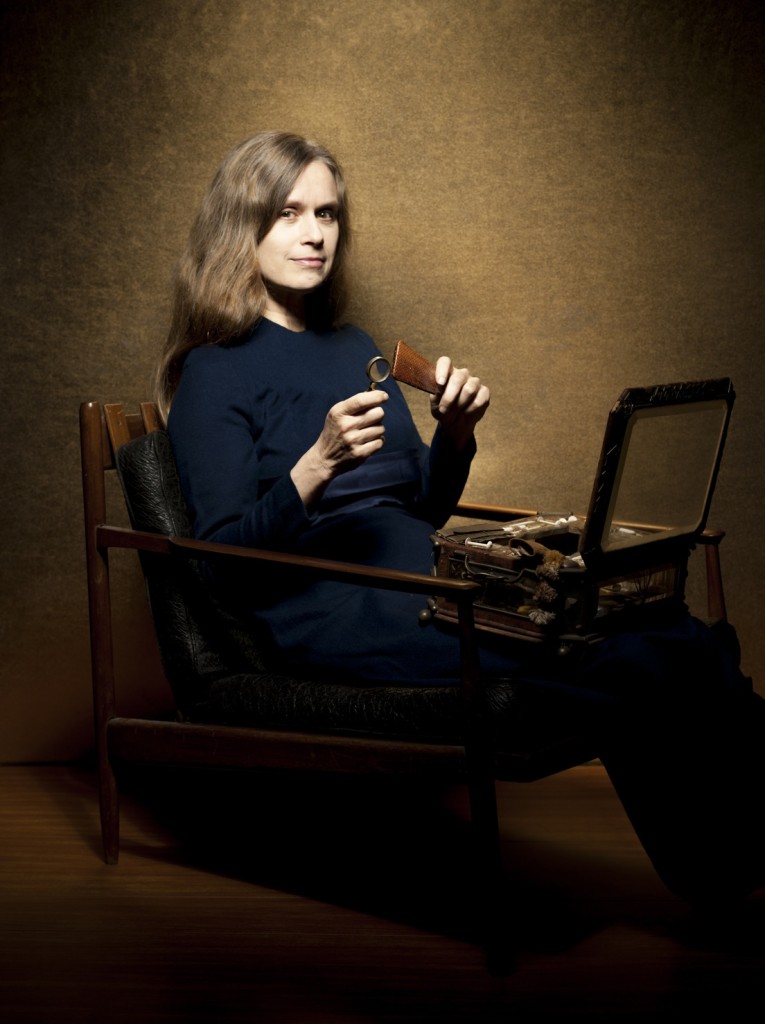 Juana Molina hails from Argentina, and, like the rich, full-bodied Malbecs her homeland is known for, Molina’s tunes sit robustly on any musical pallette. Molina is just as intoxicating, too, an experienced live performer with five records of material to cover, she managed to hit every sensitive nerve, like ripe fruit and tannins lingering on the roof of the mouth.

Molina sings mostly in Spanish, and admittedly, I understand only enough to order confidently (maybe impressively?) from a taco truck. But listening to Molina, little is lost in translation; her experimental, polyrhythmic vocal style doesn’t beg lyrics to be discernible and I suspect that even the fluent folks in the audience at Le Poisson Rouge were listening for the inventive vocal stylings, creative loops, and exuberant expression moreso than lyrics themselves. She acquiesced to the packed audience’s assumed language between songs, her stage banter spoken in warm, sparkling English stage banter with genuine sincerity and humor.

Beyond her impressive, hypnotic vocal stylings, her guitar work was simply breathtaking. Of course, she didn’t play just any guitar; that night, she was strumming a 1966 SG Special – an electric, classic style instrument. Though she vented to the crowd about how everyone has been bugging her to purchase a tuner, Molina’s layered tones rang golden, her old school flair updated within the modern movements.

Juana Molina’s performance was made extra special by how visual and fearlessly romantic it was. She sang graciously yet powerfully in her native tongue. “Eras” brought the crowd into her realm of energy through the velvety smoothness of her voice and melodic beat. As I stood there, I felt a sort of vibrational force wash over me, the rich, textured noises providing an expansive yet swaddling cocoon. No matter how varied these sounds were, they came together with a similar resilience. Her mesmerizing abilities did not stop there– in “Un Dia,” the title track from her 2008 release, she used a loop pedal to create that unique background for the song, layering keyboard atop masterfully. She was very in touch with the details – let it be said that Juana Molina does not mess around with the preciseness of her music. She knew that at one point, her guitar was having trouble tuning because of the air conditioning hitting the strings and delicate wood. Her songs are made more intimate and spiritual because of the relationship she displays with her instruments.

Molina is touring in support of Wed 21, released this past fall. Reaction from her fans? Well worth the five-year wait. Molina’s brilliant dynamism is sure to take audiences on a journey that will feel both spiritual and of this world.

UPDATE: Check out Carena’s interview with the vivacious Molina here.