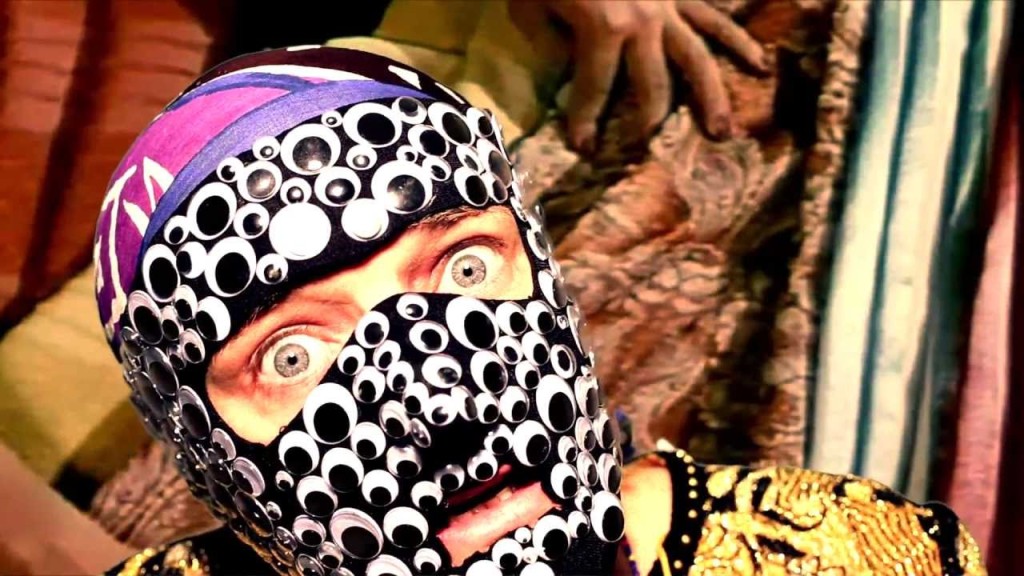 As with all art, it started with a glimpse. As with all art worthwhile, my gaze lingered. This describes my first encounter with Johnny Mackay, the shaggy-haired Australian known for Children Collide, and now the force behind the psychedelic group Fascinator. I was intrigued by him, as well as his lovely girlfriend Bridget, an oboe player clad in a floral-print dress. I noticed the two while they was still part of the crowd, unaware that soon they would be covering their streetwear with glittering robes and black flat brim hats adorned with googly eyes to take the stage. Johnny introduced the world to Fascinator this past October with the video “Sexuality Mystery” and the release of a five-song EP Birth.

Yet it wasn’t just John and Bridget who ascended the stage. They were accompanied by a group of friends who danced behind them playing imaginary instruments. It took me an entire track to catch on that the drummer wasn’t actually playing the drums. To the dude playing the air guitar: mad skills homie, but I was onto you. I wasn’t even high, but it was sort of like getting really stoned and seeing a film on mute at a party and trying to figure out if the music playing is coming from the film or speakers elsewhere.

To compare a musical act to an acid trip is as cliché as it is to tell someone it’s not you, it’s me during a breakup (even if it actually tends to be the case in most instances) so I’ll go ahead and say boldly that the performance was a bit (okay, entirely) a trip. If you weren’t part of the scattered crowd, and have slowly rolled your eyes at a LSD comparison in a music review, please enjoy the music video for Fascinator’s “Mr. Caterpillar” to see what I mean:

The small back room of Pianos didn’t quite do Fascinator justice. It would have been great for a DJ set, yet if they’re going for the matching robed cult look, I want to see them perform out in a field with sunflowers Edward Sharpe-style. Unlike Edward Sharpe shows, there’s no risk of the audience sitting down during a Fascinator show. The charisma and costumes are enough to keep you dancing and stomping grass, not to mention the delectably experimental electronic beats.