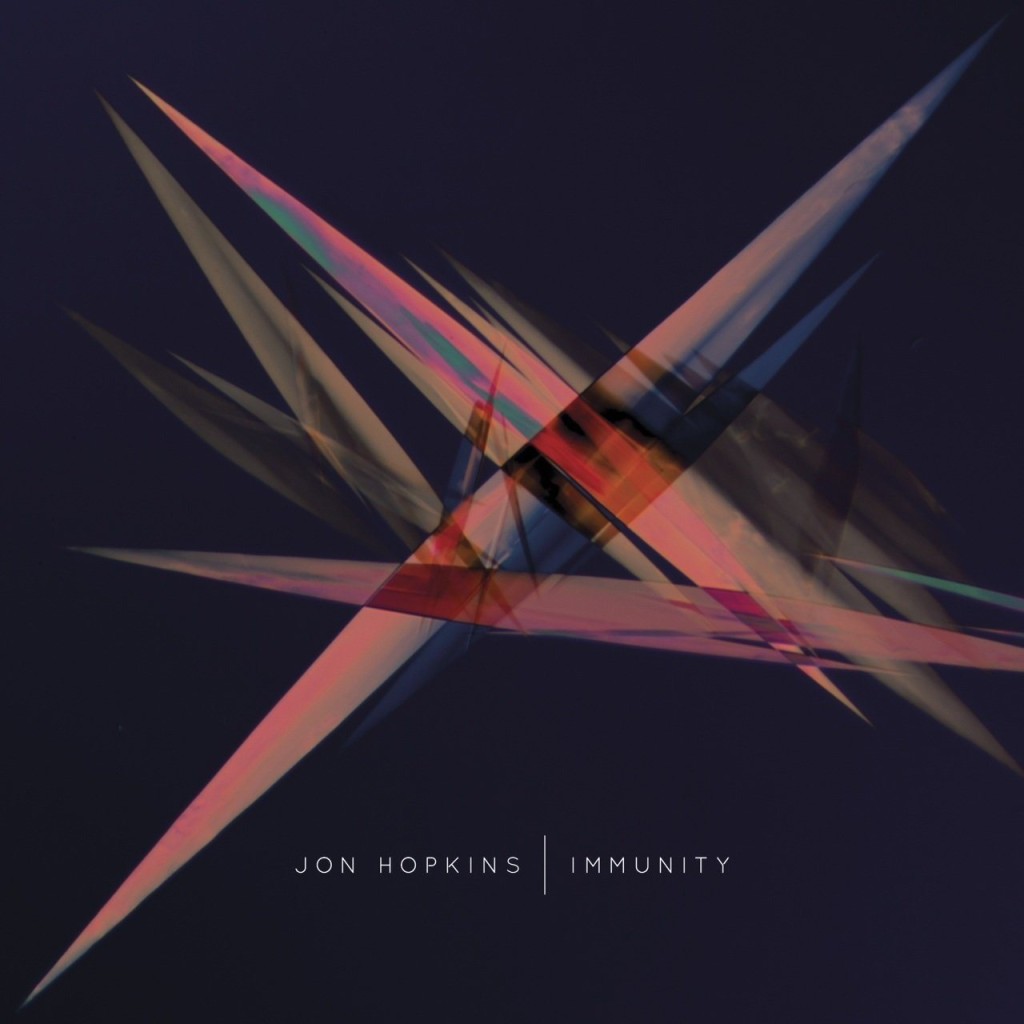 A protégé of Brian Eno is sure to be a success. Therefore, Jon Hopkins was. With multiple Mercury Prize nominations and many headlining artists knocking at his door, Hopkins has always been an innovator of looping ambient beats and, experimental conflicting sounds. Produced in under a year, Immunity showcases Hopkins’ true talent for providing a story, this one said to have been modeled after a night out. Subtle vibes of Trainspotting are sure to be sensed.

Immunity could be likened to Eno’s Small Craft On A Milk Sea (which he also helped co-produce) with its shimmering and clashing electronic beats and atmospheric vibrations. It’s an eight-track trip through Hopkins’ stewing mind. Immunity is a far cry from 2010’s Monsters, which is more like a movie score (something he is very much acquainted with). This album overall has an erratic and  vibe, kind of like a journey to find oneself, but not as lame. Because I have a weird penchant for timing in music and I notice these shenanigans right away, the time signature seems off through 97% of the album but it somehow works with the concept. Mismatched rhythms are an unchanging theme, especially prevalent on “Open Eye Signal,” a jagged sounding pill of a track akin to a comedown from drugs.  “Collider” reminds me of those songs you put on in the background to do things you couldn’t do without a repetitive flow, like studying or writing an album review (ahem). Most of the songs seem to stay steady and build up without a release, like a melodious tease, whose beauty one doesn’t mind being immersed in for a while.

Halfway through, the album makes a 180 with “Abandon Window.” A sporadic piano composition begins, surely conceived near a rain-streaked window in the afternoon, contemplating life’s faults and setbacks. That same undertone continues into the next track, “Form By Firelight,” which provides more of a beat and thus feels more tangible. The sweeping, nearly 10-minute-long closing title track wraps everything together with a tidy, piano-driven bow and makes you wonder how Eternal Sunshine For The Spotless Mind was made without it.

Jon Hopkins is a creator, that’s for sure. He can collaborate with the best of them (Coldplay, Eno, Imogen Heap to name a few) and turn out his own highly accredited albums. Immunity is surely a presentation of what’s on the horizon for Hopkins.

Hopkins is embarking on a world tour and making a stop in Manhattan at the Santos Party House on November 16th. Until then, catch the video for his single, “Open Eye”, here via Youtube.