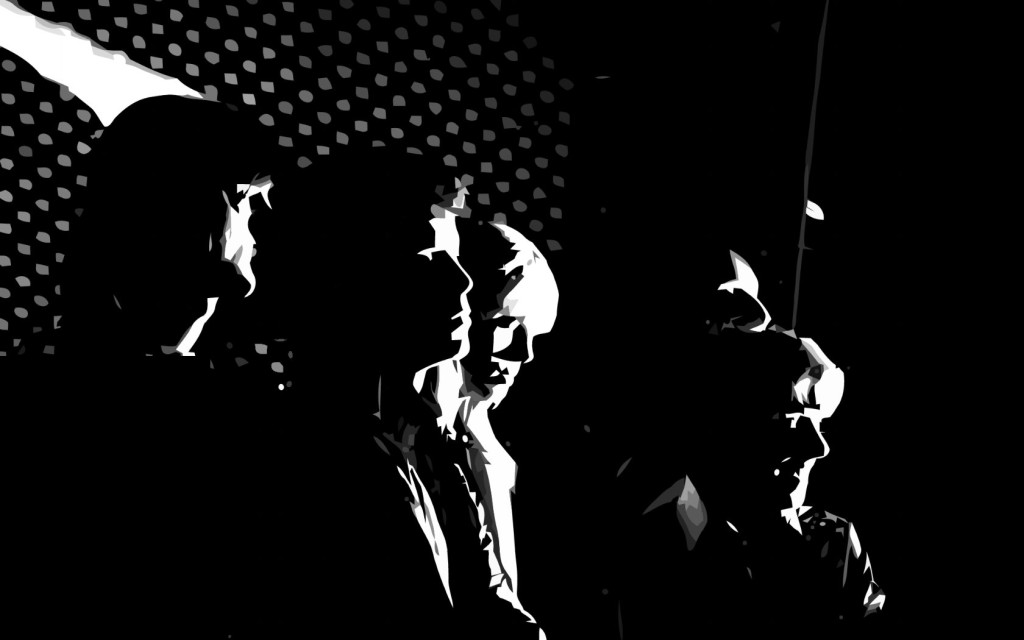 When I sat down to write my first entry for Audiofemme, I knew that I wanted to write about Lou Reed. While there are undoubtedly swarms of articles surfacing in memory of the late Lou Reed, I found that journalists mostly took one of two routes; some discussed Reed’s life and his social impact in popular culture, while others discussed his influence on punk, rock and alternative music. Being a lifelong Velvet Underground and Lou Reed fan, I believe that Reed’s actual musical contributions are what should be commemorated in the wake of his recent passing. I will highlight here one of the Velvet Underground’s more underrated songs, “The Murder Mystery”, off of their 1969 self-titled album.

If you have never heard “The Murder Mystery” before, listen to it immediately. It’s one of the Velvet’s quintessential songs, incorporating rhythmic and melodic dissonance, sound feedback and unconventional composition. “The Murder Mystery” consists of four different songs that have been forced together to create one song . Each member of the group sings/recites their own narrative. These narratives are constantly clashing. All four band members (Reed, Maureen Tucker, Sterling Morrison and Doug Yule) speak over each other, either by overlapping the other’s narrative, reciting lines at half the speed of the other, or by completely clashing.

The song is just shy of  nine minutes long, and is divided into two parts, with a brief transitional section.  The first five minutes follow the same format, consisting of verses with two narratives directly clashing while Tucker and Yule sing a brief chorus of overlapping melodies. At around six minutes into the song the music starts to climax and the rhythms develop dissonance as the music becomes increasingly discordant. This is elevated when the track is suddenly filled with feedback and Yule haphazardly slams on the keys of a organ.

The final section is the most interesting. Amongst all this disorder, a poppy, upbeat chord pattern is introduced on the organ. The discordance fades as the organ increases and the last verse of the previous section is cut short mid-word. This new section is accompanied by new vocal patterns, where two different narratives are recited in unison.  The organ accelerates and the lyrics of the song become increasingly macabre.

“…contempt, contempt, and contempt for the seething for writhing and reeling and two-bit

reportage, for sick with the body and sinister holy, the drown burst blue babies now dead

on the seashore, the valorous horseman, who hang from the ceiling, the pig on the

The music accelerates as clashing chords and notes appear amongst the original pattern. Someone smashes on the organ once again, as a mountain of noise builds briefly only to fade out. The dichotomy between the cheerful melody and the morose lyrics creates a sinister atmosphere that adds to the unsettling feeling that “The Murder Mystery” leaves you with.

The lyrics of the whole song are extremely esoteric and hard to interpret. Most of the song feels like a flow of consciousness, making it impossible to follow. At times it seems like they are ranting about the superficiality of the popular music scene:

understanding the simple the inverse, the compost, the reverse, the obtuse and stupid,

the real thing is dying…”

At other times it just seems like the lyrics are so meaningless that they are mocking the listeners:  “No nose is good news” . Sometimes they are self-referential, making subtle nods to “Sister Ray” and “Black Angel’s Death Song.”

To say that I completely understand this track would be a lie. It is, however, one of the Velvet’s most innovative and unconventional songs.  The Velvet Underground made a creative shift on this album, most likely as a result of John Cale’s departure from the group. Other members of the group began to feature more prominently, and Reed moved away from his power rock guitar chords to a more lo-fi folk sound. Listen to the “The Murder Mystery” first all together, and then listen to it again with only one ear to your headphones, to decipher each narrative.

One thought on “FLASHBACK FRIDAY: “The Murder Mystery””