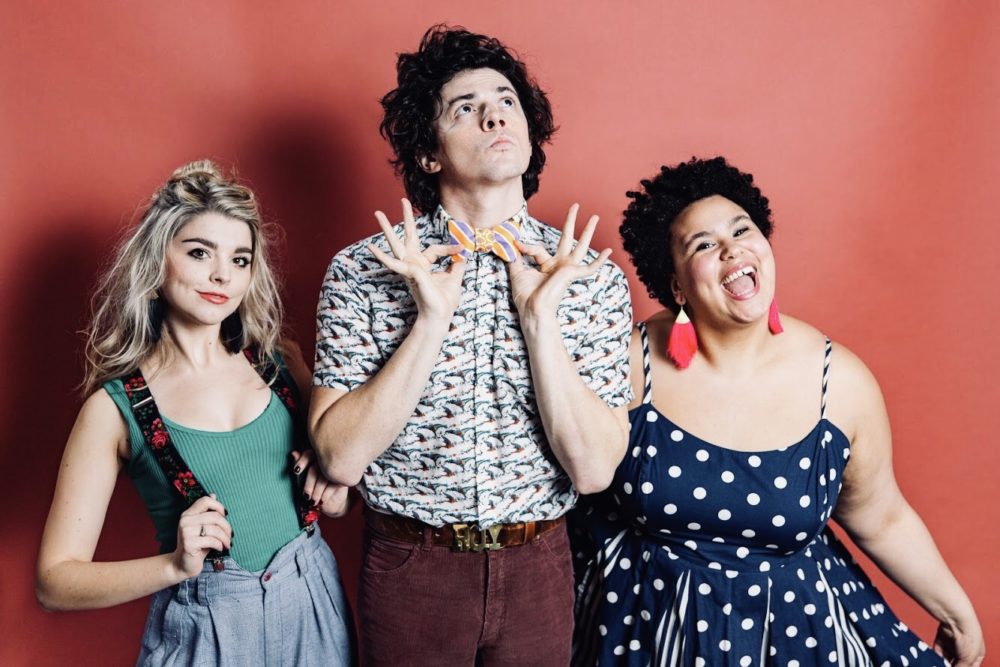 When Bandits on the Run sing about “Love in the Underground” on their latest single, they’re not constructing a metaphor about secretive or troubled love. They’re quite literally telling their own folk-pop origin story, which began in a New York City subway station.

Cellist Sydney Shepherd met guitarist Adrian Enscoe while he was busking, and shortly after, they fell in love and formed the band along with Shepherd’s friend, Regina Strayhorn. The group continues to perform on subway platforms and brings elements of busking to their other live performances.

The members all have a background in musical theater, which figures into their concerts as well. They’ll put on “shenanigans,” as Strayhorn puts it, such as staging puppet shows, shooting confetti out of canons, and performing skits with “Manny the Manager,” a mischievous character played by a friend of theirs.

They also like to get their audiences involved, prompting them to select their own “bandit names.” As for the band members, Enscoe is Roy Dodger, Shepherd is Bonanza Jellyfish, and Strayhorn’s alias is simply Clarissa. The monikers chosen by their fans have included Washington George and Bath Salt O’Neill, and their producer William Garrett is known as Lucky Jesus.

“We don’t think of ourselves as the only bandits in this world,” says Enscoe. “We think of it as a world, and being very participatory: Anyone can be a bandit. You only need a bandit name.” 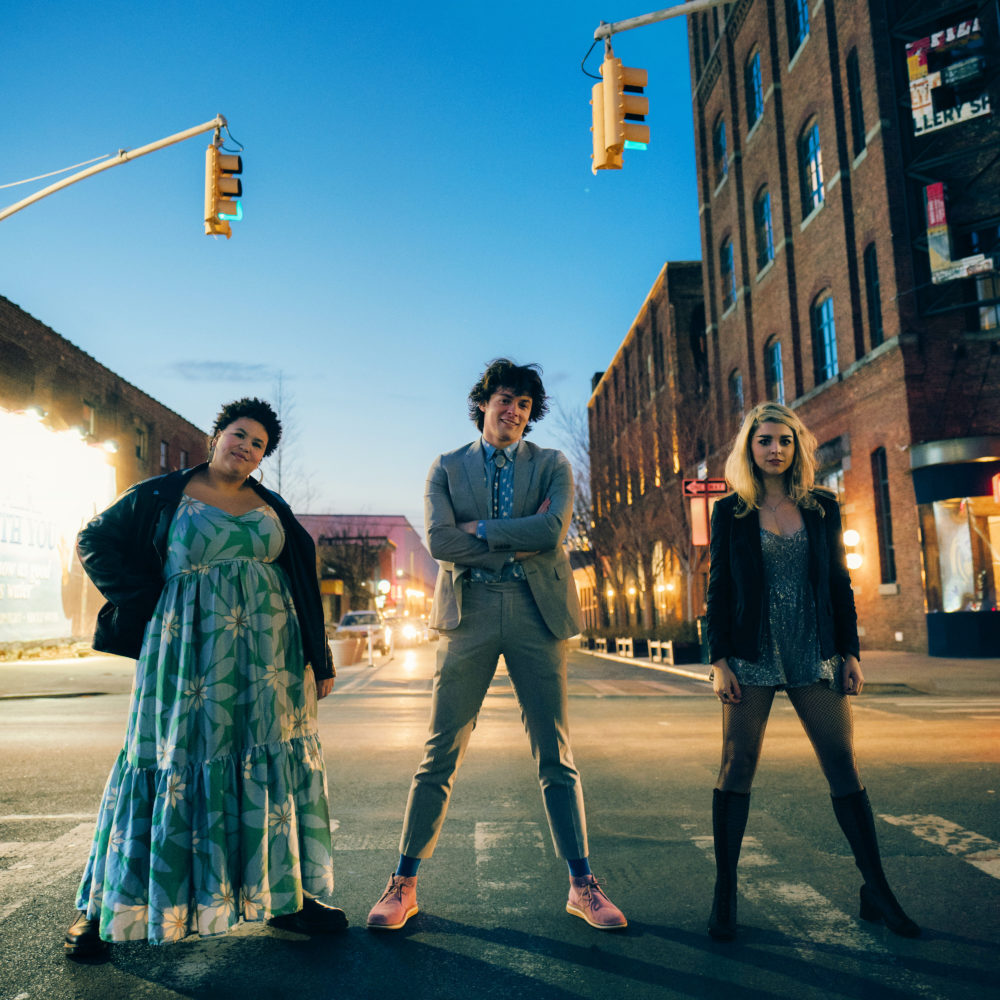 “Love in the Underground” was released as a double single, with a B-side that Strayhorn describes as the “shadow” to the A-side. The shadow version has a slower tempo and a dramatic, almost foreboding-sounding piano accompaniment. The band is about to release a short film that includes both versions of the song and depicts the light and dark sides of a relationship.

“The A-side of ‘Love in the Underground’ really speaks to the excitement of meeting somebody new or being in a new situation where you can take a leap of faith,” says Strayhorn. “The B-side really leans into vulnerability and how tender that can feel when you are trying something new.”

With several scheduled performances canceled due to the coronavirus – including an SXSW showcase – the Bandits are currently shifting their attention to other projects, including some new songs and a fictional podcast that incorporates music. When we spoke, they were holed up in a cabin in the North Carolina mountains and planning several live-streamed concerts on Instagram and Facebook.

The band just posted a Youtube video of themselves performing their song “We Battle Giants,” which Enscoe and Strayhorn wrote for Shepherd as a birthday present, for NPR’s Tiny Desk Contest, which they enter every year. “It’s about being together and adventuring in the face of adversity,” says Shepherd. “It’s kind of nuts how it’s relevant right now. It’s really speaking to people, and I think it’s cool how we wrote this thing that was really for ourselves, but it’s got this strong universal message.”

Bandits on the Run is more than just a band — they’re a whole act, one that brings optimism and laughter to a world that very much needs it. “We like to have a sense of play, and sometimes that means leaning into our shadows,” says Shepherd. “But everything else is pretty light and joyous. Especially now, people are turning to us for joy because the world is sort of nuts, and we’re trying to stay positive in the face of it.”