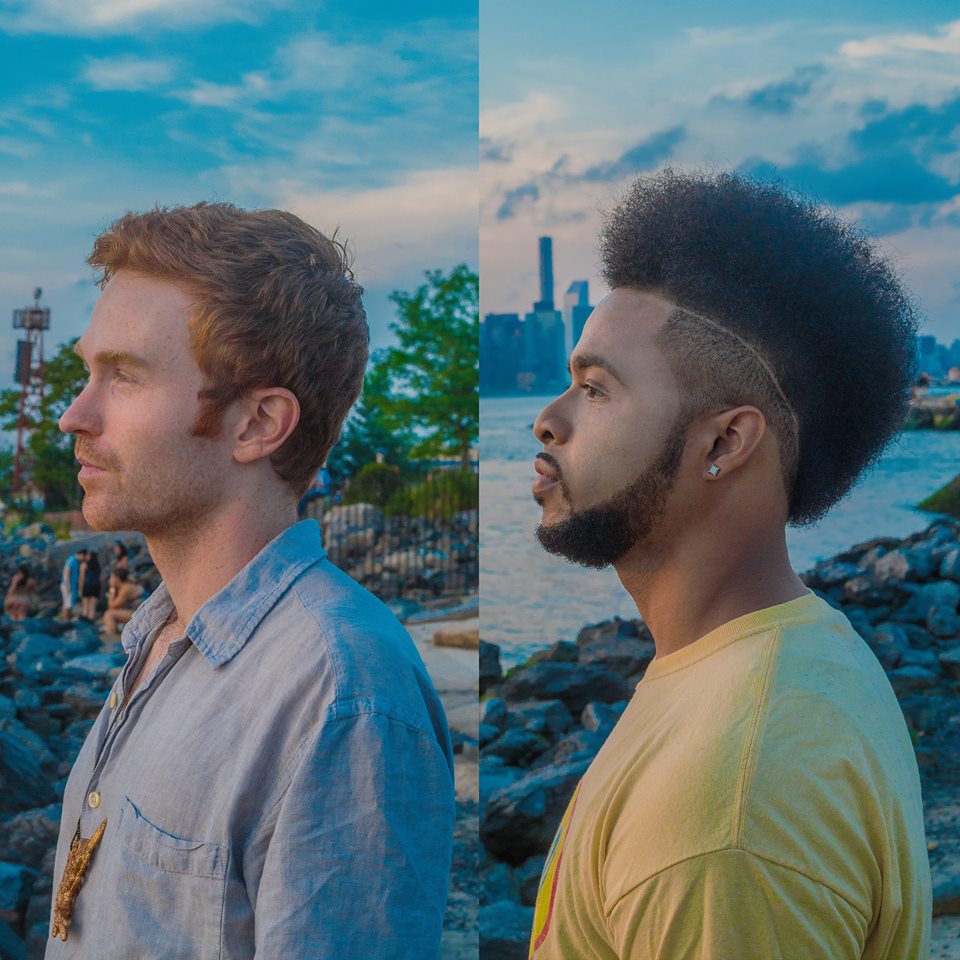 Brooklyn-based duo Cool Company are releasing addictive, smooth, jazzy hip-hop tunes that’ll make your toes tap and your head sway. It’s the sort of music you want to be the soundtrack to your life, filling you with confidence and chill as hell vibes as you go through your everyday routine. Although we weren’t able to make our busy New York schedules align perfectly for a sit-down interview, I was still able to chat with Cool Company about how they got together, their musical influences, and their plans for the future.

AudioFemme: How did you meet and start making music together?

Yannick: We met way back in my junior year of high school. We were sat next to each other in choir, and then we both went on to make it into the honors choir the next year. We didn’t start making music together for another four to five years, though.

Matt: I had got into producing rap beats, but I didn’t really know any rappers, so me and my friends would get high and write joke raps. We kept inviting Yan to join—finally he did, and to be honest, it wasn’t that special at first haha. But we kept making stuff together, and he kept getting better and better exponentially faster than anyone else I had worked with, so soon enough we decided to give it a serious shot.

Do you have more in-depth backgrounds in music?

Y: I was always singing and dancing around the house as a kid, so my mom made me join church youth choir. I wasn’t that into it at the time, but I guess it all worked out because it eventually led to this.

M: I started playing trombone in fifth grade because I thought it was funny how the slide went in and out and you could poke people with it. I picked up the guitar a few years later when I got into music, then piano, then bass. I’m known to pick up a ukulele from time to time, and I love playing with various percussion instruments, which incorporate into my production a lot. Next on the list is the flute.

I also sang in choir, where I met Yan.  I went on to study classical composition in college, which has influenced my production a lot, even for the pop/hip-hop songs.

What was the inspiration behind your upcoming full-length?

Y: We wanted to make something really upbeat and fun while still having some substance and thoughtfulness. I’d say the project was inspired a lot by the ups and downs of a Brooklyn summer. Life.

M: Each song is basically a journal entry for both of us. Whatever was stimulating us at the time led us to create what we created. So since we both see the world in a particular way as individuals, this album really gives you a taste of our personalities. In the time since our last album, we’ve created maybe 50 or so songs. We had to say goodbye (for now) to a few good ones, but I think we picked the strongest and most cohesive combination.

Do you have any favorite songs off it?

Y: They’re all my babies, but if I had to choose right now I’d say “Slice of Paradise,” “Faded,” and “Life.” “Life” is really one of the more dynamic songs we’ve written. It really takes you on a journey.

“Slice of Paradise” is one of those where, as soon as we had the first cut, I hit up our manager ASAP because I knew we had a major song there.

M: It’s hard to say because they were all my favorites when I made them, but mine right now are “Slice of Paradise,” “Life,” and “End of the Night.”

Who are some other musicians you draw inspiration from?

Y: I grew up hearing a lot of MoTown from my parents, and I can never seem to shake the influence that has on my songwriting. More recently I listen to Frank Ocean, Chance, Kanye, The Weeknd and this artist named Kamau whose latest EP has become one of my all-time favorites. Outkast is a classic influence. They pushed the boundaries for sure.

We pride ourselves in writing catchy songs and hooks that are uniquely distinct from a lot out there right now. Fresh ideas that still have that pop/commercial sensibility, but are new and avant-garde in a way and just chill AF. There are a million recycled ideas out there, but it was and is the greats that push the boundaries of music and genre.

M: My earliest influences were Stevie Wonder’s “Songs in the Key of Life,” The Beatles, and this compilation album “Pure Funk” that I made my dad buy me when I saw the ad on TV as a kid. Then 2000-era pop radio, lots of Neptunes and Timbaland produced stuff, though I didn’t know the producers at the time. It was Nirvana and alternative rock that actually got me into making music, though I don’t listen to or make that stuff anymore. More recently I’ve drawn influences from hip-hop, R&B, jazz, classical, afro-beat/highlife, pop, and electronic music. I don’t use all these influences in one song, but it helps to have lots of different techniques up your sleeve so you don’t just sound like a copy of another band.

Y: When we were working on “Lighten Up,” one of the songs on the upcoming release, Matt kept trying to get me to sing with a lighter, smoother, more relaxed tone. He ended up having me lie down in bed, then position the mic over my face. I fall asleep really easily, so I kept taking little naps while we worked, but I ended up getting the relaxed tone he wanted. I kind of wish we could do that for every song.

M: Back when we worked on the first album, I recorded little farting sounds with my hands, then bet Yannick I could fit it into a song. He declined to take me up on the bet, but I did it anyway—the synths on “Yourself” are modified hand farts. There was also a song I incorporated burping into, but that one didn’t make the cut.

What plans do you have for the future?

Y: We’ve got a couple videos in the works. A beautiful one for “Slice of Paradise,” which we look forward to releasing very soon. Plus a full-length album in the coming weeks of September. And of course, we’re always making new music. We continue to write and write and have a nice little stockpile of music.

M: We’re also teaching our live band the new songs, maybe putting together a small tour. Or a big one if you ask nicely.