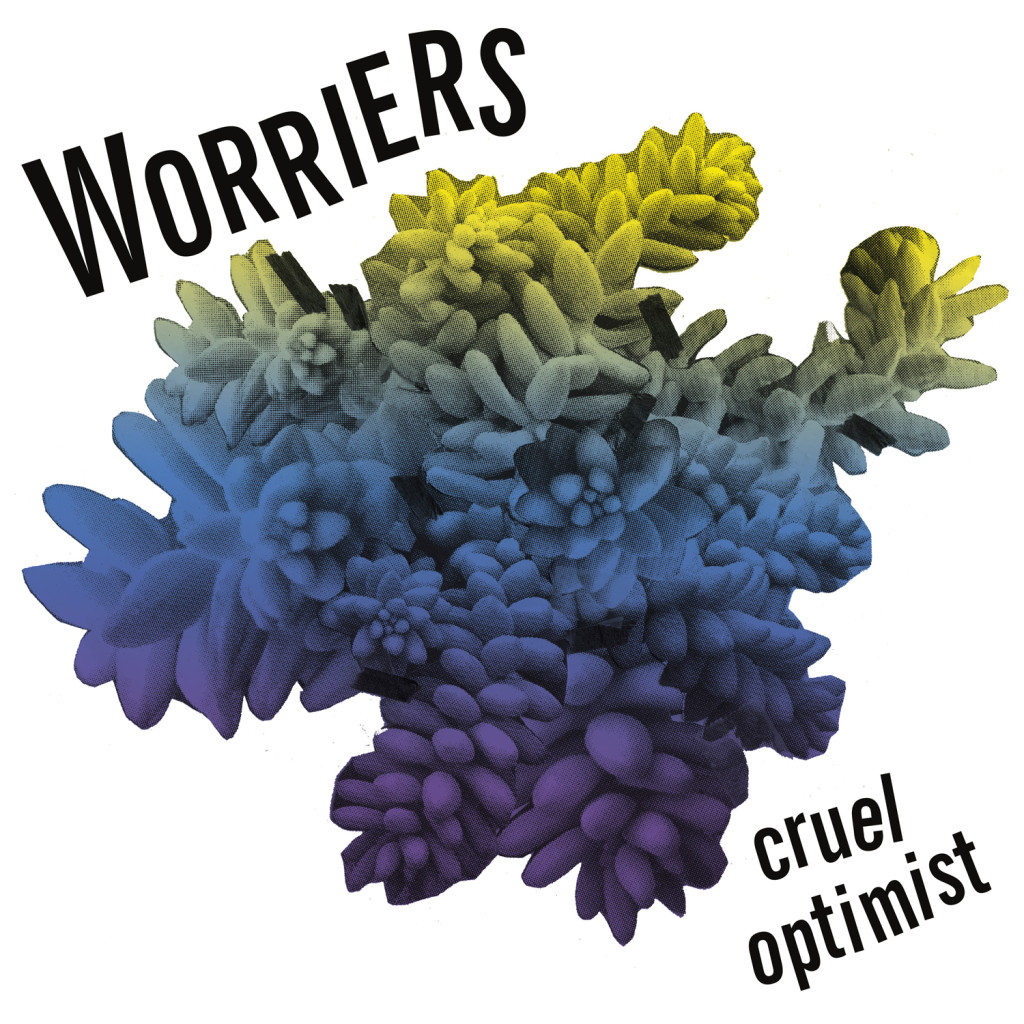 It’s a rare but exciting thing when you can tell you’re going to like an album within the first few seconds of listening to it; like getting a small gift when you’re least expecting it. Hearing the punchy electric guitar riff and Lauren Denitzio’s raw vocals laid atop a bedrock of noisy pop-punk in Cruel Optimist’s opening track felt, to me, very much like unwrapping a present. I was giddy and captivated pretty much immediately.

Though the album has a boisterous beginning, it quickly tones things down with its second track, “Precarity Rules.” Denitzio’s voice is particularly spotlighted in the subdued song as she delicately croons “Some things you didn’t see and some things I didn’t know / Except the joy and relief every time you came home,” deftly paired with a gauzy, high-pitched guitar riff. The chorus ditches the guitar riff, though, and trades it for gritty distortion as Denitzio gruffly declares “You’ll get to know me over my grave.” It’s these kinds of twists and turns in the narrative as well as the sound that permeate the entire album and keep things interesting throughout.

“Passion,” the third track, makes another 180, punching up the tempo and adopting power chords and a jumpy, ska-influenced guitar that brings the Dance Hall Crashers or early No Doubt to mind. But the true highlight of the album is its fifth track, “Never Were.” It’s passionate and powerful and fun—the kind of pop punk song that elicits air drumming and mild head banging—but the chorus is sweetly earnest, with Denitzio singing “I keep reminding myself I make mistakes all the time…Here’s to promises we try to keep.” The promises she’s talking about are the ones she made to her “radical politics” from an early age, and how they’ve evolved as she grew up from simply “being bored and angry with nothing to lose.” She touches on personal privilege growing up (“Parents won’t let me work so I could get good grades”) and acknowledges how it facilitated her participation in “social protest” and “anarcho-feminism,” all in a way that’s remarkably grounded.

The album’s careening energy lasts right up until the last second, swerving from undeniably catchy and melodic hooks to noisy distortion and back again. Combined with Denitzio’s vaguely Dolores O’Riordan-esque manner of singing and the record’s melange of thoughtfully written lyrics, both personal and political, the overall package is a solid winner. This is the kind of album that begs for multiple successive replays, not only to unravel its many meanings and stories but also just to rock out to. You’d be a fool to deny it.