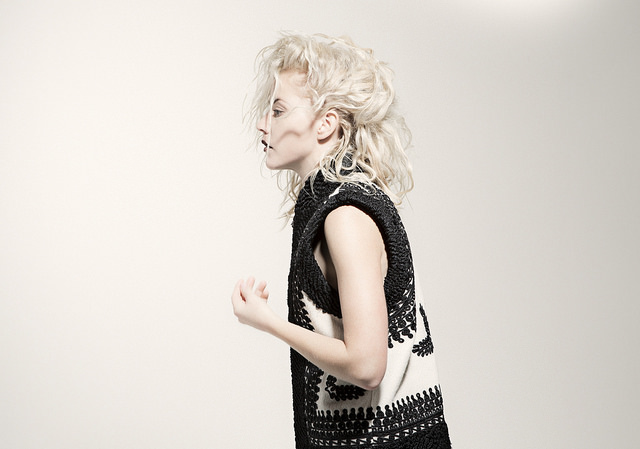 Vanbot’s latest full-length Siberia has arrived, and though it immediately seems like the ultimate relaxation record, it was created by a musician far out of her comfort zone. After getting rid of an entire album because she was unhappy with the end result, Swedish musician Ester Ideskog brought producers Petter Winnberg and Johannes Berglund along on a literal journey; the trio rode the Trans-Siberian Railway from Moscow to Beijing, writing and recording the album as the train rolled along. They pulled inspiration for each song from the stops they made, even going so far as to include the location for which the song was written in parenthetical titles. A documentary will also be released with the album, showcasing the behind-the-scenes moments on the train.

Siberia is an apt title for the record, not only because of the surroundings in which it was written, but because sonically, it exudes a cool, smooth, iciness evocative of the frozen tundra even without knowing the record’s backstory. It’s a raw, crystalline album that cuts down to a lonely core and resonates on a deep, meditative level, reflective of the band’s constantly changing environment and fast-paced accommodations. At times, the music appears to blur past and then abruptly slows before fading into the next track, like a train pulling into a station only to dart back out again.

Ideskog, Winnberg, and Berglund mimicked locomotive speed to create Siberia, working on a limited schedule of just seventeen days to pull everything together. With these constraints imposed, the pressure was on to channel a creative muse and deliver something that would be sure to stick – and they certainly succeeded. The journey behind the album’s creation was Ideskog’s attempt at escaping from the mind-numbing boredom of everyday routine, and it brought her to a place where she was able to truly channel something that stands out in Siberia. The resulting record is a testament to creativity and using items at one’s disposal to make a piece of art that utterly transports its audience.