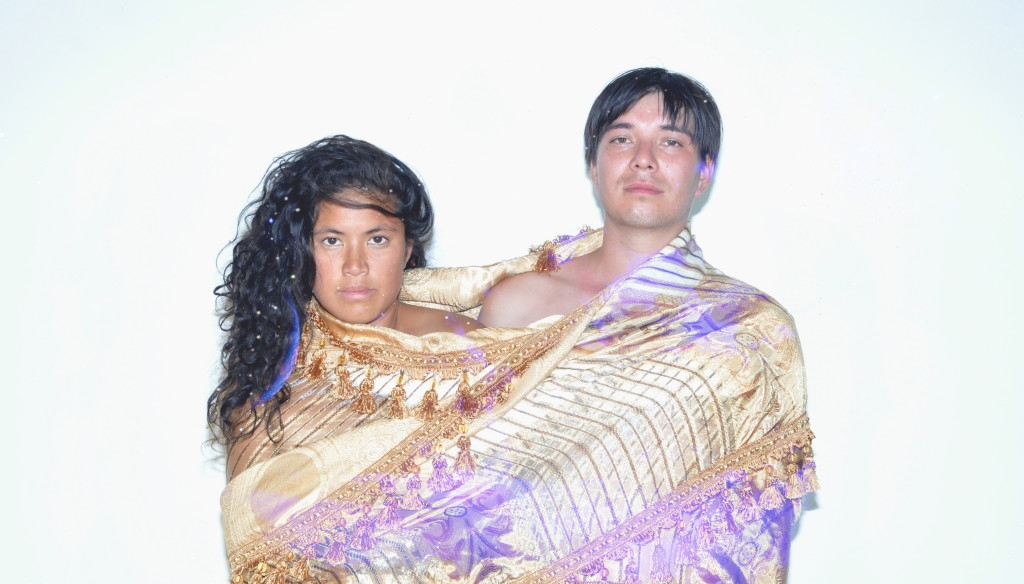 Kids get bored on airplanes. To remedy this dilemma, my sister and I used to play a game while flying to numb our stinging boredom. I now know it as The Exquisite Corpse. It’s essentially a sketching game in which one player draws an appendage belonging to any phylum of flora, fauna, man or machine. The subsequent players then add their own body part to the drawing, and when the game is finished a gruesome and humorous hybrid is left on the page.

I can’t imagine this childhood pastime wasn’t on the mind of animator Leah Gold when she created the music video for Phèdre’s “Karmic Mechanic,” a number off of the band’s sophomore LP Golden Age. Phèdre has no shortage of esoteric imagery in their arsenal of videos. 2012’s “In Decay” boasted Dionysian hedonism with its food-orgy scenes, and “Sunday Someday” concluded with a family being poisoned at their dinner table. It’s therefore refreshing that the band is taking a time-out from overwrought theatrics to bring fans a short, sweet video that is more whimsical than disturbing.

“Karmic Mechanic“ begins with a wash of pale peach that is invaded by collage-like objects in the form of decapitated statue heads, painterly triangles, and a minuscule pony. The shapes flutter away to their respective places in a landscape of colorful trees and dip-dyed clouds, and in stumbles a beast of no particular species. With the limbs of a man, a spherical torso, and a head that resembles a horse-born lion, the video’s central character dances around his two-dimensional world on hinged legs, playing hackysack with an amorphous face.

A whopping 57 seconds of watch time, the visual aspects of the short are consistent with the song’s audible qualities. The track itself is a subdued pulse of electronic drums and carnival-like synths, which are made all the more strange by a kid’s vocal track. The resulting combination of childlike graphics and mythological lyrics yields a video that is equally strange as it is adorable.

Gold, who is a good friend of Phèdre’s founding members Daniel Lee and April Aliermo (formerly of Toronto’s Hooded Fang), occasionally dances with the band and has certainly picked up the duo’s sense of humor throughout their collaborations. Aliermo and Lee often belabor the point that they are simply the base components of the band, and that it is the ongoing contributions by their buddies that enrich the project.  This model is proven successful by the creation of an eerily endearing music video.

Check out “Karmic Mechanic” below, and be sure to give Golden Age (out now on DAPS Records) a thorough listen.