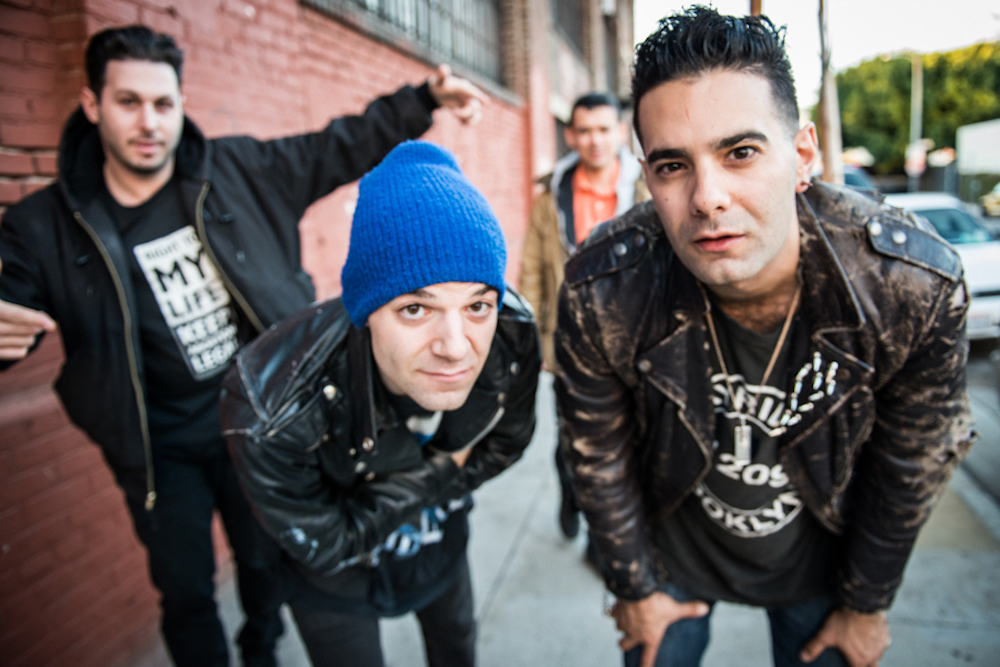 The So So Glos are the quintessential New York City punk rock band. Formed in 2007 in Bay Ridge, Brooklyn by brothers Alex and Ryan Levine with drummer Zach Staggers (who they met in pre-school), The So So Glos have shaped the DIY music scene first hand over the past decade. They co-founded and resided in the venues Market Hotel and Shea Stadium, have released three full length records, gone on countless DIY tours and toured in support of Titus Andronicus,  Diarrhea Planet, Desaparecidos, and more. In anticipation of The So So Glos playing one of the final shows at Brooklyn Bazaar Friday 11/29, we talked with Alex and Zach about how the DIY scene has developed over the past decade, their favorite records to listen to on the road, and where to get the best slice in and outside of NYC…

AF: How is the state of the DIY scene different now than when you first started So So Glos in 2007? How do you think things will progress going into the next decade?

Alexander Orange Drink: It’s been quite a trip to see the DIY scene transform over the past decade. When we started out, it seemed like there were very few DIY spaces where rock ‘n’ roll was welcome. It was way more of a noise rock, (dare I say pretentious) – artsy scene. Despite so many venues closing and an ever changing NYC, I think some aspects of the underground have become way more inclusive for all types of people and artists. If we were in any way a part of helping that move forward I feel grateful.

AF: You’ve toured extensively over the years, what was your favorite band to tour with? Favorite city/non-NYC DIY show space? What’s your favorite tour story?

AOD: There’s been so many friends and extended family who we’ve toured with. It’s impossible to pick a favorite! So many hospitable venues and staff that have welcomed us. The Bottle Tree in Birmingham, AL was always a great place to roll through. They’ve got really cool trailers backstage. One time we got assaulted by the Britney Spears entourage, another time we got strip searched at the border and once my medicine was confiscated in Germany.

AF: What are your favorite records to listen to on the road?

Zach Staggers: This is a much debated topic for any New Yorker and there are many exemplary spots to get a slice. That said, any pizza experience has as much to do with the environmental factors surrounding the slice. For instance, if you stop at New Park for a slice after a idyllic day in Rockaway, then, at that very moment that is the best slice in the world. Or, say if you are in the godforsaken hell zone of the low to mid 30’s on the west side of Manhattan — Pizza Suprema becomes your messiah. Perhaps, it’s just a beautiful day in the neighborhood, where Rosa’s of Ridgewood provides my staple, comfort pizza. But all this said for the record I like to rep the Margherita slice with the infamous sesame seed crust at Ciccio’s on Avenue U. It’s a little known pizzeria and doesn’t get the respect it deserves. Outside of New York? While there are good slices in Philly and some other select cities I will plead the 5th.