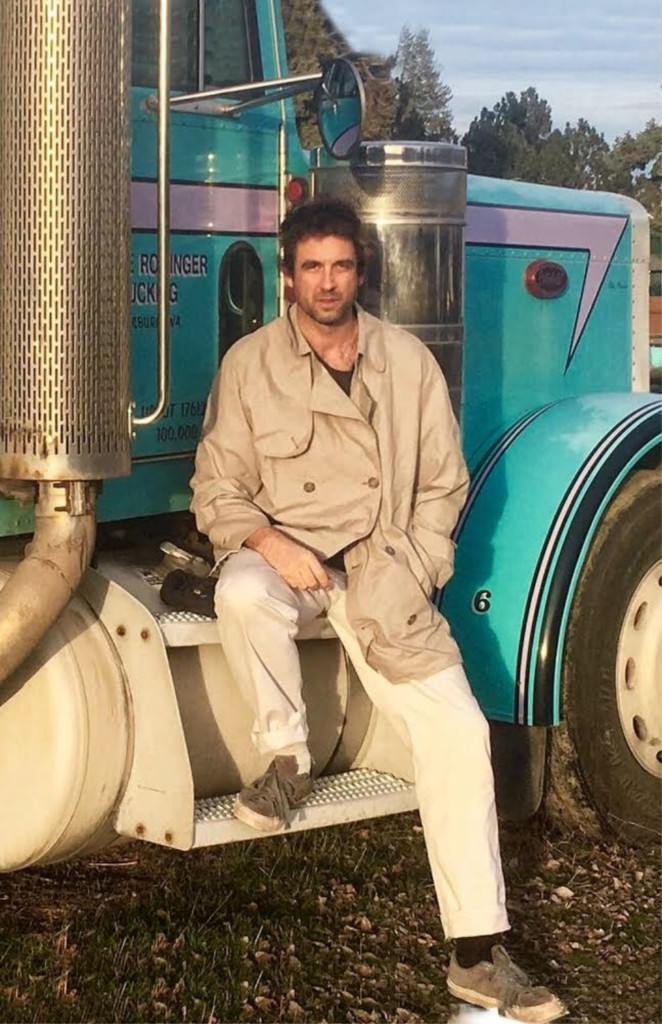 In Seattle, bands are known to achieve success in unconventional ways. Unlike bands in popular music towns like L.A. and Nashville, Seattle musicians are stubborn about forging their own way in order to maintain creative control, playing music that’s authentic first and foremost, and bucking industry commercialism. It’s how grunge was born, and why Seattle continues to export unique artists that take listeners by surprise.

Great Spiders is a perfect example of this sort of Seattle band. For twelve years, Omar Schambacher has made music under the moniker, playing shows throughout the city and building a solid following of “Spiders.” And yet, Great Spiders only has two singles to their name on Bandcamp, and not a single full-length album. It’s not that he’s creatively blocked or doesn’t want to record—Schambacher is a prolific songwriter and performer. More so, it’s that Schambacher is a self-proclaimed perfectionist who is putting his music out exactly how he wants to.

Luckily, those two tracks (and a new single that was recently leaked, as Schambacher put it, called “Cisuicide”) are really good—meticulously written and arranged without being overly-polished, catchy without being saccharine, and nostalgic with a modern spin. They tease listeners with just enough to bring people out to shows, and defy the typical industry standards, in a way only a Seattle band could.

AF: How did you get started with music?

OS: I started playing guitar when I was 15, but I used to hum along with the lawnmower and play Hippie whistles as a kid. I always loved music. I think mostly about composition. I moved to Seattle after high school and joined a top 40 cover band. That was a great education. We played casinos and private occasions.

AF: What was the first live show you ever attended?

OS: My father tells me he took me to see Spirit when I was very young, like one or two years old. He told me Randy California the guitar player made thoughtful eye contact with me while I sat mesmerized at the foot of the stage. But I don’t remember that. Actually, the first show I remember seeing would have to have been Bob Dylan, Tracy Chapman and Chet Atkins. Quite a bill!

AF: How long has Great Spiders been around?

OS: Shit, like 12 years? I’ve always had songs. My friend threw that name (Great Spiders) out there and I thought it was dumb at first, but then I realized it was alright. I just went with it.

AF: Tell me about your sound—what influences come together?

OS: Oh man… This question. So much! And so much not. I really don’t like much from the last 20 years. I do find myself rescinding on that statement a fair amount. Especially if I’m high and listening to a newish banger. I’m like thinking ‘damn, I was wrong!’ But when people ask me usually I’m just like: “classic blues like Albert King, groups like Guns N’ Roses, The Supremes… John Denver, Madonna, etcetera.” I think Guns N’ Roses has been my favorite band since I was like 10, despite any stupid shit Axl did as a young man. They just sound so good to me. Especially the Use Your Illusions. To me those records sound like The Rolling Stones but with the musicianship of Queen. But, yeah. Mostly all that old stuff, and on up through the Nirvana era is my shit. Really the truest epoch of formative archetypal western pop/rock.

Whether people hear that in my music is a different story. See, unfortunately the problem is my voice naturally lends itself to that sort of twee, northwest “indie” quality that makes you think of the Verizon Wireless guy. Yuck. Not feeling the Geico commercials or the whoops. I would die to have a voice like Iggy or either one of the two Morrisons. I’ve tried to get other singers. It hasn’t worked out yet.

AF: What’s you songwriting process like? Do you have a routine?

OS: It’s always different. Sometimes a hook will just happen. Sometimes I will consciously rip off a melody from a song I hear and then put different chords beneath it, then tweak it until no one but me would know how it came to be. Almost like a remix. My biggest problem is writing too many songs about ex-lovers or people I want to love. Cliché but timeless!

AF: How has Seattle been to you as a band?

OS: I have come to know an abundance of beautiful friends and musicians. There have been some gracious industry folks who have had my back. However —truth be told— the hype machine here never gave much of a shit about me or my music. You know how superficial things are. I’d say maybe they just don’t like me? Or, a more lofty assessment would be that they don’t get me. But I know they know about me. Ha! Also, I have myself to blame because my recorded output has been fairly spare thus far. I’m just too much of a perfectionist. I want to share my music, but I want it to be just right!

AF: Do you feel that your music is in conversation with any bands or other communities in Seattle? If so, which ones?

OS: Not really. Well, I don’t know if I’m really bouncing off of anyone around here. Ya know? Like I said I’m mostly just influenced by all that tired ol’ classic rock. I could name bands I like in town, but that gets dicey. I love playing in my friend’s bands whenever they need something. I really try and get the part to be how they want it to be. I’m probably gonna move to LA soon like a lot of folks have, or Mexico.

AF: It’s been a little bit since you’ve released any new music. Do you have anything in the works?

OS: Ugh. Yes. I swear I’m not a poseur, just a perfectionist! I don’t even have one record out. Just YouTube vids and a Sound/Camp and MySpace or whatever. There is one unmastered new track that kind of got leaked from a compilation on to Spotify recently. It’s called “Cisuicide.” You can Google it on Spotify or whatever people do. At this point I probably just sound really old. Ha!

AF: Do you make your entire living from music? Or are you about the side-hustle?

OS: It actually picked back up this year. It’s never been a lot but I’ve made enough to pay rent. I’ve been fired from every service job I’ve ever had. I’ve done all sort of shit here and there. I’ve sold weed, I’ve been up commercial fishing in Bristol Bay a few times.

AF: Many will see your story and wonder how you manage to garner a solid following and make money on your music with so few releases? I know you’re live shows are a blast, though, which helps. What do you think it is?

OS: People tell me that the show is entertaining live. I know I probably look like a total dork. Anyway, I realized long ago, if your will is good it’s better to do absolutely whatever you feel like live. So, if I want to stop and tell a joke in the middle of a song, or go into a cover impulsively, I will. Mac Demarco does this sort of thing. It’s one of the coolest things about him. About six years ago, after a show, someone told me I reminded them of this kid blowing up in New York and it was him. I went home, checked out one of his vids and I cried… I was like: ‘Wow, he gets it. All the layers of absurdity, humor, tongue in cheek hipster-dom, pop culture, mixed with real musicianship and fundamental goodwill.’ I ended up opening from him once. I think we share the same *hat*titude. Ha! But yeah, if we have any following live it’s probably because we’re LIVE as hell.

AF: Tell me about your band members. Why’d you choose them to accompany you?

OS: Really it’s like a team first and foremost. So personality is number one. We have to be able to joke around with each other. Being basically prepared, the less seriously we approach the stage the better the performance. That holds true 110% of the time. Folks who want to play music — that’s worth a shit — should also have a basic level of musicality. Like, just be able to tap your foot in rhythm, or whistle a tune. The more realistic one is about one’s own musical prowess, the better the musician.

AF: When you founded Great Spiders, what sort of vision did you have for the group?

OS: Uh, success? Ha! I would be thrilled to have a hit. I’m not sure that my sound or vibe is in vogue though. I try to use hooks and elements I think are timeless, but you never know.

Honestly — superficiality aside — music hits me on a soul level and if I can continue to connect with people through it, and make a little money at it I’ll be pleased as punch. Music is meant to be shared I think, more so than any other art form. Like, it cries out to be a synergistic social catalyst.

Catch Great Spiders live on June 22nd at McMenamin’s Spanish Ballroom and follow the band on Facebook for more updates.