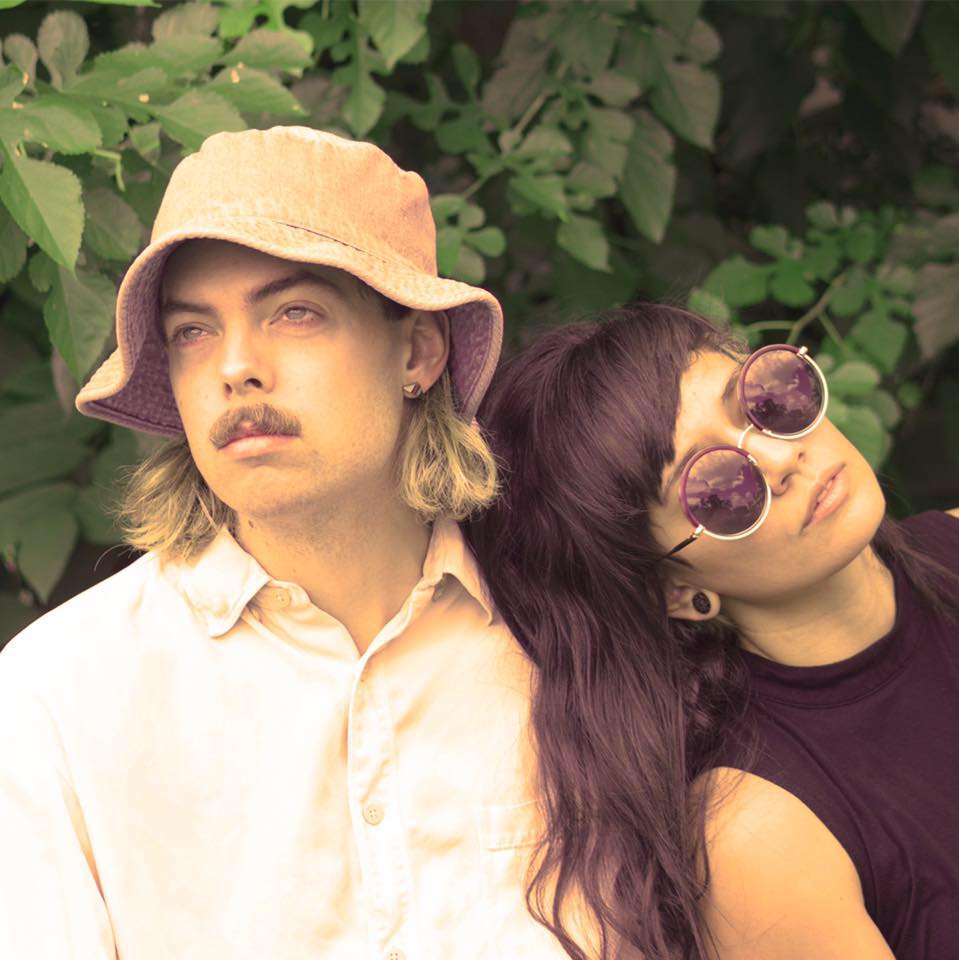 The last time we heard from indie pop duo Valley Hush, they had just released a melty, celestial self-titled debut LP that explored ambition, passion and the art of getting out of your own way. This time around, singer Lianna Vanicelli and producer Alex Kaye explore longing and loss with a soaring swan song: their latest track, “Goodbye, Sweet Mango.”
Staying true to their signature exotic existential ecstasy, Valley Hush lands somewhere in the lush canopy of jungle trees here. A dancey “Leaving on a Jet Plane” for a new generation of movers, shakers and dreamers, “Goodbye, Sweet Mango” is sugary and satisfying but mindful of the insatiable void left when a family is divided by state lines or a boyfriend (who will most definitely miss your birthday) is on tour with his band or even a life left behind in hopes of discovering something new. There is something animated about the track that moves more like a illustrated monologue against clouds swirling around a wing of a plane floating between atmospheres. The layering of breathy vocals, sizzling synths, and stark guitar breaks is nothing short of confident and proof that Valley Hush might be saying goodbye to more than just friends and fruit. They may be entering into juicy new sonic territory, too.

Take a bite and bid farewell with the latest track from Valley Hush: