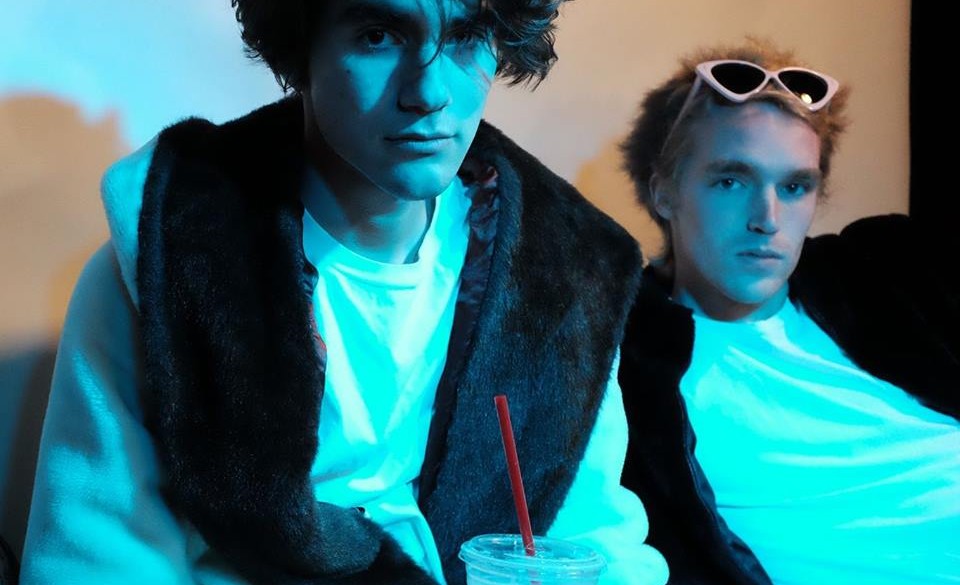 If Detroit had palm trees and if palm trees had a theme song we would have to assume that Mango Lane’s chilled out, shimmering L.A. afternoon make-out session “Sex” would be most fitting. Channeling Washed Out, with hints of Phoenix’s “Love Like a Sunset,” “Sex” feels more like a post-coital American Spirit afterglow on a balcony. Cleverly caffeinated guitars and breezy synths give depth to the duo’s layered, wistful vocals and oddly comforting lyrics.

According to their Facebook bio, Jack Engwall and Austin Carpenter met through skateboarding, which might be why “Sex” mimics the ebb and flow of wheels on the road just as much as it soundtracks a hand moving up a thigh. The video pairs well with the pleasantly passive, go-with-the-flow vibe – purples and blues shift into fuchsias and reds as if to mimic a mood ring on the finger of fresh intimacy.

But these two don’t seem to take seduction too seriously; what is most attractive is the video’s low-key cheeky feel. We find Mango Lane dancing with the same lanky inelegance that made Flight of the Conchords fans chuckle. Yet, somehow, “Sex” doesn’t sound or look like a parody – Mango Lane’s awkward confidence is a turn-on while their grooves incite an undeniable popping off.

Mango Lane releases their new record on June 16th. Let’s hope their video for “Sex” gets you through the dry-spell: