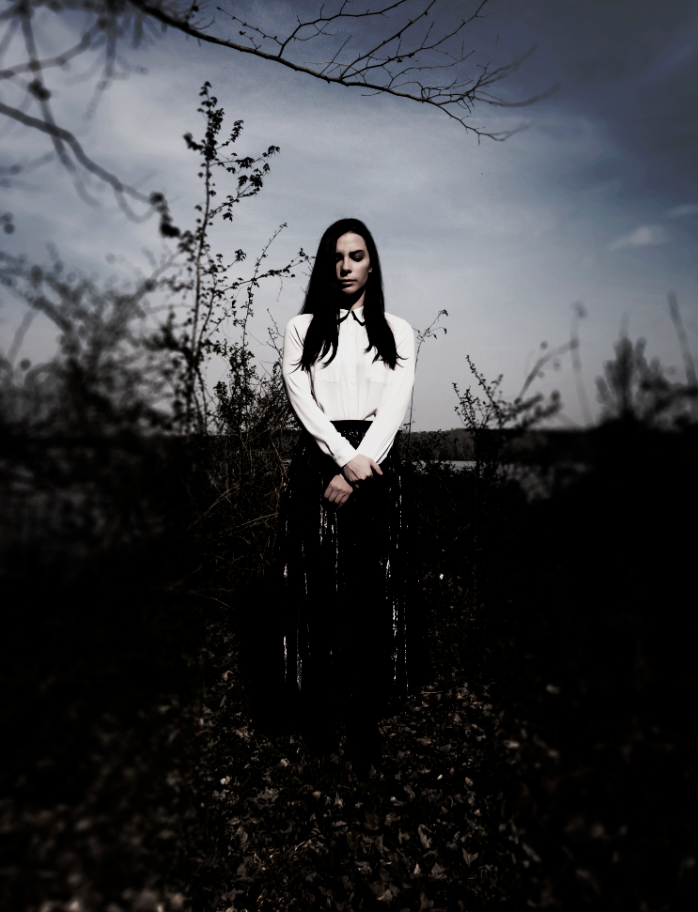 Ashley Rivera, the frontwoman and creative force behind Atanta’s Southern gothic-blues group, Sister Moon, weaves a dark mystique throughout her music, eerie melodies set against a heavy sonic landscape. It’s Southern gothic at its finest: a crumbling mansion in the light of a full moon, Spanish moss swaying like ghosts from the limbs of a live oak tree. Her innate ability to evoke strong imagery within her music is part of what drew me to her in the first place; her subtle confidence and intensity of stage sets her apart as one of the finest acts Atlanta has to offer.

As the group prepares to take on Austin for SXSW, Ashley took a few minutes to sit down with me and talk about her musical history, her creative collaboration with producer, writer, and guitarist David Rowe, and the band’s latest single, “Corners.”

AF: When did you realize that music was your passion and calling? Have you always been interested in it, or was it something you grew into?

AR: It was very early on. I can’t remember a time when I wasn’t obsessed with singing! I started doing small local shows around age nine and realized that playing music could be a “real thing.” I haven’t stopped since. The passion for writing songs was something that developed a little later and has continued to grow and change. It is the most frustrating part of all of this. It’s also my favorite part.

AF: Who do you consider your greatest influences when it comes to your sound? Are your favorite artists and bands different from the bands that inspired you to form Sister Moon?

AR: The artist who always comes to mind first is Bobbie Gentry. She was my childhood inspiration. Her voice was so different… thicker and spookier than any female artist I’d heard. And her songs were masterfully crafted stories. I always wanted to be like her. I still do. When we formed Sister Moon, I think we all brought different influences to the table. There have been plenty of times in the studio when we’re not playing a note but instead just sitting around listening to things that inspire us, elbowing each other, “Did you hear that part?!” One of the bands we always go back to is Led Zeppelin.

AR: It varies, but I typically start with lyrics and melody, and simple chords on the guitar. I bring that to David Rowe (Sister Moon’s producer/guitarist/writer) and we continue writing the song together. He is curiously good at knowing exactly where I want to go creatively. Once we write it together, we take it to the band, and it goes farther than I could’ve ever dreamed.

AF: “Corners” came out of a dark time and some painful experiences. I’m not usually a “wrote this in ten minutes!” songwriter… I will start on something and tinker with it forever. But “Corners” was genuinely one of those songs that just tumbled out. I didn’t imagine it would be released at the time.

AF: You’re going on tour in March; what’s it like to travel and sing your songs in different cities around the country?

AR: About 1% of the time is the playing the gig and 99% is discussing Star Trek in the van while passing around bacon chips.

AF: How has the Atlanta music scene impacted you as an artist?

AR: The scene here inspires and challenges me.  My favorite thing to do on nights off is to go hear a great local band, and there are so many of them. Not only am I blown away by the talent pool, but I’m floored by the support Atlanta’s musicians show one another. For the most part, everyone just loves to share what they do. That’s so refreshing to see.

AF: What’s next for Sister Moon?

AR: We hit the road for SXSW next week! When we return, our new single “Lorelei” will be released on the 26th.