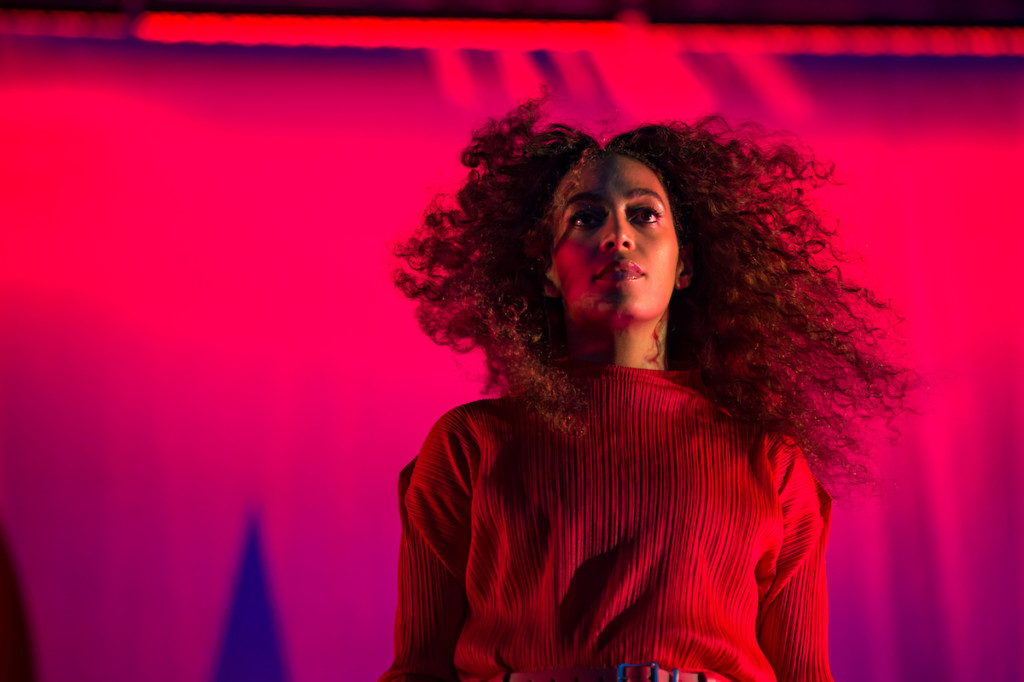 Sometimes, these columns are damn hard to spit out. It’s not always easy to remain enthralled with the music world, especially when the real world seems to be crumbling around us. We don’t have to pretend. 2017 has been a fucking nightmare. We’ve witnessed the inauguration of Donald J. Trump, North Korea launching a missile over Japan, devastating floods in Houston and South Asia, and rallies filled with actual Nazis, just to name few lows.

I’m not a religious person, but I’m starting to expect widespread plague and a swarm of locusts any minute now. Just visiting The Guardian’s World News webpage fills me with terror – especially when the top headline reads: “Armageddon. Scientists calculate how stars can nudge comets to strike Earth.” What the fuck?! I’m a dyed-in-the-wool atheist, but you know what? Maybe there is someone up there, ready to just take us all out with a flaming space rock, because we clearly can’t keep things together down here.

“Um…what does this have to do with music?” you ask.

Here’s the thing: being a music journalist is pretty great. I love it more than any non-human in my life. However, when the world seems to be blazing in what Evangelicals would call “hellfire,” it’s hard to feel motivated to write about anything but serious shit. Rolling out a “think piece” on hidden messages in Taylor Swift’s new video feels like you’re stuffing your soul into a manila envelope and shipping it off to Satan for safekeeping. Even if you understand that it isn’t wrong to write about the VMAs, one still gets the sense that they are ignoring a towering elephant that is not only in the room, he’s bending the baseboards and demolishing furniture.

Of course, when I say “you” and “one,” I ultimately mean “me.” I cannot speak for other music writers. Though I can assume that many of my colleagues, who are intelligent, compassionate people, must feel some of this weight. It’s not possible that I’m the only person who suffers nauseating guilt reporting on Panorama Festival the same weekend journalists discover that North Korean missile tests have the capacity to reach New York.

So what does “one” do? Writing about art and pop culture in frightening times is a delicate matter. To say nothing of the floods, the violence, or the fear seems grossly irresponsible. To mention it only to alleviate one’s own guilt is possibly worse. I would never say making art in times of strife is a waste of time – I will always argue the opposite. I will even go so far as to say that it’s impossible to stall creativity in dire times, as conflict is one of art’s great muses. Critiquing art amidst global devastation, however, can be a task colored with shame. The question often clanging in my head being, “Does it even fucking matter?”

I don’t know. I am unfit to answer the question. Here is what I do know. This is my job. My dream job, really. Artists and the music they make are kind of like my religion (or as close as this godless writer comes to it). Even on the worst of days, when my personal and family misfortunes could inspire an entire season of All My Children, I can still be brought to my knees by the beauty of a song. I know it’s corny. I also know that a song won’t drain the waters in Houston, or rewire the brains of white supremacists (if they have anything to rewire, that is). A song can’t do much when it all comes down to it, let alone a writer writing about a song – but artists can.

While I’ve been distraught by this year’s cruel newsreel, the artists who have leveraged their platforms for good causes have given me some sense of pride in humanity. 2017’s first cry from outspoken celebrities occurred at the Women’s March on Washington (and its sister marches around the world), where the likes of Madonna, Alicia Keys, The Indigo Girls, and Janelle Monáe either performed or gave impassioned speeches denouncing Trump’s election. That same month, Canadian electro-pop group Austra released their third LP Future Politics. The album is revelatory and filled with political insight, proving that pop music doesn’t have to be sugarcoated.

In 2017 there have been countless benefit concerts for organizations like Planned Parenthood, the ACLU, and CAIR-New York (Counsel On American-Islamic Relations), to name but a few. Now the charitable hands of artists will extend to Houston. Solange has planned a benefit show later this month in Boston where 100% of proceeds will go to victims of Hurricane Harvey and its destructive floods. Fall Out Boy and rapper Bun B have planned separate but similar benefit shows, and numerous celebrities have either already given money to relief organizations (like $500,000 from Miley Cyrus and the $25,000 DJ Khaled shelled out) or promised to do so in the near future (like Beyoncé, Nicki Minaj, Demi Lovato, and DNCE).

Many of the aforementioned performers are ones I don’t artistically care for that much, but these days I’m elated they’re around. It seems that with their immense command of the public interest and disposable income, artists have taken on responsibilities that our government should have the answers and funds for. It’s a sad and beautiful truth. That these seemingly “frivolous” celebrities go above and beyond their job title in times of crisis is noble; that they even need to in the first place is appalling.

So coming back to that initial question: what does “one” do? Let’s practice some simple logic. Things are bad right now. Things are really bad; and yet, artists both famous and obscure continue to defy the idea that humans are selfish, no-good creatures. If “you” are a music writer – why not write about those artists and their honorable efforts? It’s the least, and sometimes the most “you” can do.