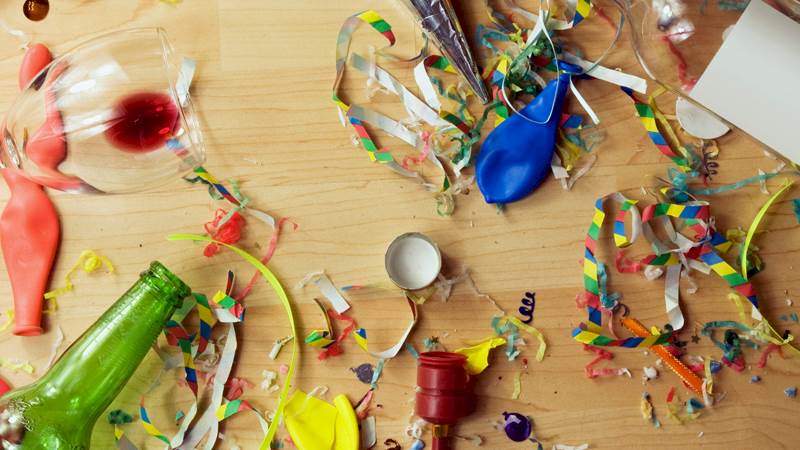 Think about the last party you threw. Think about the beer bought and balloons inflated. Remember the quiche you labored over, only to realize no one wants to eat quiche at a party. Now consider the playlist you made. Don’t deny it – we all know you spent three lunch breaks compiling a shindig score entitled “Fiesta Mix.”

Now tell me – was your party (despite irrelevant quiche) a hit? Did “Fiesta Mix” incite a collective boogie? Did hips swing and booties shake, rattling the room with merriment? Well congratulations, my friend; you have accomplished something far beyond my abilities. You’re allowed to pick the music for the party.

“But, don’t you write about music…for a living?“ you ask.

I know. It doesn’t make any sense. You might assume that all these years of music fanaticism, self-dedicated mixtapes, and belabored op-eds would prime me for the simple task of DJing a party – and somehow, the opposite is true.

Proof of such failure lies in every birthday party I’ve thrown since 2012. Each year I, like you, spend hours crafting a party soundtrack featuring all of my favorite “happy” songs. As you can imagine, this is a fairly difficult task for someone whose self-described musical tastes are that of a 45-year-old divorced man. Nevertheless, I press on – crafting my little playlist for my little party with utmost care.

And yet each year like clockwork, usually smack in the middle of “Hit Me With Your Rhythm Stick” by Ian Dury and The Blockheads, someone pulls the plug on my tunes. Someone (usually my roommate) decides that a grubby punk with polio shouting “Two fat persons, click, click, click/Hit me, hit me, hit me!” is not party-worthy. I beg to differ, but that does no good. Within minutes my entire playlist is cast aside like an empty PBR can, and the bump n’ buzz of Top 40 hits crashes my b-day bash. I’ve gotten used to it, as well as the badge of honor I’ve earned in recent years: World’s Worst Party DJ. If I only had a sash embroidered with the accolade.

Fine then. If I can’t play my music at my own birthday party, I might as well take my talents to other soirees – clearing them out with the most un-danceable sounds. Embrace your strengths, am I right? Sure it takes some skill and intuition to boost the party the mood with music – but what about killing the mood? Doesn’t that take a certain aptitude for emotional sensitivity, too?

If you can’t join ‘em, beat ‘em. Trying to break up a party? Want to ruin a perfectly good game of beer pong? Looking to cock block Steve? Here are some tracks that will ensure record-scratching fun-terruption.

Nine minutes of unrelenting, furious noise. Employ when the new Justin Bieber hit has begun its rotation, and everyone is dancing in unison. The room should begin to vacate around minute 4:35, when Blanck Mass’s Benjamin John Power starts screaming like a demon.

Nothing could be less conducive to partying than this 1966 spoken word jazz album by the eccentric Ken Nordine. Each song is dedicated to a color, to the point that it is supposed to sound like the color. Favorite cuts include, “Olive,” “Mauve” and “Fuchsia,” the latter of which contains the line, “we don’t wanna lose ya, Fuchsia.” It will derail any and all sexiness.

“Between The Bars” by Elliott Smith

If angry and awkward approaches don’t work, go with depressing. Who better to aid your mope attack than Mr. Misery himself, Elliott Smith? It will definitely kill the party vibe, but at least that guy slouching alone in the corner will appreciate it.

“Dear God, I Hate Myself” by Xiu Xiu

Pro tip: project the band’s music video (which is three minutes of Angela Seo making herself vomit while Jamie Stewart eats a chocolate bar) onto a nearby wall. Party over.

“Imagining My Man” by Aldous Harding

What says “party” more than a woeful folk singer? Just about anything. Funnily enough, this track comes from Harding’s most recent record, which is entitled Party.

“Japanese Banana” by Alvin & The Chipmunks

Think of this one as a little party favor – something to stick with the fleeing guests. There’s a reason my friend refers to this cut as “mind herpes;” it will be remembered long after it has ruined the festivities.

Pretty much anything by Tom Waits.

I personally like “What’s He Building In There” or “God’s Away On Business,” but let’s face it – no one’s going to be happy with gravelly voiced, vaudeville-inspired rock and if anyone is, marry that person immediately.

“Waking The Witch” by Kate Bush

From the dark side of Hounds Of Love, this number features chopper-like percussion and male vocals that literally sound like Satan. It’s impossible to dance to and sure to terrify everyone.

Any whale will do.

“Leave the Party” by Happyness

If all of your subtle sonic hints to GET THE FUCK OUT are for naught, perhaps a bit of direct lyric-messaging will do the trick. Happyness’ drowsy pop number literally says, “Leave the party, head right home” in the chorus. If guests refuse to hear that, then maybe the words, “kill everyone at the party” will be more audible.