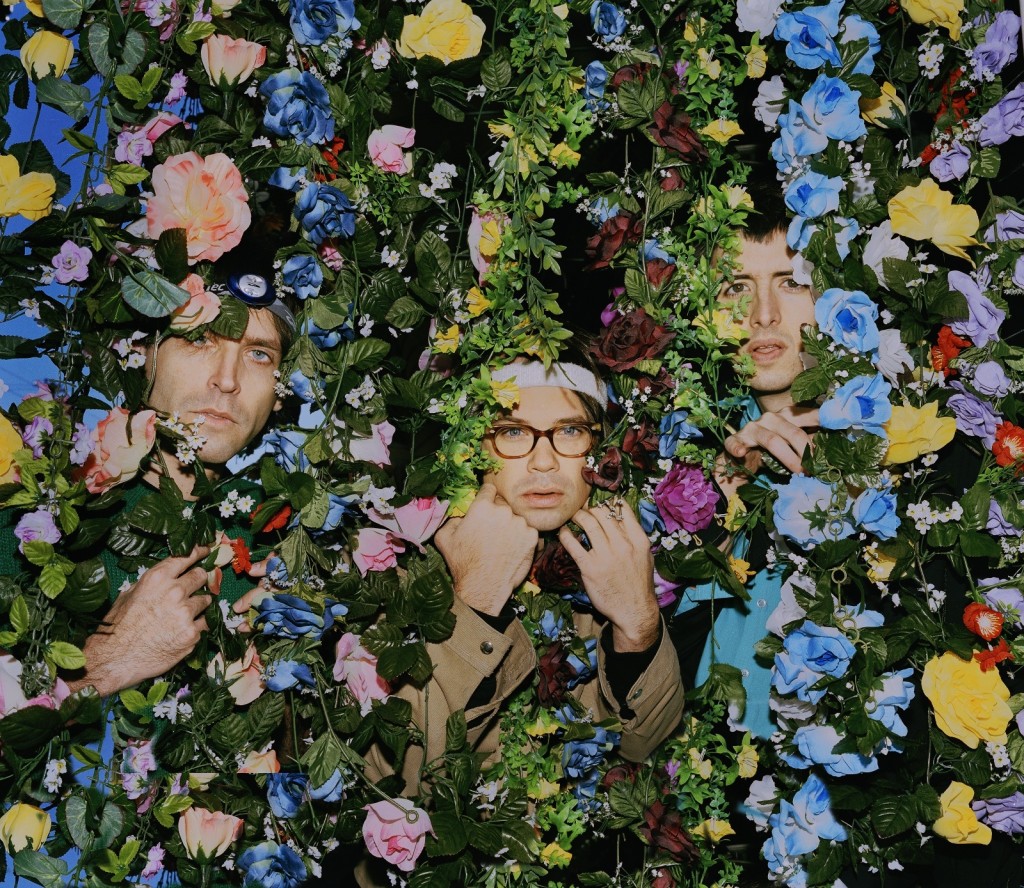 One of the most prolific bands in post-rock, Bethesda-based Trans Am, are still going strong with the release of their latest album, Volume X, which was the primary focus of their Sunday night show at Chicago’s The Empty Bottle. Opening for them were local favorites Kava and CAVE, who have a lot more in common than just very similar names. Both pedaling an appealing brand of psychedelic rock, Kava began the show with a more minimalistic take on the genre, while CAVE played a set of classic, repetition-based head-bobbers against a glowing, geometric curtain. Then it was Trans Am’s turn. Still anchored by the motorik-driven, krautrock aesthetic that’s been behind their signature style of sci-fi prog ever since their debut almost a quarter of a century ago, they just can’t let go of the past.

As their name suggest, the Thrill Jockey trio played a set driven mainly by the idea of an imagined, old-school 80s mixtape. Thrashy metal, “Kraftwerkian industrial complex” and “Devo does ballads” were all stylistic themes, making for a disjunct Walkman-era hodge-podge of a set. And while Trans Am are arguably the originators of cerebral, genre-defying electronic music, at this particular moment the band just seemed like they were experimenting with too many clashing aesthetics. The sheer talent of this experienced trio was probably the only thing that really kept the show on track, as everything else reminisced on cultural touchstones ranging from Depeche Mode to the Dallas theme song.

Though it felt distracted and discombobulated at points, it was at the very least an entertaining revisit to your parent’s cassette collection circa 1985. However, this also meant that it was quite clichéd in certain parts, due to an onslaught of computerized synths layered atop noodly guitar riffs and robocorder vocals. A touch corny, it was an entire mélange of throwback musical styles that felt messy and misplaced at times. It was like Trans Am took the chameleon approach a bit too seriously, because while it was admittedly fun, I was personally irked by the setlist’s short attention span and lack of overarching focus.
Simultaneously formulaic in its stylistic inspirations, said corn-factor made parts of the set feel like Garrett Hedlund spinning to the Tron soundtrack. And it all wasn’t really aided by the fact that an 80s-synth production was infused into almost every single song they played. Misplaced funk bits that just seemed like an exaggerated encouragement to groove didn’t really do much for the rest of the audience either, who kind of just jammed to themselves. Not a bad show by any means, just one that definitely deserves a more definitive musical direction.

Listen to “Futurworld” by Trans Am here via Soundcloud.