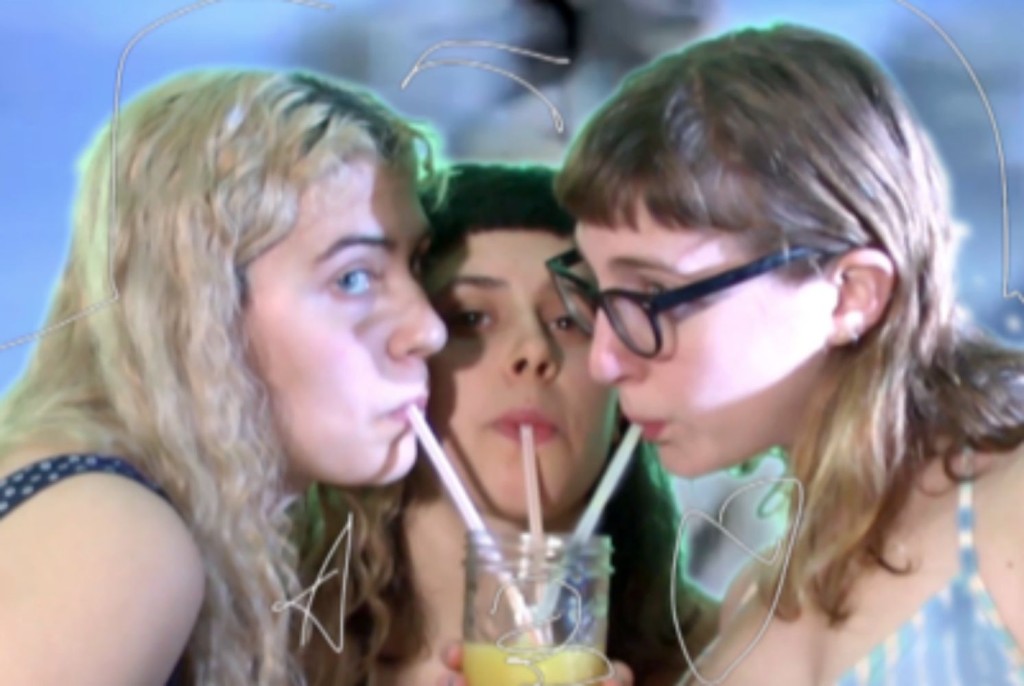 When the drummer of Palberta sat behind the kit and stared at the set with incredibly exaggerated concentration, she almost gave off the impression that she didn’t really know how to play. Every beat looked like a painstakingly calculated move, one you might see in a beginning musician who requires complete focus to practice their scales or rudiments.

But this is Palberta, and they definitely know how to play. In fact, the members of the trio, Lily, Ani, and Nina, all took a turn behind the drumset during their August 14th set at Palisades, and all played the bass and guitar. They’re skilled enough that they don’t have to prove they have any skills, and can pretend they don’t know what they’re doing because they know exactly what they’re doing. So, they’ve disregarded most traditional structures, rhythms and melodies. They’re beyond giving a fuck.

Their songs may be short, and may include a section where the guitarist fake-cries into the mic, whining intelligibly while the others mouth along. Songs might borrow from the kid’s chant “One, two three, four/ I declare a thumb war,” or devolve into the creepiest nursery rhyme you’ve ever heard. Their movements and gestures seem choreographed down to their facial expressions, and are just as important as their music is; some interpretive-dance-like moves elicited cheers from fans, and during the end of the set, each member smiled sweetly at the crowd, grimaced maniacally, or remained stonefaced. By the end of the song they were playing, the audience broke out in shocked laughter as fake blood began slowly dripping from musicians’ mouths.

Their lyrics range from short, vaguely political phrases (“Hey dude, c’mon/ You don’t even know where the pharmacy is”) to barely intelligible. But even with the unexpected nature of their performance, and their frequent instrument swaps, there’s a some kind of consistency to their sound: some kind of quirky, improvisational punk.

At various times during Palberta’s show, I was convinced that the whole performance was  joke, that I wasn’t cool enough to get the actual joke, that they were completely serious and then finally, that maybe this was the point of their music: Do these things really even matter? If you like what you hear, not really. Palberta isn’t for everyone, but maybe that’s because some of us are trying to hard to understand them.