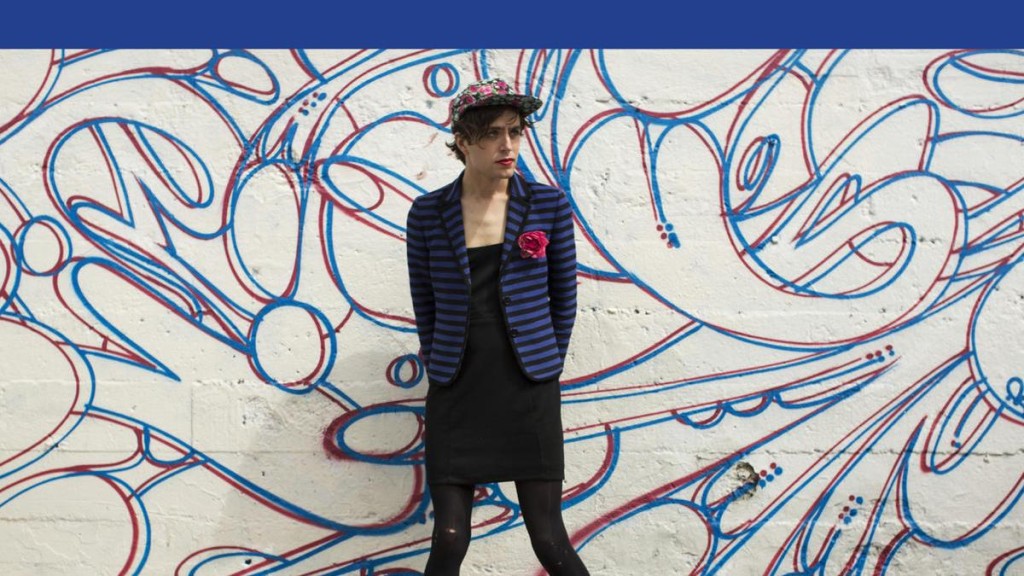 “We went overseas for about two years and became a really good band, and now we can do whatever we want.” Ezra Furman, the eccentric Chicago native who sold out Rough Trade on Wednesday strikes me as someone who’s always done whatever he wanted. He can do such things as wear red lipstick, a striped boat neck shirt, and tiny shiny gym shorts with oxford shoes and still look sexy, for instance.

Furman has just released his third full-length record Perpetual Motion People on the acclaimed Bella Union label, and it’s a true gem. Tossing together rock n’ roll, folk, and delicious sax licks; PMP rests in a unique niche of contemporary music in that it doesn’t sound quite like anything else. I suspect one of the best compliments you can pay a musician is that their sound is truly their own, and true to that: Ezra Furman doesn’t sound like Mac Demarco, or Sunflower Bean, or Foals. Ezra Furman sounds like Ezra Furman.

Lyrically the album is brilliant. Furman not only possesses a knack for writing pop songs, but for equipping them with profound wit, wisdom, and heartache that stretches far beyond his 28 years. A personal favorite comes from the ennui-charged “Ordinary Life”: “way back in our mothers’ wombs, folded like notebooks, we had no idea of all the tote bags and the meathooks waiting out in the world.” A grim remark rendered cheeky when you realize it’s coming from someone who’s endured severe depression and mental illness, as Furman has. In a beautiful letter printed on the album’s lyric sheet Furman confesses that for the majority of his life he was gripped by a fear that he would die at 17. It’s no wonder his songs strike so deep.

Yet there was no shred of a tortured soul on Wednesday evening. Opening for Furman was Emily Einhorn and fellow Chicagoans J. Fernandez. Ezra could be spotted at the back of the crowd, politely chatting with fans and cheering on his supporting bands. You gotta love a headliner who watches the early sets with the sweaty rest of us. When Furman and his band (The Boyfriends) took to the stage the floor was packed out with admirers. They opened with “Day of the Dog” a track off of 2013’s album of the same name. “Well, this is interesting. This isn’t how I remember New York. I remember five people in the crowd at Arlene’s Grocery in 2007.” Clearly absence has made the heart grow wholly fond.

I could gush about Ezra for paragraphs, but his band demands some serious fawning. Not one of them is assigned a solitary task; Ben Joseph swapped between keyboards, guitar, whistling and singing, as did bassist Jorgen Jorgensen. Though he didn’t have a mic, drummer Sam Durkes insisted on mouthing the lyrics and whistling between beats. But the most dazzling to watch was sax-man Tim Sandusky, who produced, engineered, mixed and mastered Perpetual Motion People. He flailed around the stage filling out each song with defining woodwind phrases that congeal Furman’s sound.

Ezra played the majority of Perpetual Motion People as well as Day of the Dog, and the crowd ceased to dance throughout. During “Wobbly” Furman shelved his guitar for a shimmy break. He twisted around the stage with a strange mixture of girlish flirtation and proper sex appeal, though a clumsier side emerged while dancing by the drum kit and accidentally knocking the crash cymbal to the floor.

It was a show no one wanted to end. And though it had to, Ezra Furman was kind enough to gift us not one, but two encores, the latter of which being a smashing rendition of Jackie Wilson’s “(Your Love Keeps Lifting Me) Higher and Higher.” Higher and higher indeed, Ezra.