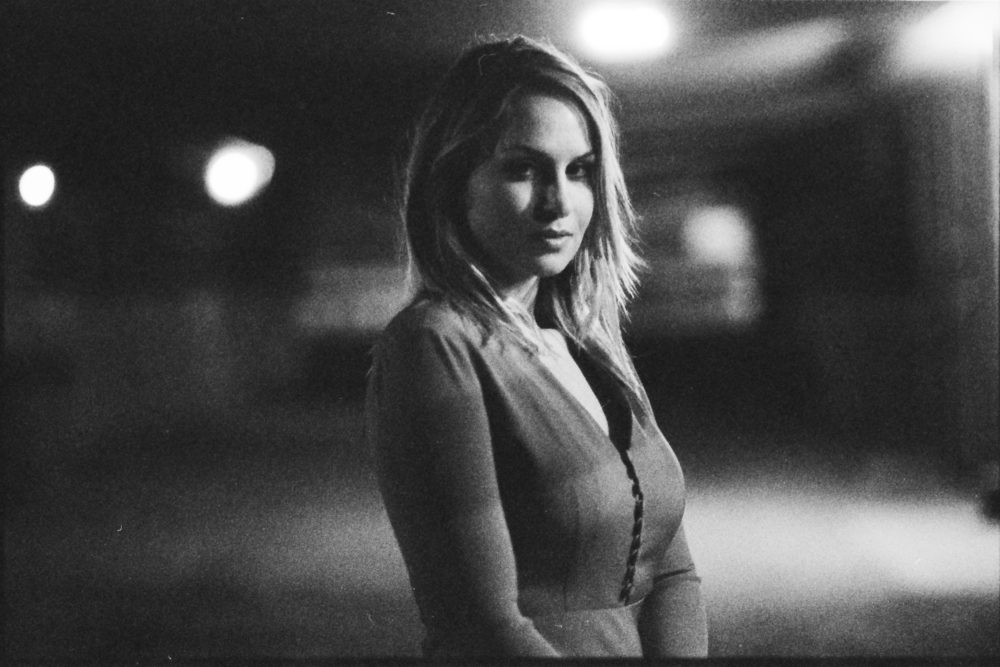 Kat Meoz’s gritty, high-energy rock is as motivational as it is catchy. On “Royalty,” the title track off an EP released last year, she sings about refusing to settle for less than royal treatment. “Whatever I Want,” from the same EP, declares her unwillingness to follow others’ rules, and on “Are You Ready?” she announces to the world that she’s “on a mission” and won’t be stopped. Her latest single, “Back for More,” continues this same theme of confidence and boldness, asserting that she’ll respond to failure by trying again with even more resolve.

The Los Angeles-based, Venezuelan-American singer-songwriter, composer, and producer wrote the track about rejections she received from people in the music industry she’d been wanting to work with, which “was okay because I wasn’t going to give up on the idea of working with them,” she says. “So, I thought, I’ll be back to offer them more music they can’t say no to, soon.”

The sound of the single mirrors the meaning, with Meoz powerfully belting, “Bet your life/I’m coming back for more” in the chorus and repeating the lyrics “It’s the bait and switch/Makin’ poor men rich” in an infectious, almost conversationally sung pre-chorus. “Back for More” is more bluesy than some of Meoz’s past work, but it intentionally matches the exuberant spirit of her entire catalog, while highlighting her tenacity.

KAT MEOZ · Back For More

The sentiment of the song also mirrors the process of making it. Meoz first wrote “Back for More” two years ago and began working with her producers Jake Bowman and Teddy Roxpin on it, then decided to rehash it with a different tune almost a year later. “It’s not every day you can have a finished song and then reach out to people several months later to say, ‘Hey, remember that finished song we have? Can we completely redo it and just keep the lyrics?'” she says. “I think their excitement and hard work matched mine perfectly, and the combination of our efforts and good vibes is bringing this song into the world.”

Meoz’s professional accomplishments support the assertion at the heart of “Back for More” – that she can accomplish whatever she wants in her career. She regularly writes songs for ads, TV, and film, which she describes as “a sensory overload that gifts me a feeling of accomplishment like nothing else.” Her favorite role of this kind was as executive music producer for The Dust Storm, a movie about musicians in Nashville for which she got to wear multiple hats, including coaching actors for live performances. “It’s full circle hearing a song that came from the ethers of my mind in someone else’s creation,” she says.

Her impressive list of credentials also includes singing backup vocals on Iggy Azalea and Quavo’s 2018 single “Savior,” which she remembers as “somewhat intimidating,” since she was meeting Azalea for the first time. “One of the first things you learn in recording school is to read a room and have studio etiquette,” she says. “So, when Iggy arrived, the atmosphere became more serious because essentially the boss had arrived.”

A lesser-known highlight of her career was performing “Boogie Shoes” by KC and the Sunshine Band in several locations through LA in a video for Hear the Music: West Hollywood,  a campaign to promote LA tourism. “It was just the coolest experience to get to represent West Hollywood and have it be so connected to music,” she says. “It plays overseas and I get messages from people in the Middle East frequently saying they love my cover of ‘Boogie Shoes,'” she says.

Meoz is currently working on an EP that continues the guitar-centered “swagger rock” vibe of her past work, with hints of  Alanis Morissette, Rage Against the Machine, Led Zeppelin, and Bishop Briggs. On top of that, she plans to release a soul EP later this year under an alias. It’s unclear what’s next after that, but what’s certain is that she’ll be back for more.