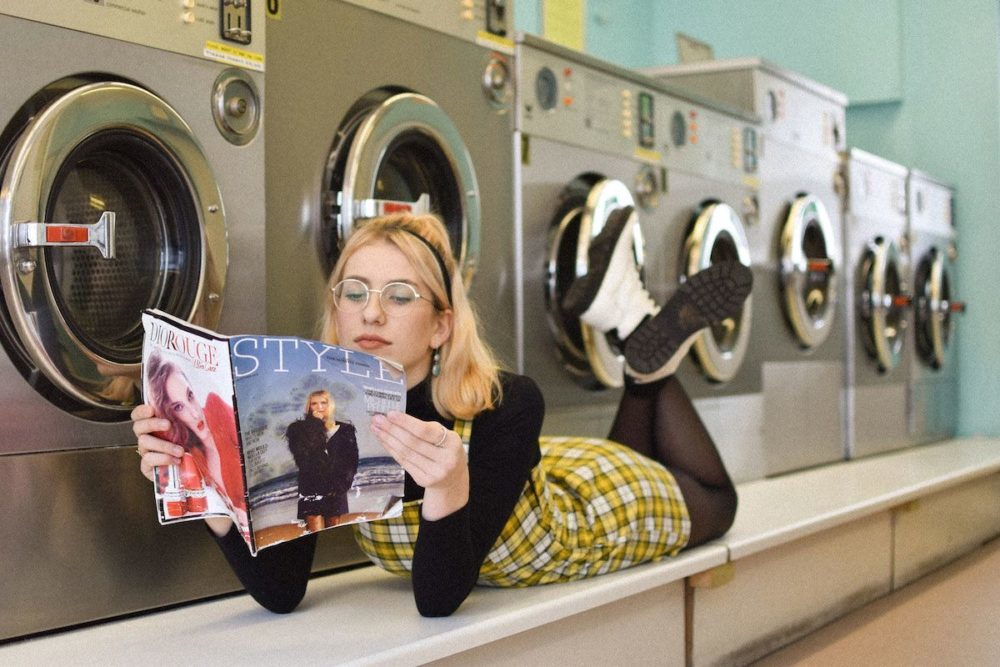 19 year-old Josie Proto always dreamt of pursuing a career in music but thought that it would stay just that; a dream.

Growing up (as Josie terms it) in the middle of nowhere, on the outskirts of Horsham, England, she originally felt that becoming a musician was too difficult to do without a backup plan, so her sights were set on going to university – if only to prove her detractors wrong. “Someone told me that I wouldn’t get into Oxford or Cambridge, so naturally, I made it my mission to,” she says, displaying the cheeky attitude that would eventually carry over onto her debut, Pub Songs: Volume 1.

Describing herself as a decent student, Proto details the moment it dawned on her that music was the only thing that could make her truly happy. “I kind of flunked college,” she admits, citing frustrations with workload, tutors, and a general lack of direction as the cause. “By my second year of college my attendance was at like 60% because I was spending so much time in London writing [music].”

Devoting herself to her craft, Josie was encouraged by her manager to download TikTok as a way of connecting with fans. Initially apprehensive about using the app, the singer saw her popularity soar after posting a video of her song “BTEC Lily Allen” earlier this year. With punchy acoustic guitar that oozes an infectious, happy-go-lucky positivity, there’s a subtle punk undertone in the manner in which Proto sings and plays, emphasizing her retorts to the criticisms she’s faced (the term “BTEC,” for those outside the UK, is similar to vocational training or community college, and unfairly seen as inferior compared to academics-oriented GCSE coursework). Proto’s song offers a clever response to her naysayers, fearlessly listing their criticisms and twisting them on their heads.

“’BTEC Lily Allen’ was supposed to be; ‘I take in all the things you say, all the negative comments, and that’s absolutely fine. Say what you want, go for it.’ That felt more empowering and more like ‘thank you very much, now I’m gonna make money out of you.’ It felt like a bigger middle finger,” Proto says. “[The song] went viral despite it never being supposed to be released! I put it on TikTok because I was like, ‘I’m not releasing it, so I can just get away with it,’ and it just blew up! [Before] I had 15 followers, and I knew 6 of them… and from there it went straight to 20,000 followers.”

Proto’s rapid success has been tremendous, releasing her first EP four months after going viral. Pub Songs: Volume 1 takes its name from the same criticism that appeared in “BTEC Lily Allen.” “One of the things someone said to me was ‘Your songs will only ever be played in pubs.’ I thought, how ironic is it that people are going to play this [EP] in places that aren’t pubs, and then I thought I should just call it Pub Songs: Volume 1 because it’s funny,” she explains.

Pub Songs: Volume 1 was released July 1st and contains a mix of old and new tracks that Proto describes as a summation of her growth as an artist up until now. “It’s very of telling of my mindset,” the singer states. “I love Pub Songs because it’s quite a good round up of my personality.”

Starting with “BTEC Lily Allen,” Pub Songs showcases the singer-songwriter’s talent for upbeat, feel good music that is filled to the brim with a variety of distinctive elements. The zany, Game Boy-inspired sound of “Sliced Bread,” the second track on the EP, evokes that sense of enjoying newfound liberation after separating from a less-than-ideal partner, while the video – Proto’s first – takes the quirky persona that made her a hit on TikTok and dials it up significantly.

Josie ups the ante with “Burner,” a poppy, piano-driven track that cheerily advocates for ditching social media altogether, with lyrics such as, “I’m bored of the crap that you’re sharing out/Fuck it, I’ll go live in cave.” We’ve all experienced the feeling of being overwhelmed by scrolling and needing to escape the misinformation that our feeds can facilitate, but somehow, when Proto lays it out with such conviction, it’s enough to make the most phone-addicted influencer give it a rest.

Changing gears slightly comes “Wales,” a slower, melancholic acoustic track filled with yearning and wistfulness as she expresses her urge to pack up and travel somewhere new with her loved one. “3 Words” finishes the EP with characteristic lyrical and musical prowess, sweetly debunking the myth that there’s only one way to express love.

Posting her video of “BTEC Lily Allen” all those months ago has proved to be the impetus for Josie Proto’s expeditious success. The coverage granted from the app gave Proto the agency to release more music and the popularity she’s gained helped Pub Songs: Volume 1 top the iTunes Album Chart in the UK. “I’ve had the weirdest four months of my life,” she says. “I credit a lot to TikTok actually; it would be stupid not to. People follow me on that before they listen to my music – it’s TikTok first.”

What makes the app central to her success is its algorithm. Rather than relying on a friend or follower system in the style of Instagram, TikTok takes into account videos that the user has previously watched, liked, and shared. That, added with the removed pressure to make content look perfect is what encourages many users to stick around. Proto is certainly not alone in finding musical success through the app; from the explosive popularity of Lil Nas X and “Old Town Road” to Avenue Beat’s ultra-current anthem  “F2020” it’s not a stretch to imagine that TikTok could become the sole platform that new and upcoming musicians utilize to reach new audiences. The intimacy it affords between fans and musicians mean it outperforms more established sites, like SoundCloud or Bandcamp, for independent artists. But, while noting the advantages of TikTok, Proto doesn’t believe that the app could replace well-known music sharing sites such as SoundCloud for one specific reason.

“The biggest difference that will stop that from happening is the limit on time, because on TikTok you only have a minute whereas on Soundcloud you can make a five minute song,” she points out. “SoundCloud was always the place to get a good initial fanbase, and then it became the place where labels could find new people. I don’t think it [TikTok] would take over as it were, [but] it will probably facilitate more traffic [to other platforms].”

One thing that’s certain is that Josie Proto’s viral fame has helped speed things up for the young artist in a way she couldn’t have predicted, while the pandemic has given her a moment to focus on next steps. She has a new single set for release this August called “Thank You,” and a second EP already in the works – and there’s no telling how far she’ll go from there.