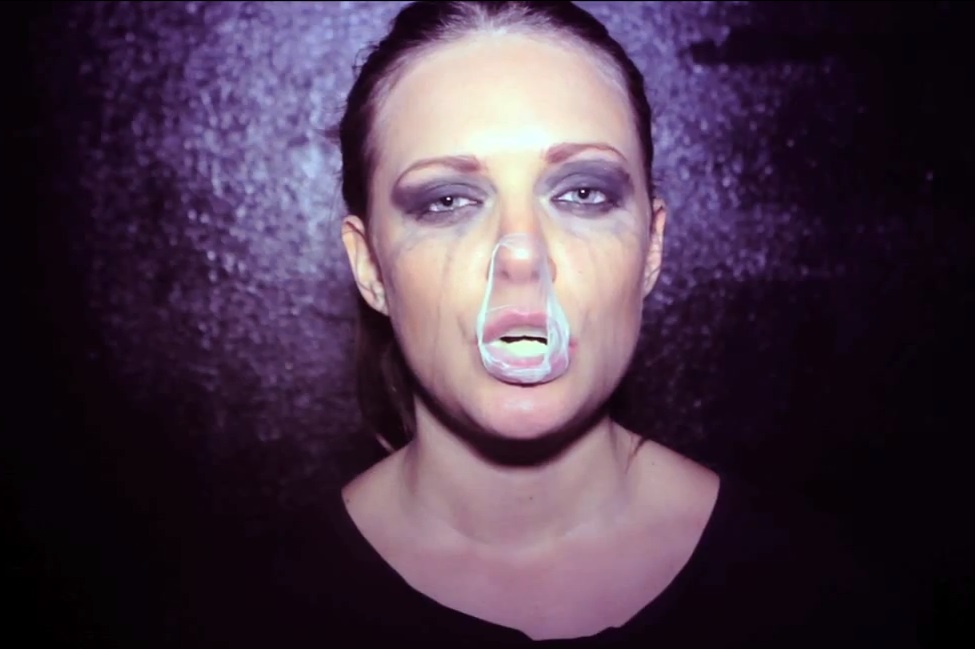 When you hear the phrase “sex, drugs, and rock and roll,” you usually picture male musicians: Lou Reed croaking out the words to “Heroin” or “Waiting For My Man;” The Weeknd’s famously numb face; Kurt Cobain finding God in “Lithium;” The Beatles on LSD; Neil Young’s coke booger immortalized in The Last Waltz.

Stereotypes about drug users aren’t flattering to any gender, but female celebrities are held to especially high standards of behavior, with sex, drugs, and other supposedly hedonistic behaviors deemed “unladylike.” Maybe that’s why more women seem to avoid drug references—and why those who make them convey a special brand of “IDGAF.” Being unladylike, after all, is part of many artists’ images. Here are some women who have changed the public’s perception of women and drugs through drug references.

Halsey sprinkles drug references throughout her songs, which looks like a way of solidifying her image as a rebellious woman, until you realize few of them actually describe her taking drugs. “Are you high enough without the Mary Jane like me?” she sings in “Gasoline,” inspiring a remix by K.A.A.N. titled “Mary Jane.” In “Hurricane,” she sings of someone who “tripped on LSD, and I found myself reminded to keep you far away from me.” “Colors” centers on another toxic person: “You’re only happy when your sorry head is filled with dope.”

These songs may tell an anti-drug message, but in “New Americana,” she sings, “We are the new Americana, high on legal marijuana.” Confirming that “we” includes her, she said at the 2016 VMAs, “I smoke a lot of weed.” Altogether, her songs give an (accurate) picture of drugs as potentially both positive and destructive.

The opening lines of Miley Cyrus & Her Dead Petz are pretty telling: “Yeah I smoke pot, yeah I love peace, but I don’t give a fuck, I ain’t no hippy,” she sings on “Dooo It!” and that’s only the beginning of an album littered with drug references. A year prior to its release, she sang about dancing with either “Miley” or “Molly,” depending on “if you know,” prompting headlines like “Miley Cyrus sings about molly again; experts warn of its dangers” and “Demi Lovato warns pal Miley Cyrus of the dangers of drugs after star confirms MDMA reference.”

But Miley’s not ashamed of her drug use. “I think weed is the best drug on earth,” she said in a Rolling Stone interview. “One time I smoked a joint with peyote in it, and I saw a wolf howling at the moon. Hollywood is a coke town, but weed is so much better. And molly, too. Those are happy drugs – social drugs. They make you want to be with friends.”

She did, however, announce last spring that she’d stopped using alcohol and drugs. “I haven’t smoked weed in three weeks, which is the longest I’ve ever [fusion_builder_container hundred_percent=”yes” overflow=”visible”][fusion_builder_row][fusion_builder_column type=”1_1″ background_position=”left top” background_color=”” border_size=”” border_color=”” border_style=”solid” spacing=”yes” background_image=”” background_repeat=”no-repeat” padding=”” margin_top=”0px” margin_bottom=”0px” class=”” id=”” animation_type=”” animation_speed=”0.3″ animation_direction=”left” hide_on_mobile=”no” center_content=”no” min_height=”none”][gone without it],” she told Billboard. “I’m not doing drugs, I’m not drinking, I’m completely clean right now! That was just something that I wanted to do.” Her reason? “I like to surround myself with people that make me want to get better, more evolved, open. And I was noticing, it’s not the people that are stoned.” Halsey might beg to differ.

Rihanna’s “We Found Love” video is believed to be an ode to the relationship-healing powers of MDMA, with montages of pills, raves, and expanding pupils as she and a male actor rekindle a dying love, though she then appears to leave him after they crash back to reality. The lyric “yellow diamonds” is thought to refer to the drug. But mostly, Rihanna’s a proud stoner, singing in “James Joint,” “I’d rather be smoking weed whenever we breathe.”

From raving about a guy who “might sell coke” in “Super Bass” to saying she’s “high as hell, I only took a half a pill” in “Anaconda,” drug use is one of the many things Nicki Minaj is unapologetic about. She also establishes herself as defying conventions of femininity by dropping sports references in her songs. (Billboard counted 42.)

With music embracing female sexuality and celebrating clubbing as a way to lose your inhibitions, Madonna created a new archetype of femininity. MDMA was such a central part of this image, she named an album (and a skincare line) MDNA. But when she tried to speak to a younger generation of drug users, it backfired. “Have you seen molly?” she asked a crowd at Ultra, eliciting criticism from Deadmau5 and Paul van Dyk. In response, she claimed she was simply referencing a Cedric Gervais song, tweeting, “I don’t support drug use and I never have.” One notable exception: urging a lover to “get unconscious” in 1994 hit “Bedtime Story,” which she promoted with a pretty trippy video.

Like most of Jenny Lewis’s music, her drug references paint depressing images. In “Rabbit Fur Coat,” she sings of her estranged mother, “She was living in her car, I was living on the road, and I hear she’s putting that stuff up her nose.” In the eponymous track for her first solo album, “Acid Tongue,” she sings, “I’ve been down to Dixie and dropped acid on my tongue, tripped upon the land ’til enough was enough.” But drugs seem to be a thing of the past for Lewis. Later in the song, she sings, “To be lonely is a habit like smoking or taking drugs, and I’ve quit them both, but man, was it rough.”

Long before Halsey or Miley Cyrus, perhaps the OG of female stoner artists was Janis Joplin, whose ode to marijuana, “Mary Jane,” is somewhere between a celebration of the drug’s benefits and a confession of addiction. “I spend my money all on Mary Jane,” she sang. “Now I walk in the street now lookin’ for a friend, one that can lend me some change, and he never questions my reason why ’cause he too loves Mary Jane.” Of course, she would later lose her life to another addiction, dying of an accidental heroin overdose.

Aside from publicly refusing to go to rehab, Winehouse referenced her drug habits in lyrics like “I’d rather have myself and smoke my homegrown” in “Addicted” and “You love blow, and I love puff” in “Back to Back.”

In 2007, she told Rolling Stone that the change in her musical style from jazz to R&B reflected a change in her drug of choice from weed to alcohol. “I used to smoke a lot of weed,” she said. “I suppose if you have an addictive personality then you go from one poison to the other. The whole weed mentality is very hip-hop, and when I made my first record, all I was listening to was hip-hop and jazz. The weed mentality is very defensive, very much like, ‘Fuck you, you don’t know me.’ Whereas the drinking mentality is very ‘Woe is me, oh, I love you, I’m gonna lie in the road for you, I don’t even care if you never even look my way, I’m always gonna love you.'”

Drugs were a central part of 1930s jazz culture, and Fitzgerald was no exception. In “When I Get Low I Get High,” she sang about numbing her pain with drugs, and a few years later, she got more explicit in “Wacky Dust,” a song about a substance that “gives your feet a feeling so breezy” and “brings a dancing jag”—presumably, cocaine. It ends on a less celebratory note, though, warning listeners that “it’s something you can’t trust, and in the end, the rhythm will stop. When it does, then you’ll drop from happy wacky dust.”

“I can’t lie,” Tove Lo told BBC of “Habits (Stay High),” whose video features her downing drink after drink at a club (and whose lyrics reference the munchies). “What I’m singing about is my life. It’s the truth. I’ve had moments where that [drug-taking] has been a bigger part than it should be. It’s hard to admit to, and I could filter it or find another metaphor for it — but it doesn’t feel right to me.”

“There are so many dudes singing about the same subject,” she elaborated to Untitled. “I wonder if they get the same question or is it because I’m a girl that people ask me, ‘Don’t you feel like you have a responsibility to be a role model?’ And I think: do I have that [responsibility] more than dudes because I’m a girl and I sing pop? I think there’s a kind of denial on how much drugs are a part of people’s lives.”