After spending 21 weeks on tour in 2017 with four bands (playing in Sharkmuffin, Ex-Girlfriends, Kino Kimino and tour mama-gering for The Big Drops) in three different countries, here are my picks for the best promoters, collectives and venues that I’ve been lucky enough to experience in 2017 (in no particular order)… 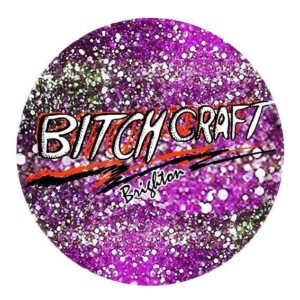 Sharkmuffin played at Sticky Mike’s Frog Bar in Brighton for the Great Escape Festival at about 3 in the morning. English psych rockers PINS kicked off the night and I couldn’t believe people were still around and excited that late. True to its name, the basement venue of Sticky Mike’s is reminiscent of sweaty ’70s LES punk venues, with a fence barricade between the stage and audience that everyone pushes and pulls on. At one point during our set an audience member coaxed me to jump over the barrier and crowd surf. I took the opportunity to do so, but was quickly dropped (don’t worry, I’m used to it) into a puddle of vomit.

Polly & Ollie, who organized the whole show, put us up in their flat that night, as well as for our return visit to Brighton – the final show of our U.K. tour. Every last Friday, they and a group of friends who “wanted to give themselves and other girls involved in music, art and promoting a more accessible platform in the music industry on their own terms” host BITCH CRAFT at Sticky Mike’s in an effort to create “a safe, friendly and equal environment for girls to come and enjoy themselves and promote what they’re good at,” including behind-the-scenes support.

Asbury Park, NJ is  a small city by the sea, sandwiched between NYC and Philly. A decade ago, Asbury was a ghost town full of uninspiring classic rock cover bands, making it difficult to convince touring bands to pass through. Little Dickman Records, run by Chris and Amy Dickman, have changed all that with their intent to bring the coolest original touring rock bands to Asbury Park. One of their most memorable shows of the year was when Nashville country duo Birdcloud played at The Saint. “The place was packed and there was a real excitement in the air. Birdcloud came out in diapers and put on quite an amazing show. Probably one of the edgiest and dirtiest shows Asbury Park has seen since the night GG Alllin played Fastlane in ’91,” remembers Chris.

The Little Dickman team also presents shows at Asbury Park Yacht Club and at the Asbury Hotel – named Best New Hotel in 2016 in a USA Today Readers’ Poll. Fruit & Flowers played there with The Nude Party and High Waisted, two shows that LDR say they’re also most proud of this year. We also played the Little Dickman Records SXSW showcase in Austin, Texas, which included music from LDR artists The Off White, The Blind Shake, Thelma And The Sleaze, Pink Mexico, Dead Coast and more. 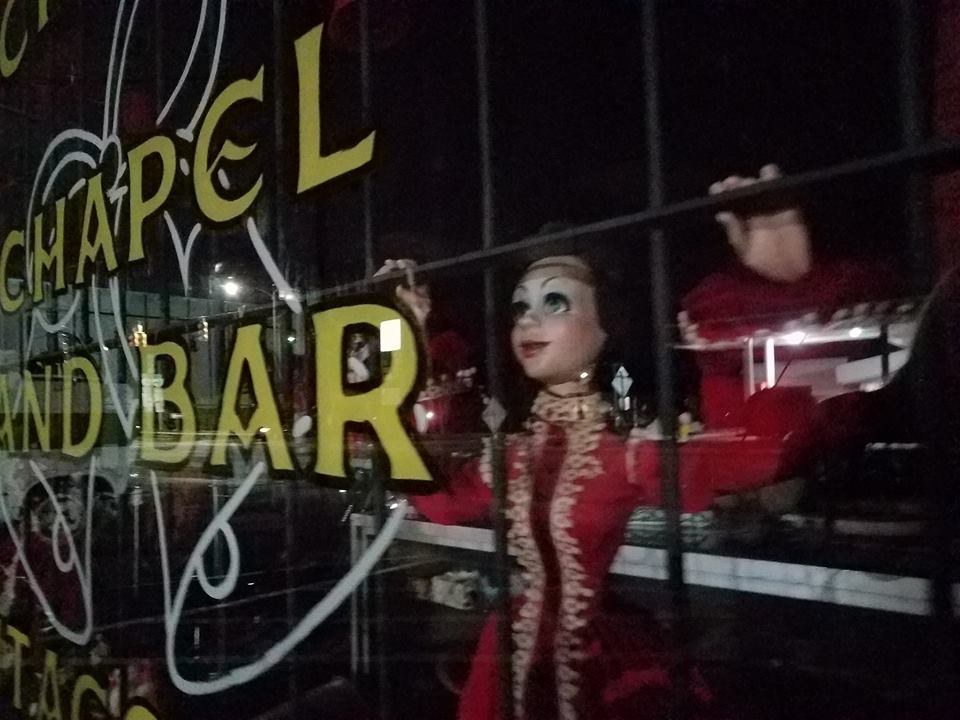 Fleetwood’s is a brand new rock ‘n’ roll chapel, vintage store, rock venue and bar run by a wonderful woman named Mary and her partner. She put together a great last minute show for Ex-Girlfriends in September and was also able to host A Deer A Horse after their Florida shows were canceled because of the Hurricane Irma. It’s a versatile and cozy space where we felt right at home.

“Fleetwood’s Rock-n-Roll Wedding Chapel and Vintage in Asheville, NC opened on August 23rd 2017. My partners and I had the opportunity to take over an old pawn shop that we transformed into a vintage store with a bar and a ‘quickie wedding chapel’ (where bands play). Since we’ve been open we’ve hosted over 50 bands from all over the country – mostly punk and rock-n-roll with a couple of old-time country events. We’ve also held two legal weddings (including same sex) and three drunken fake ones. The word has spread fast within the band scene and nearly every touring band is making plans to come back. I think that our unique space coupled with our true love and respect for indie musicians is what makes us so special. We try and create a welcoming environment to all who come through and make sure they are paid well and respected. We’ve run the gamut from unknown bands that have blown our minds to members of bigger groups like TVOTR and The Black Lips. We look forward to every band that plays because we live for Rock-n-Roll.” – Mary 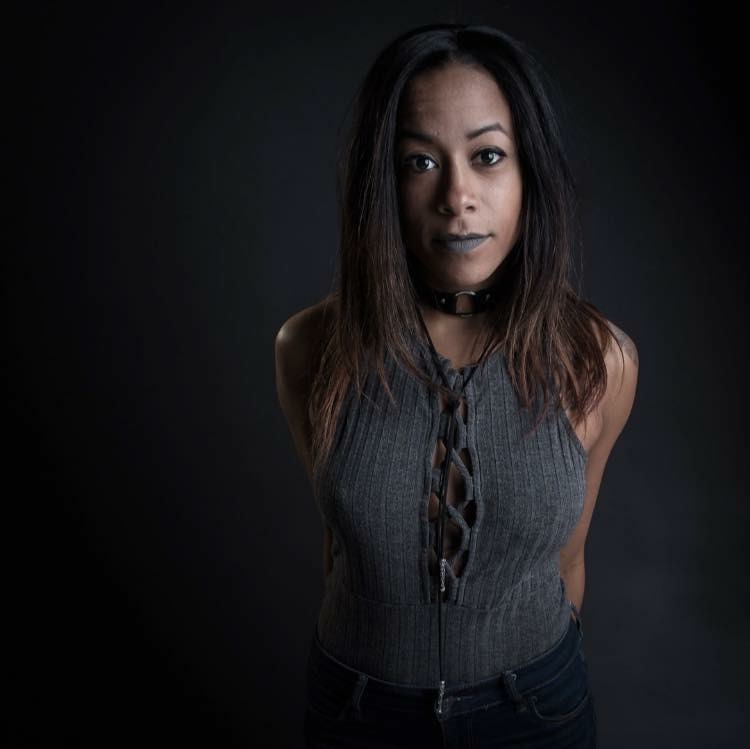 Janeth Gonda of Made in Colombia Presents has run a DIY venue out of her incredible apartment with basement studio space and backyard since 2014. At Barranquilla, I’ve played anything from a horror movie screening/flea market/record release party to my own joint birthday party with Natalie of Sharkmuffin. She has hosted countless touring bands, Northside events, full moon gatherings and so much more. The event she is most proud of this year at Barranquilla was the BUST Pride Event with Haybaby, New Myths, Parrot Dream, Lost Boy ?, Espejismo (feat. Janeth herself!), See Through Dresses, Hot Curl & Street Rules.

“This year I’ve been super lucky to extend my platform beyond Barranquilla Studios by working with BUST Magazine. It’s so awesome to be able to bring so many amazing people together. I think I’m most stoked on my efforts to help create safer spaces for open discussions and to hopefully foster change. At my most recent event we combined music, crafting, and herbalism with politics and workshops such as how to heal after sexual trauma and consent. I think it’s essential to bring certain issues to light even when we’re just having a good time at a show. In order to create change we sort of have to shove it down people’s throats, raise our voices and let them know we are here.” – Janeth Gonda 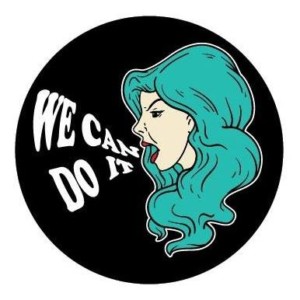 We Can Do It Promotions (The Lock Tavern)

When Sharkmuffin toured the U.K. for the first time in May 2017 we had no idea what to expect. We feel so lucky to have met Kelly of We Can Do It Promotions who put together our amazing first show in London at The Lock Tavern that was way more well-attended and fun than any of us could have imagined. Founded in January 2016, their mission is to support “continuously improving but sometimes overlooked gender equality. In the music industry we are constantly met by male dominated line-ups and We Can Do It Promotions is here to support female and male musicians equally.” Their website includes interviews & photos of a lot of the shows they’ve promoted! 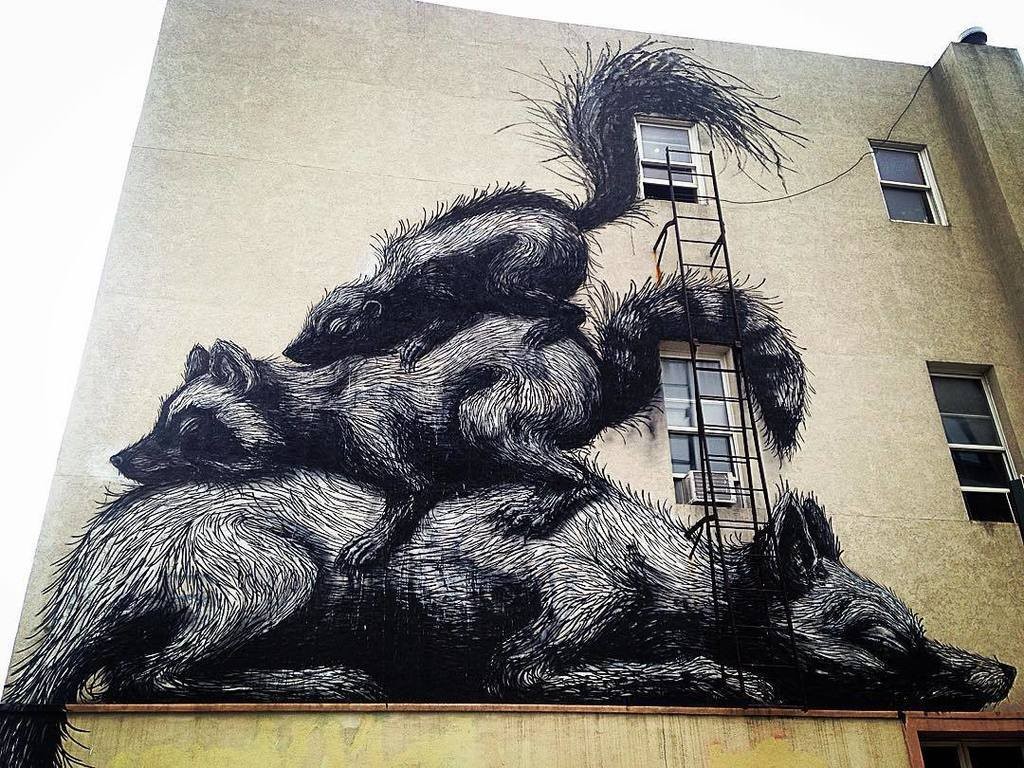 Muchmore’s is the last DIY venue of Williamsburg, Brooklyn owned by New Orleans born lawyer Andrew Muchmore. This year he had a major victory with a lawsuit that helped overturn the 89-year-old Cabaret Law, which prohibited dancing at venues that didn’t have a certain license. Muchmore’s current booking manager is Heather Cousins of Ex-Girlfriends and Side Bitch.

“One thing I love about being a booking manager and also a touring musician is that I get to help bands we’ve played with on the road. We recently had Blaha from Minneapolis; one of their members put us up while we were out there. Today we had Cult Flea Market Twisted Christmas edition which, yes, is a Flea Market for horror and weird cult stuff. It was put on with Mike Hunchback from Co-Op 87 Records (cool record store in Greenpoint). I picked up a Wanda Jackson Record and a weird novel about lust and blood with Cavewomen. I’ve made cocktail menus of women-fronted bands; you can get a Birdcloud or a Sharkmuffin. 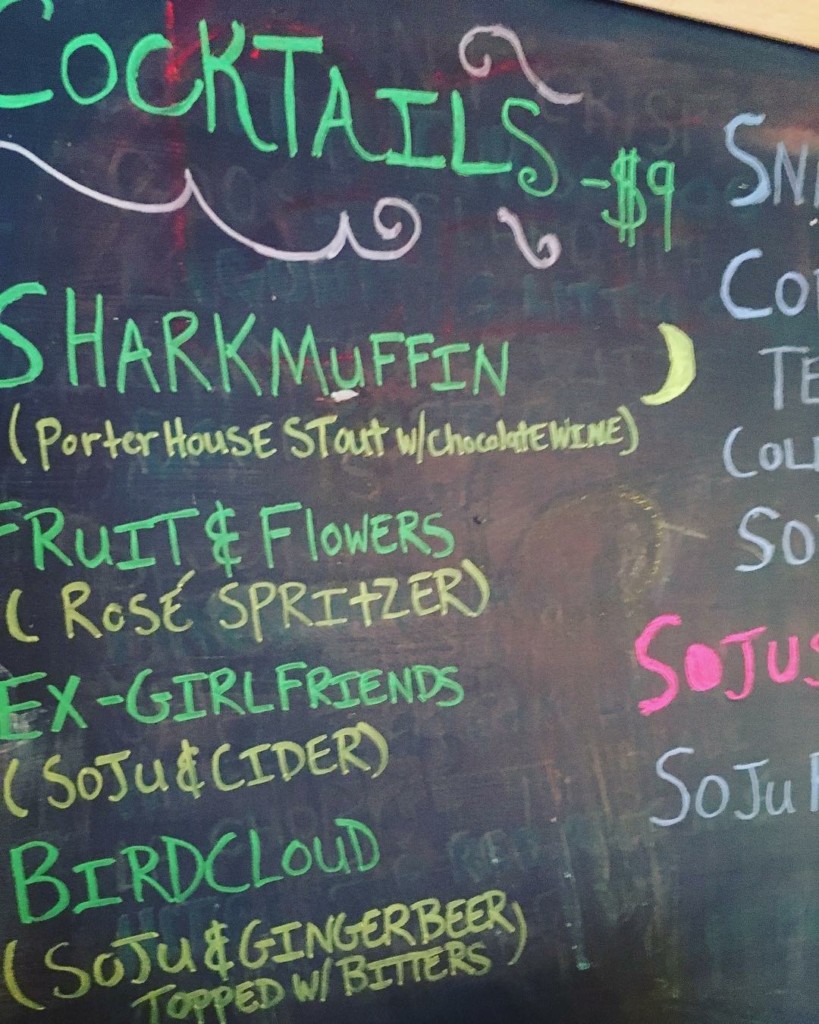 We’ve had so many great shows lately, like Hank & Cupcakes from Georgia, and Ute Root from Australia. I love booking all kinds of stuff, from comedy to rock shows and burlesque. We even have a monthly wrestling comedy show! I can’t wait to do more with the art scene – especially comic book artists – and we’re hoping to finally get some rock ‘n’ roll DJs. All in all, being a booker is a rewarding experience even if it can be a little grueling sometimes.” – Heather Cousins 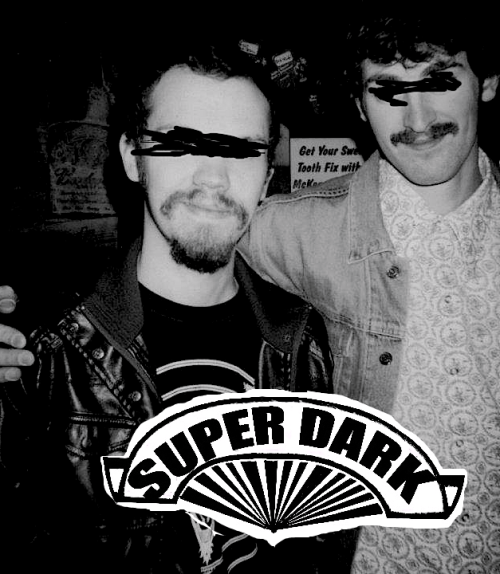 I was able to play at One Caroline in Saratoga Springs with Kino Kimino and also come back to see a show with The Big Drops, High Waisted and The Coax in November. One Caroline is your typical jazz bar with fancy cocktails and good American bistro styled food. But Super Dark Collective ironically hosts louder shows on Mondays and Thursdays. The block that One Caroline is on gets so crazy on the weekends with all its packed bars, cover bands and college student crowds, but One Caroline is the only place you can here a plethora of genres of rock music as well as interesting touring bands thanks to Super Dark Collective. They also run the independent record labels Super Dark Records and Lo-Fi Kabuki Records and book shows in the Capital Region area. 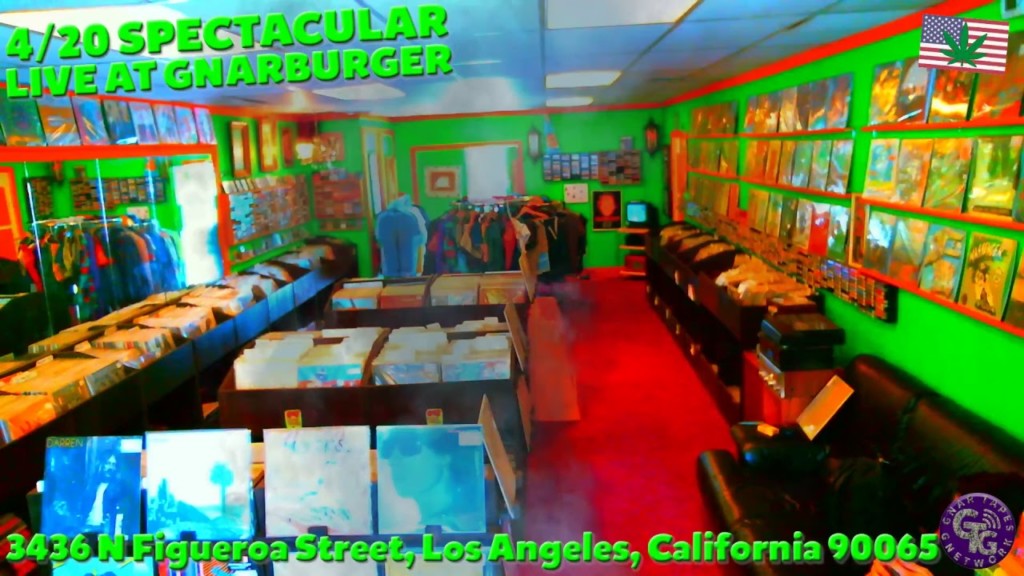 GNARBURGER is currently my favorite record store. The joint venture between Gnar Tapes and Burger Records opened their doors in 2015 and have let bands from all over play on their tight floor space ever since. Ex-Girlfriends and Fruit & Flowers played a day show here back in February, thankfully escaping the NYC winter to play music, drink beer, and shop for records & vintage clothes on a lovely afternoon. 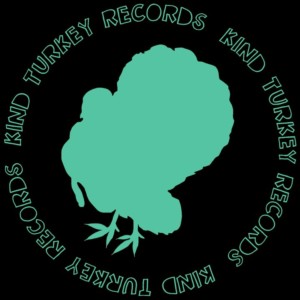 Kind Turkey Records is a garage/punk/pop record label run by Bobby Hussy from The Hussy, whose roster includes Proud Parents, Digital Leather, and Nots among many others. Bobby also books amazing line-ups at Mickey’s Tavern every time we come through town. The venue has a few different velvety rooms, a pool table and great food (plus they have an option to feed bands)! Bobby also has put together Turkey Fest every fall for the past eight years. 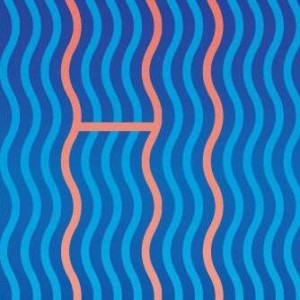 Hi Tide is a booking company formed by Ana Becker of Fruit & Flowers and Tim Race of Big Bliss (both of whom were recently named the #1 and #2 hardest working bands in NYC by Oh My Rockness).

“Tim and I started Hi Tide after we got back from a joint Big Bliss / Fruit & Flowers tour in March. We booked that tour together, and it was the least painful tour booking experience either of us had ever had. Most of us in DIY touring bands rely on friends in bands in other cities to help us book good shows in their towns. It makes a huge difference when people actually set up a show with care. So as long as we’ve each been in bands, we’ve done our best to return the favor when bands from other cities reach out to us. We figured we could do that part together too, so we stuck a logo on it and Hi Tide was born.”- Ana Becker

Their biggest achievement this year was their Babes All Rock Festival at Baby’s All Right on December 3rd that had a stacked line-up of female-fronted bands featuring Combo Chimbita, PRIMA, A Deer A Horse, Big Quiet, Debbie Downer, Verdigrls, Espejismo, Treads and more, with proceeds from ticket sales and a raffle donated to the Mount Sinai SAVI Program, which aids survivors of sexual assault in NYC.

“The idea for Babes All Rock started on a Facebook thread. One of the organizers from Color Me Bushwick put out a call for recommendations of women musicians to play CMB. I tagged a ton of people, others chimed in, and it snowballed. A few people thought it’d be a great idea to make that into a fest of its own, and we got to work. Tim was 100% on board; booking diverse lineups has been a part of Hi Tide’s mission from the start. Also crucial to the fest’s organization were Gwynn Galitzer of Suffragette City, Amanda Jun, Rachel Rossen, Janeth Gonda, Josh Meyer & many others.”  – Ana Becker