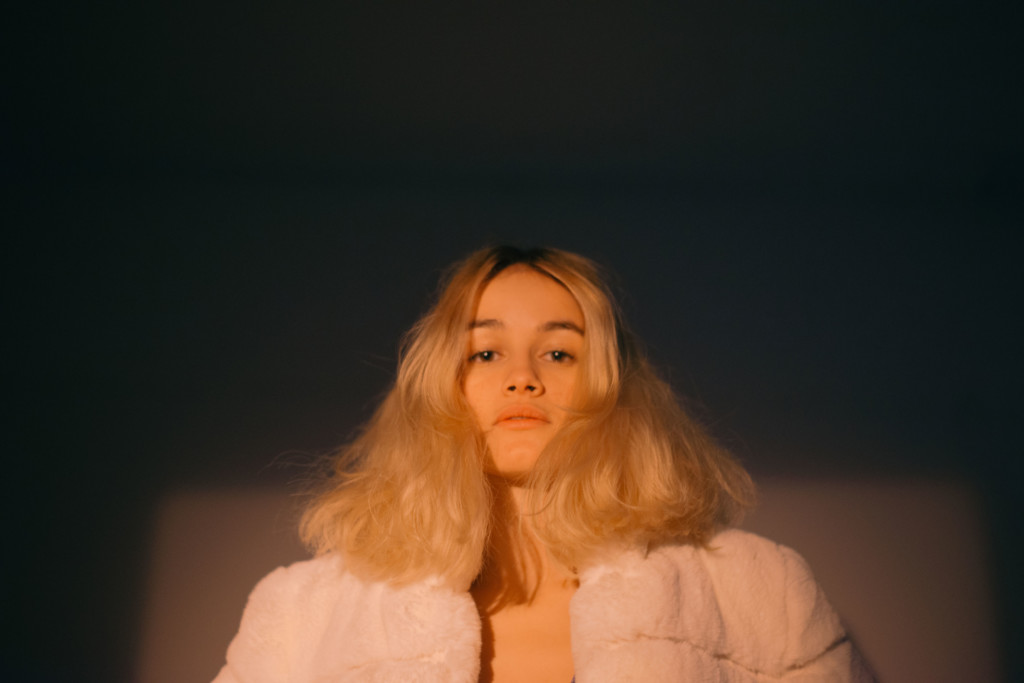 There’s a calm awareness woven through singer-songwriter Mogli’s music, an overarching grace that winds its way from the first wordless track of her new EP, Patience, through the very end. It is subtle, rising and falling, a pulsing heartbeat driving each track forward at its own pace as her emotive vocals capture every twist and turn of a long, lonely path. Like the Netflix documentary, Expedition Happiness — in which she made her name as filmmaker and traveler, crossing the United Sates with her then-boyfriend Felix Starck, penning its critically acclaimed soundtrack, Wanderer, along the way — Patience is the tale of a journey that didn’t go as planned, yet one that she crafted into a masterpiece, minus the jaw-dropping views and winding roads.

Blending the ambient, driving sounds of alternative rock with deeply introspective songwriting, Mogli traces her steps through a year of depression, loneliness, healing, and ultimately, growth. Following her split with Starck, Mogli relocated from the idyllic German countryside to a fast-paced lifestyle in Berlin. “It was the right decision,” she says of the break-up and subsequent move, “but it was a lot to be suddenly on my own for the very first time. I was like, every morning, ‘What do you do with your time? Where do you go with your life?’”

The uncertainty was new for Mogli, who entered the world with a clear-eyed confidence, supported in following her own path by two artistic mothers. “In our family, it was always a good thing to learn something,” she said. “I was always encouraged, and everyone just let me have my space and find out what I wanted to do with my time,” she explains, and says singing felt the most natural. “I started to sing before I could speak. I hummed along when [my mom] either played music herself, or we just listened to music. I did that in my sleep as a baby… I still do sometimes,” she adds with a laugh. “It can be a bit embarrassing if you have a new date, and you’re singing in your sleep.”

Mogli spent her teens performing throughout Europe with an opera company, so traveling America with Starck was a natural extension of her nomadic spirit. “I was so inspired by my surroundings and the journey I made on the trip. It was beautiful. I was in the middle of nowhere in Alaska or New Mexico or the Grand Canyon, and I was so inspired by that, and how it moved me personally,” she remembers. But when it came time to settle down, the 25-year-old felt something was off – her life had become static, and it was time for a change, so off to Berlin she went, on her own this time.

Her new reality hit like a dull blow to the chest as she found herself struggling with depression for the first time in her life. “I was so overwhelmed with everything that I suddenly didn’t know what was right anymore, and where I was going,” she says. “I think I [shoved the fear down] for a long time subconsciously… then it all came down, and I think it always will hunt you down if you don’t address it.” It was a foreign experience to her, isolating and deeply unsettling. “I never had a single touch of any mental health problems before. I’m a very positive person, so I wasn’t used to it,” she explains. “I didn’t expect it at all; I didn’t see any signs. I didn’t have any energy left in me. It came as a shock to me, and I had to take time to process.” On the ethereal, piano-driven lead single from Patience, “Another Life,” she puts the experience to song, her voice heavy with the ache of loneliness: “In another life, this could have been / In another life, I let you in / I can’t seem to keep them in / I was happy, I was happy ’til the morning / This was never, this was never happening.”

Still driven by a need to create and perform, Mogli turned to friends and family, something she acknowledges as the start of the healing journey. “I asked for help for the first time in my life. I opened up to people and said, ‘I’m really not feeling well. I don’t know where it’s coming from, but I need help.’” The support she received, she says, gave her meaning again. “I was scared to be alone and to end up lonely. By opening up about that, I suddenly wasn’t lonely anymore.” Soon after, she took to the studio with two producer friends. This time, however, she turned inward for inspiration, rather than looking out over the Grand Canyon or the Alaskan wilderness with a guitar in hand.

“I started writing my album literally on the day where I started to feel bad,” she says. “It’s a documentation of the whole process I went through last year. I tried to let out what was inside of me. The topic of this whole EP is transition and change, because it was written in a time where I changed so much. I did really use music to get through it. It’s okay to make yourself vulnerable and to have fears; you give other people the chance to understand you and to have empathy, and we need more empathy in the world. I am making myself so vulnerable I am already a bit scared.”

The intensity of her vulnerability contradicts the stillness of her newfound awareness, a humming tension tucked below haunting melodies. Patience is her tell-all, a five-song snapshot of a year spent changing and growing, deeply intuitive and — ultimately — the healing she needed. Music not only gave her a way to express the loss and longing she felt, but a way to move beyond it; by naming her pain, she took away its power and transformed it into a masterpiece. The EP’s title track is a gentle but uplifting reminder that time can be the best remedy: “We should have patience to let the hurt dry out / We should have patience to let our hearts down,” she sings, before pledging to “fight the panic out;” the verse ends with the calming mantra “I’m gonna let it go.” 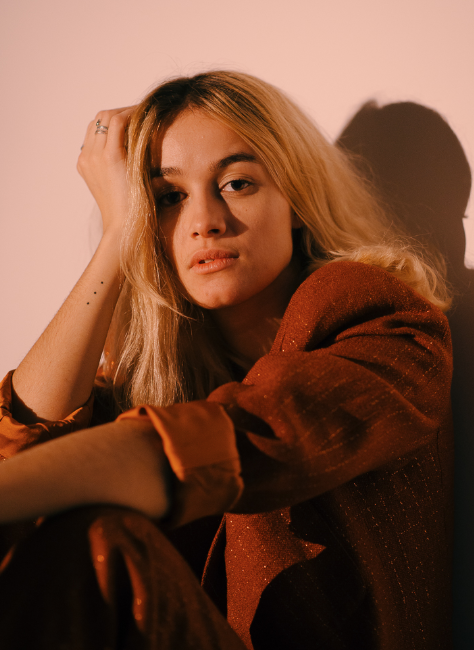 Even when her depression was at its worst, Mogli says she never doubted her path. “I am a very gut-feely person. I didn’t stop trusting myself. I just knew that I had to give myself time,” she says. In opening up about that process, she’s given her listeners the courage to open up about their deepest hurts as well. “I feel like my music is a way of connecting people, because whenever I have a concert and there are thousands of people in that room, and they’re all crying and they’re all listening to me making myself vulnerable and singing about being scared, suddenly, no one is scared anymore. We are all together.”

As she prepares for the release of Patience — and the full-length album to follow, which offers an even closer look into her year of growth— Mogli’s commitment to baring her soul to the world seems stronger now than ever before. Her hand is in every aspect of her music career, carefully designing merchandise, albums, art direction for her videos and live staging to authentically tell her story, a level of creative control that has earned her the title of Berlin’s DIY Ambassador. And while she’s aware of the freedom she has an an artist, she’s quick to correct the notion that she does everything on her own; she considers herself a curator, guiding a close-knit team as they assemble the puzzle pieces she crafts. Even more so, she’s conscious of the responsibility she carries as the creator of her own fate.

“I am the one that has the risk at all times,” she says. “I can control every piece of content that I share with the world. The downside is that I am the only one who has the risk, and all these people are dependent on me, so it’s a lot of responsibility. Being called a DIY Ambassador feels really nice, because it gives credit to the braveness it needs to do this job. People forget. It could sometimes look easy because it’s so much fun and I love doing it, but it doesn’t mean that it doesn’t take courage to do it.”

It’s been a long road for the girl from Expedition Happiness. She’s felt the bitter fear of loneliness, as well as the peaceful finality she sings of in “Cryptic,” the EP’s closing track: “Cryptic mind, cryptic soul / Always wondering where to go / And I was so damn right / I was so damn right.” From start to finish, Patience chronicles the first disoriented steps of her journey, of a year spent waiting, watching, and wandering through an unknown land with no guide but herself. But she emerged, a voice in the wilderness, shouting what she knows beyond a shadow of a doubt: life can be hard and scary and lonely at times, but it’s so incredibly, miraculously beautiful.