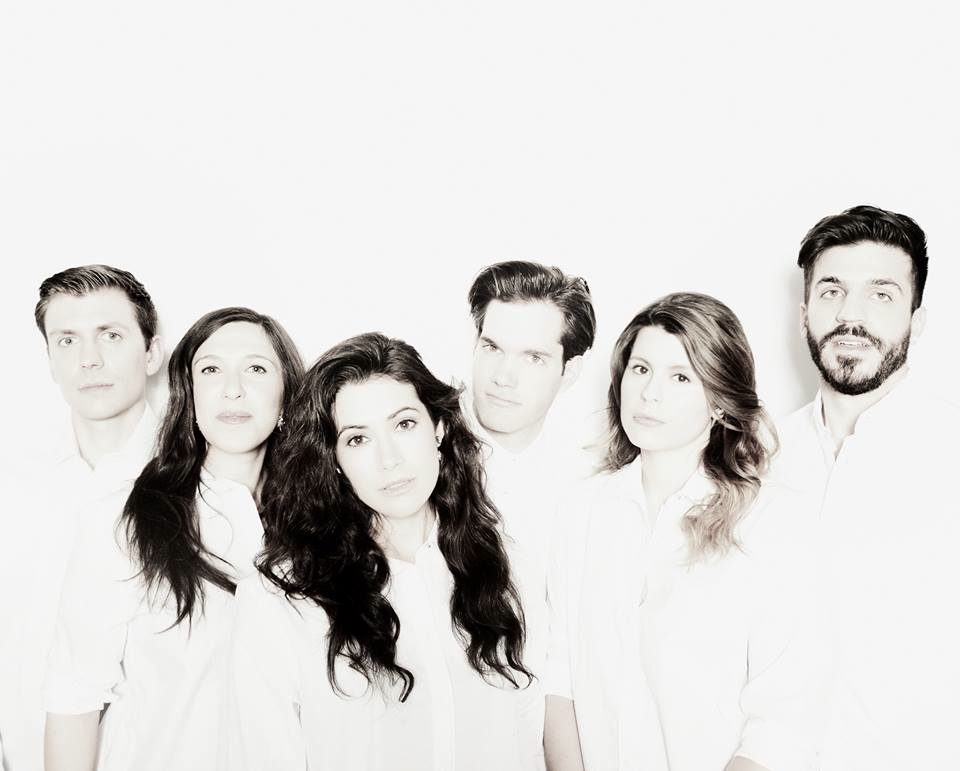 Missing a music festival due to travel delays caused by a snow storm is worse than the brown frozen crunchy puddles that fill Brooklyn. Rather than escape the cold concrete jungle for warm Savannah, where New York City-based “pretty/gritty” pop rockers Parlour Tricks were performing, I had to settle for an interview, which was a chance for a lovely conversation of intelligence and insight. Although, I continue to look forward to the day I can see Parlour Tricks, an AudioFemme favorite, live. Before they head out for this year’s SXSW,I chatted with band member Lily Cato about life on the road, their upcoming debut full-length album, and how cool it would be to perform with Chance the Rapper. .

Audiofemme: Your hometown is New York – how did you all end up in the city?
Lily Cato: I grew up in the city. Everyone else moved for college. I’m lucky they did.

AF: What is your favorite New York City venue?
LC: Mercury Lounge.
AF: Best neighborhood?
LC: I love the East Village and Chinatown in Manhattan and Park Slope in Brooklyn. But then all the museums are uptown…
AF: How did you meet and form Parlour Tricks?
LC: We met in college. I started writing music in my third or fourth year, and asked these cool kids to play with me to see if the songs were any good. It was a crapshoot.
AF: How do you enjoy life on the road?
LC: Genuinely love it.
AF: Your set up of three vocalists is rather talked about, how did the band formation come about?
LC: First it was just me, Brian, Terry and Angelo, no other women. But I’d hear these thick three-part harmonies in my head in every song I wrote, and finally realized we needed to expand the family. Deedee and Morgane gave me everything I was looking for.
AF: What do you miss most from home while traveling?
LC: Not having to load and unload gear every day is a simple pleasure.

AF: Who were your musical icons?
LC: Elvis Presley and Tom Waits. Still are.

AF: If you could have anyone join you on stage – who would it be?
LC: Chance the Rapper.

AF: Could you tell me a little bit about the band’s visual style, and fashion sense as noted on stage?
LC: We put a lot of work and care into how we sound. How we look is just an extension of that. We’re putting on a show, you know?

AF: Where did your band name come from?
LC: I always loved the idea of “parlour tricks.” People used to get together in someone’s living room and entertain each other. The intimacy of it. Make your own fun.
AF: Your music has been described as much retro and built for the future, if you could see yourself thriving in any time but the present what would it be?
LC: Any time that will have us, I guess. I think we’d do OK amongst the dinosaurs. Really get back to basics.
AF: What’s next for Parlour Tricks?
LC: We are so, so psyched to be releasing our debut full-length album with Bar/None Records this June
.
For a taste of what they’re like live, watch Parlour Tricks’ recent Audiotree session below: