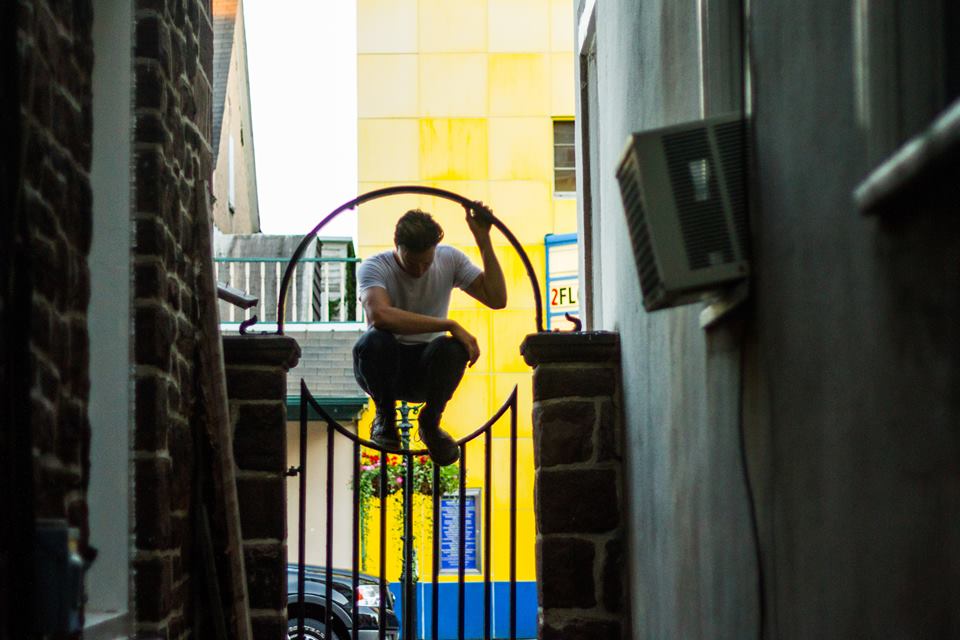 Heat Thunder, aka Joe Montone, hailing from Doylestown, Pennsylvania, is a folk musician whose music you’ll want to become quickly acquainted with. He recently opened for Anthony Green of Circa Survive on his Pixie Queen Tour and also released his long-awaited EP Phoenix. His thought-provoking lyrics and entrancing guitar chords are enough to make anyone more than slightly curious about the man behind the music — it’s immediately apparent upon first listen that Montone has an enviable natural and clear connection with music that goes far beyond being a hobby. Passion is embedded in his music because it has become so deeply ingrained in his life, and Montone’s appreciation for the process behind creating and performing music is humbling.

AudioFemme got a chance to chat with Montone about a bit of his musical history and what plans he has for the future.

Joe Montone: The summer before I began high school, my suburban world changed and expanded. Skateboarding and music were still cultural rites of passage, and I knew I needed the good stuff. But all I had was Kmart. That year, 2003, my older sister Mary picked me up and drove me an hour away to get my first skateboard. That’s what it took to get to a REAL shop.

She bought me a skateboard video that day—the music behind those skate parts still gives me chills thinking about it. Sunny Day Real Estate, Placebo, and Built to Spill were featured. My cousin John further contributed to this expansion infinitely. He brought me to Warped Tour that same year. 2003 was still legit: Coheed, Taking Back Sunday, Brand New (before Deja Entendu was released!). It’s funny to think about now.

I aspired to start a band all throughout high school. Writing lyrics, playing piano and guitar—it was something I demanded, and it was my entire life.

It was then I found the Doylestown’s punk and hardcore scene and later joined my first band, I Am Alaska, featuring ex-members of Phineas, which was my favorite band at that time. Getting invited to sit in on one of their practices and then becoming a full-time member was an insane honor. I played piano and synth. We signed to a label, toured, put out EPs, and then the main songwriter left. So I followed.

For the next three years, I started really crafting my own songs. I released my first EP as Heat Thunder (Melody, Love & Soul) in 2010 while everyone else was graduating college. It was during this time that I really just played guitar, absorbed music, and worked in a coffee shop on repeat every day.

I have been guided to ever-changing, natural progressions in my life inspired by new friends sharing sounds and art. And I am so grateful.

What does Heat Thunder mean to you?

“Heat Thunder” to me means a space given to listen and express. However fast or slow the rhythm may be. Something I can be enveloped by.

What was the inspiration that led you to create Phoenix?

Phoenix was created while the four-piece band variation of Heat Thunder was fizzling. Another gigantic shift began to happen. I began reading “The Artist’s Way,” living on my own, and listening to Scott Walker featuring Sunn O))), Roy Orbison, as well as any honky tonk/country western song before 1980. The main theme during all of this though was to begin honoring myself and listening to my heart. I began to cultivate a deeper relationship with myself and the artistic process.

How was it touring with Anthony Green on the Pixie Queen Tour?

It was an honor to be invited onto that tour by Anthony. Throughout the past 11 years, Circa Survive has also been a constant. Being on that tour was so deep because I felt like I knew everyone in those audiences. This was also the first time I ever played my own music in a different city other than Philadelphia. With a friend and inspiration like Anthony? It’s an indescribable feeling.

What was the most unique or interesting thing that happened while on the Pixie Queen Tour?

The most interesting and unique thing was on this tour was to meet so many people. Reflecting on mine or Anthony’s music with them reinvigorated and further instilled my own bond with music and the journey of life. This sort of connection was impacting. Everything since has felt more personal than I could have ever comprehended. It is all a gift.

Who are some of your musical inspirations?

Besides The Beatles: Nirvana, Springsteen, Circa Survive, old Western stuff, weird awesome afro-beat grooves, endless YouTube discoveries—mmm—old blues records. Anything I can get my hands on, truly. It comes back to rhythm and soul for me. Something that moves and I can believe in.

What do you enjoy doing when you aren’t creating music?

I like hanging. Whether with my girlfriend or close friends. Riding my bike or swimming. Eating sushi. Listening to music.

What are your plans for the future? Any musical milestones or goals you’re looking to hit?

Right now I am navigating how and where to play in other cities. I would like to put out something with label support in the future and connect with a manager. My goal is to keep sharing and feel the changes that come with growing.