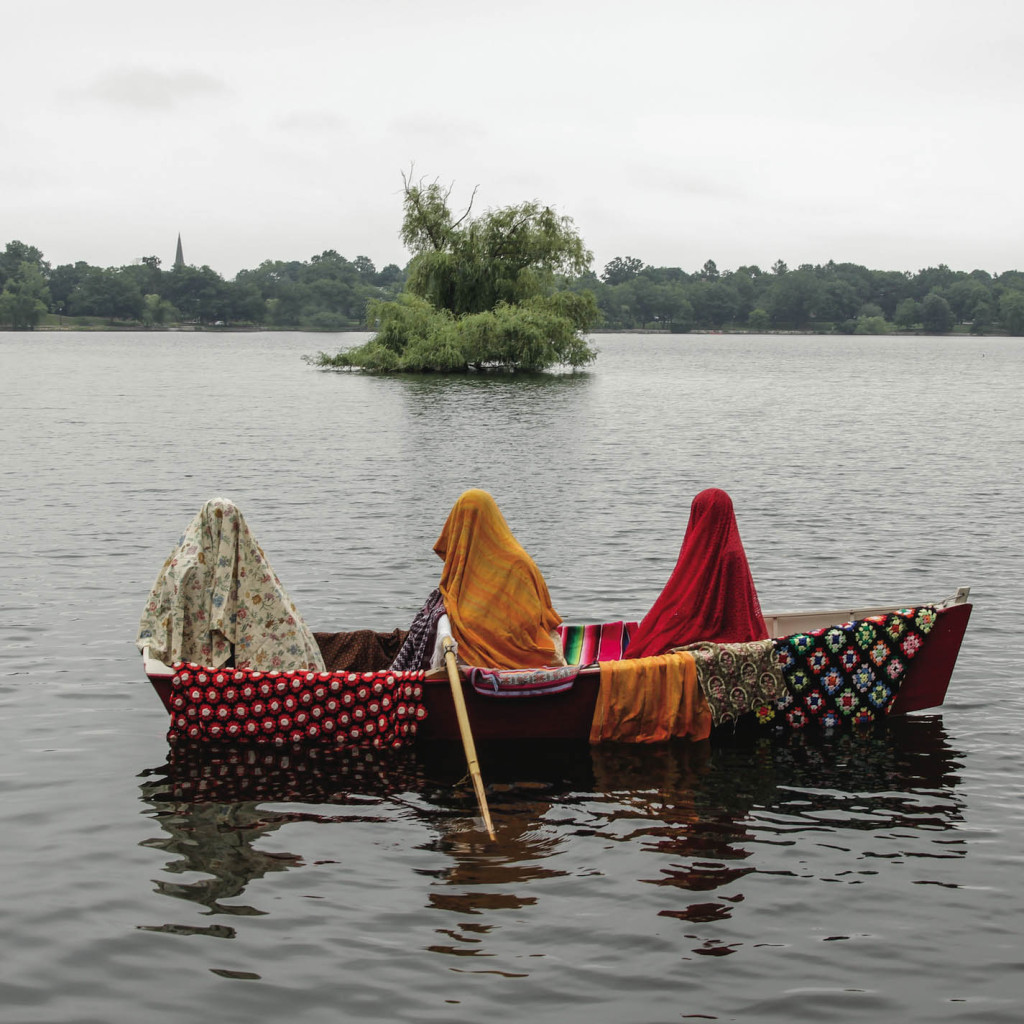 “Everything will regenerate as love.”

“Quilt” is an apt name for this Boston trio, who weave together assorted instruments, genres, and moods on their stirring sophomore album, Held in Splendor. The psych-folk band were already known for their layered vocal harmonies and vintage sound, displayed in full on their 2011 eponymous debut, but Held in Splendor sees the three experimenting with more dynamic arrangements and a pastiche of instruments not previously heard in Quilt’s signature sound. Perhaps it was the addition of drummer John Andrews, who joined founding members/college buds Anna Fox Rochinski and Shane Butler for the making of this album, or perhaps it was the long hours logged in a legit recording studio in Brooklyn, NY, or perhaps it was Woods member Jarvis Taveniere taking the role of producer— something surely gave the band way to blossom beyond its boundaries in these 13 tracks, due out 1/28 on Mexican Summer.

Don’t get me wrong—for those familiar with Quilt, Splendor loses none of the band’s retro sensibilities but it certainly expands on them. “Arctic Shark,” for example, works wonders as the album’s opener, inviting listeners to a warm and happy place with floating sitars and trance-like “Oooh”s layered atop Rochinski’s honeyed voice, singing “Everything will regenerate as love.” It plays like an HD version of one of their earlier songs, as does the later track “Mary Mountain,” recalling textbook psychedelic folk in keeping with The Mamas and the Papas. Songs like “The Eye of the Pearl” and “Talking Trains” brush away the lo-fi fuzz of their previous work so that the vocals are crystal clear, glistening atop a lush blend of piano, banjo, and electronic sound effects in the former and subdued guitar in the latter.

But the album’s stand-outs are the songs that evidence Quilt’s ability to mix things up. “Tie Up The Tides,” for example, is a pop gem at its core, immediately appealing and subtly addicting thanks to that prominent, catchy bass. “A Mirror” is a sprightly song with audible depth that evolves around its upbeat percussion, evoking ‘70s rock and roll with punchy electric guitar licks. And “Secondary Swan” shows off the band’s delicate lyrical prowess (and apparent love of alliteration), with a soft and orchestral, Andrew Bird-esque sound that hides an unexpected, raving rock-out midway through the song, bringing to mind the skittering energy of bands like the Talking Heads or The Feelies. The tracks careen through quite a few twists and turns but many of them bleed into one another, providing a sense of continuity.

With reference points that dot the decades, Held In Splendor is unfettered psychedelic rock, approaching the genre with a wholly contemporary frame of mind. This is what a sophomore album is meant to do: expand on an established sound and provide proof of a budding band’s staying power. And with this release, Quilt make it clear that they aren’t going anywhere.