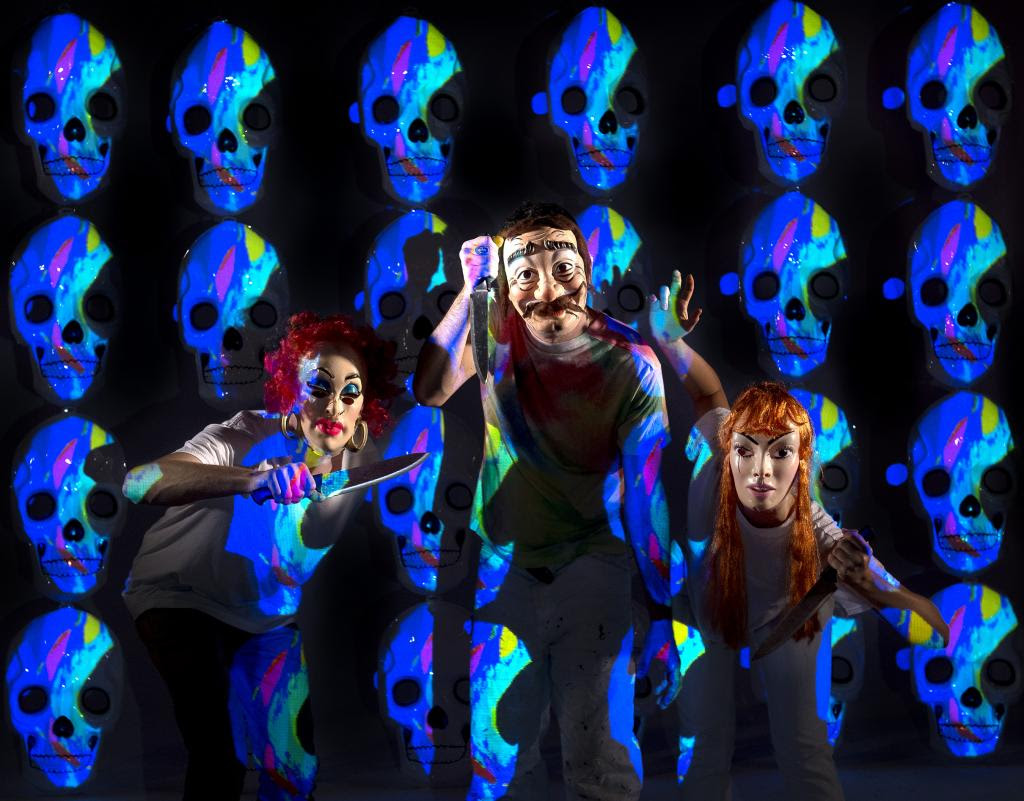 Avey Tare has put out some nine-odd albums with pioneering psych-electronic quartet Animal Collective, but this decade, he’s focused more on solo work than he has on the band that originally made his bones. His latest creation, Slasher Flicks, feels like a deliberate push towards something new, in part because it’s really more super trio than it is side project, featuring ex-Dirty Projectors multi-instrumentalist Angel Deradoorian and Ponytail drummer Jeremy Hyman, who recently collaborated with Dan Deacon. Enter The Slasher House bears obvious family resemblance to Tare-fronted Animal Collective tracks, with similarly off-kilter harmony and a grab bag of digital effects and reverb.

With a name like Slasher Flicks, you might expect the album to sound cartoonish–and you’d be correct. It’s more funhouse than b-movie horror, though. The album is packed with bouncy synths, surreally poppy hooks, and rhythms that appear to operate at the whims of a metronome gone psychotic. Often, the latter is a highlight. Hyman skillfully controls his ear-catchingly angular drum lines, which never shy away from being the focal point of the tracks on this album. In fact, sometimes they’re the scaffolding the rest of the music hangs around. On songs like “Outlaw” and “Catchy (Was Contagious),” the strength of the drum beat leaves Tare’s singing in the dust.

Slathered in production and reverb, the vocals come across a little wimpy. When the songs are at their most instrumentally complex, Tare’s voice seems faint and watery, as if he’s singing from far away or his voice has been unceremoniously inserted to echo the melody. Tare’s anxious, yelling vocal style is easily recognizable, but his presence on this album doesn’t match the authority he cultivated in Animal Collective. Instead, the vocal melody defers to the rest of the music, or we lose it altogether.

The exception to that comes with “Little Fang,” a fantastically catchy number that brings all this group’s elements into synch. A pop hook and an irresistible bass lines serve as the big draws for this track, but lyrical repetition (“You’re always crashing into teeth,”) bolsters its blissfulness. Somehow, despite all the clicks and crashes of its oddball underbelly, the song comes across as sweet and summertime-simple as a Beach Boys single. Sadly, the magic balance “Little Fang” nails doesn’t stick in place for the rest of Enter The Slasher House – the bubbliness soon gives way to manic obnoxiousness, and the angularity of the rhythms turn toward chaos.

Check out the terrifying video for “Little Fang” below!