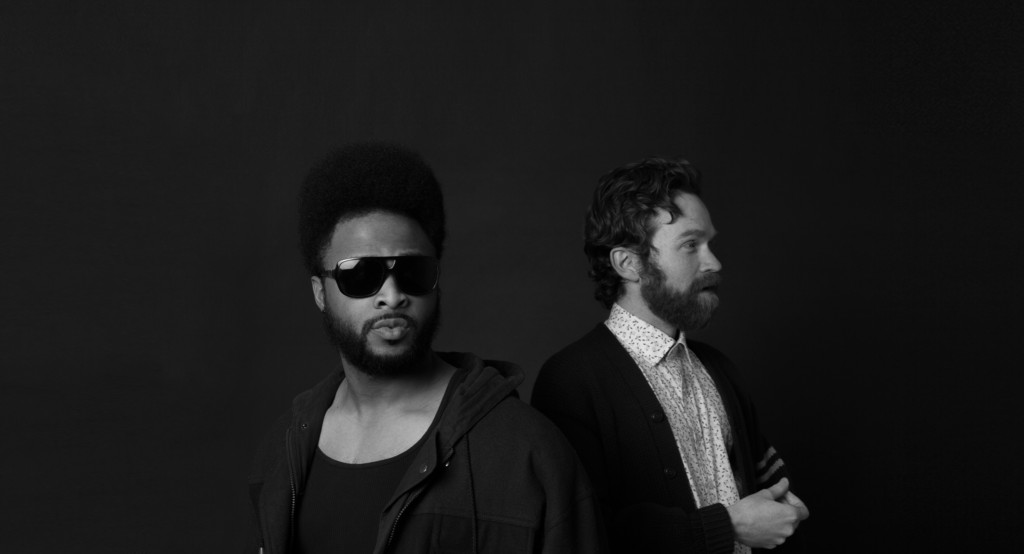 You may recognize Cool Company from a few of the recent reviews we’ve done on them. We featured their single “Slice of Paradise” and chatted with them for a brief interview on their inspirations and upcoming work, and now we’re here to showcase the release of their full-length album Slice of Paradise.

Cool Company is a hip-hop/R&B duo made up of two fellas based in Bushwick, Brooklyn: Yannick Hughes (Cool Yan) and Matt Fishman (Fat Matt). The pair met back in 2006 during a choir class and have been making chill, laid-back jams together since 2012. At first, it was just friends making music together, but that relationship quickly expanded to a more serious musical adventure, which led to the May 2013 debut of their self-titled full-length.

After their first LP dropped, Cool Company went on to release their popular single “Call You Back” in November 2014. It was a piece that catapulted the band into a new direction: It led to a publishing deal with CDF Records in Switzerland and Italy, and it was also a showcase of Fat Matt’s producing skills, as the single was released with a remix produced in-house by Matt.

In 2015, the duo released their poppy EP Summer Daze, and some remixes from pieces on the EP soon followed in 2016. However, the band was relatively dormant until June 2016, until they released their first single from Slice of Paradise, “Why You Gotta Make Me Do It.”

Slice of Paradise itself is a deviation from the more poppy side of what the band had been putting out so far, and it instead focuses on laid-back tracks that meld together in a seamless blend and is sprinkled throughout with multiple interludes. It almost feels like you’re listening to one long song; the album overall is cohesive and smooth, perfect to listen to on a relaxing afternoon.

It begins with “When Did We Get so High?,” which is the musical equivalent to that feeling you get when you open a new book and know within the first page that you’re going to have a hard time putting it down. It drags you in with gospel-esque singing and smooth rapping, then transitions into the next track, “Ride or Die” without missing a beat. This second track brings a more upbeat, fun energy to it, complete with expert producing. “Faded” goes a step further to kick it into a more energetic gear; it’s tantalizing and dream-like, moving through your mind in a blur –before you realize it, the track is over, and you’re moving onto the next one. After that follows the titular track, which is sexy and glamorous, making it the perfect centerpiece of the album.

After the first interlude, “Hopeless,” the album moves onto “Tuck You In.” It’s a sweet yet savory track that’ll make you want to get down in more than one sense. “End of the Night” is full of titillating keys and vibrant synths, and “Stare and Smile” takes the production to another level. “Habit” is an eccentric yet relaxed track that’ll fully immerse you into the album (if that hasn’t already happened, anyway).

Following yet another interlude, “Headphones,” is the enjoyable and much-awaited “Why You Gotta Make Me Do It.” It’s full of switchbacks that make your head spin, but in the best way possible–it’s an exciting track to keep on repeat. From there, we reach the final interlude, “$50,” and close the album out with “Life.” As its name suggests, it vivacious and stunning; it’s a great way to end a piece that has most definitely provided its listeners with ample material to groove on.

Slice of Paradise overall is a fun, chilled out album that, at times, will make you want to dance and then switch in one seamless motion to wanting to Netflix and chill. It’s seamless production, never-ending supply of synths, and fresh raps make it an album to digest as soon as you have the time to devout to it.