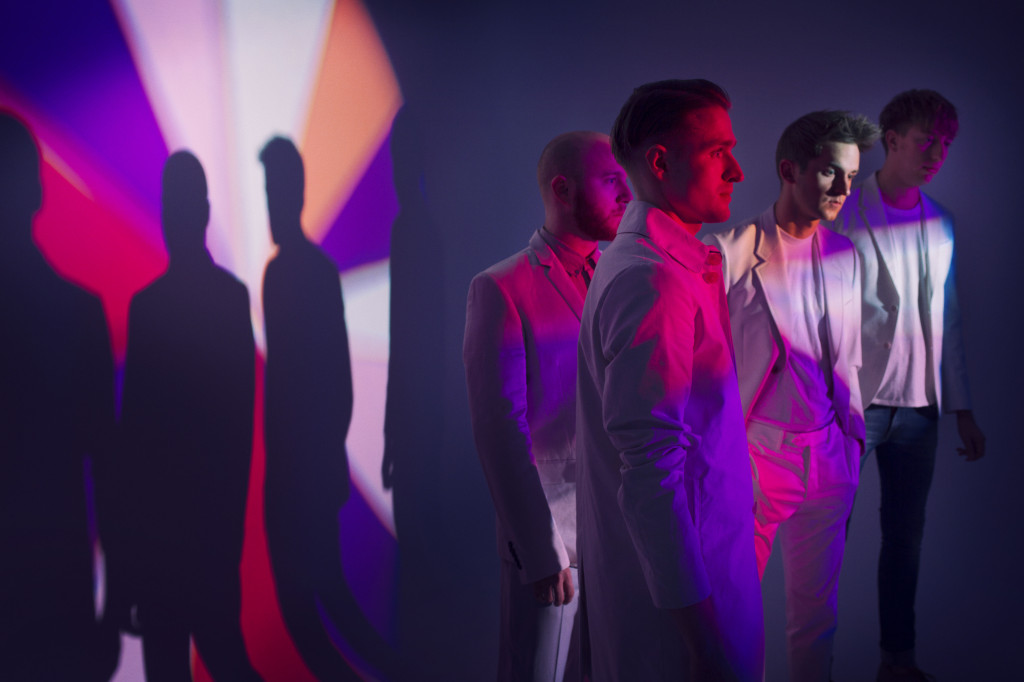 In 2002, guitarist Hayden Thorpe and guitarist Ben Little met in the charming town of Kendal in the Lake District of England. After eventually outgrowing their small town, they exchanged the rolling hills of the Lake District for the industrial streets of Leeds, where their careers began to kick off after picking up percussionist Chris Talbot and bassist Tom Fleming along the way. Christening themselves Wild Beasts, the band has since moved to London, and have put out four records with Domino Records: Limbo, Panto (2008), Two Dancers (2009), Smother (2011), and now, the aptly Present Tense (2014).

Present Tense marks some serious artistic progression for Wild Beasts. While its eleven tracks won’t reach out and grab the casual listener, serious fans will love the album, which demands an attentive listen lest the details that make the album great be lost. The poetic lyrics that blur the line between sarcasm and genuine romance and the stylized and theatrical vocal interplay craftily incorporated into the album could easily be missed while listening on the subway going home from work, distracted by busking acrobats swinging from the handrails. There’s so much here that should be absorbed carefully and slowly, much of which is owed to the fact that the band composed digitally, painstakingly programming and piecing each element together.

The record doesn’t stray too far from the pop tenets that marked their previous albums; rather, it strikes a balance between the obvious and the subtle. While some tracks might swing in either direction (the melodic pop contours of “Sweet Spot” and the slow-moving “New Life” best represent the record’s polarities), the rest fall somewhere in the middle, providing the goods to satisfy one’s aesthetic and philosophical palate. There’s a considerable amount of vocal interplay; Fleming, Thorpe and Talbot, all with their trademark stylistic vocals, both compliment and contrast each other, something that the band uses to their advantage. During the darker, more guttural “Nature Boy,” Fleming’s baritone intensifies the atmosphere and adds to the masculinity of the track. “Palace,” however, the most romantic track on the album, sounds sweet and fanciful coming from Thorpe’s higher register. While most tracks highlight one vocalist over the others, most of them include at least some interaction, filling each track at some point with rich texture and harmonic complexity.

As the title of the record would imply, the most refined intricacy on Present Tense is the sense of nowness and balance that builds subtle suspense throughout the album. While all of the songs have a slow to moderate tempo, there is rarely a shortage of excitement. Wild Beasts artfully create grandiose expectancy without the least bit of flash, a feat that is best exemplified on “Pregnant Pause.” The song begins with a tentative keyboard section while the vocals whisper over the skeleton melody. The guitar peeks its head in, softly picking away at a fuller melody, indicating that the slow build is reaching its climax.  Sometimes it seems like a lost cause, Thorpe coos, breathe a second, feel that pregnant…pause. The music doesn’t explode, yet we know that we’ve arrived.  This compositional mastery of tension is also evident on “Mecca.” Again, Wild Beasts utilizes a stripped down introductory section, this time with no instrument to mark the tempo, and when the main melody arrives, we cherish it all the more.

Like the previous work of Wild Beasts, Present Tense is a dense album, with endless intricacies accentuated by the personal, yet mystic lyrics. The concept of balance is an overwhelming motif throughout the album, one that manifests itself both thematically and musically.  The band strives to strike a balance between sarcasm and sincerity, between accessibility and mysticism, literal and figurative, soprano and bass, and the list goes on. This point is perhaps most poignantly articulated in the lyrics for “Sweet Spot”: There is a guardless state, where the real and the dream may consummate. Maybe this guardless state is what the gang had been searching for during the making of Present Tense; now, it seems, they’ve come very close to finding it.

Check out the video for “Mecca” and Wild Beasts’ US tour dates below.