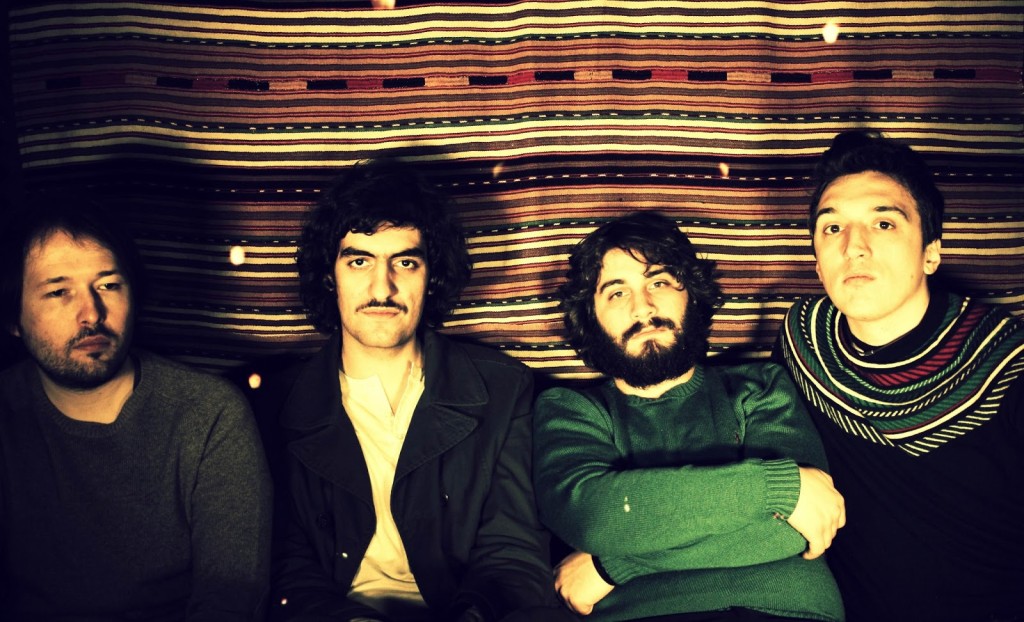 A couple months back, Italian group The Vickers put out their Ghosts album, a slow burner of a collection with a generous helping of sixties haze. Everything this quartet creates seems to come wrapped in layers of gauze: the beats are pillowy, the bass line, though too mellow to be show-offish, tugs on your sleeve all album long, and the vocals sound like they’re being filtered in over the airwaves from a far-away alternate reality. Though the group made international headway with “She’s Lost,” the first track off Ghosts, the band has a 7″ and four full albums under their belt. A project that began as a couple of classmates messing around with psychedelic covers of Blur and The Kinks songs has grown into a sound that’s eclectic and uniquely billowing. Listening to The Vickers, you get the sense that you can trust these guys to do more than just repeat the Beatles’ Revolver era.

Given the album’s gentle loopiness,  the sun-faded, sweltering video for “Senseless Life” comes as no surprise. From the smudged perspective of a shaky camera, the video takes us at a lazy pace through a sunny day in the country. Its first images are abstract, fading in and out of a picture we can recognize until it settles on sunspots and a close-up shot of a concrete animal statue’s head. We’re in a garden of some kind. The visuals accompanying the song–like the music itself–evoke a soporific idleness that’s so acute you can practically feel the humidity. About halfway through the song’s four minutes, the shot seems to flip around and zoom out, showing a man–the first person to appear in this video–holding a camera to his eye.

Though I’m not sure why, for the first portion of the song, when the lyrics are written like subtitles at the bottom of the screen, it does feel as if many different layers–images over watery silhouettes, sharp text over blurred background–combine to gear “Senseless Life” up to its apex. When that moment comes, with crashing drums and golden rays over a smeared horizon, it seems as if the focus of the  video lies in the accumulation of flecks of light that flicker, fade, and resonate with one another. The music is like that, too: echoed and aesthetic-indulgent. Although much of the Ghosts album feels too optimistic to coincide with the “touch of nineties spleen” that The Vickers refer to when they’re talking about the contemporary twist they bring to their  classic sixties sound, there is a certain heat-borne apathy that pervades “Senseless Life.” But the effect is more meandering than disillusioned, more directionless than bored.