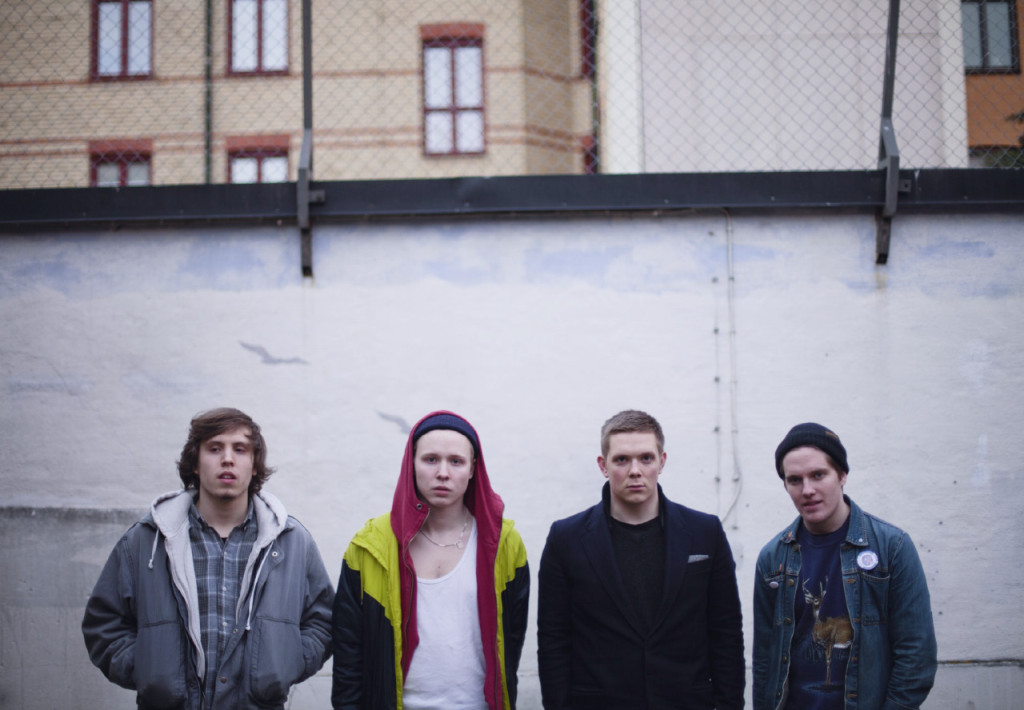 The Holograms‘ new video for “Hidden Structures,” off the full-length September release Forever, shows a basic juxtaposition between silence and noise, listlessness and energy. The Swedish foursome loaf on the rooftop of a graffiti-branded shack, stand discontentedly in front of pastel high rises and grassy hills, sit moodily in greenly lit bars, and pile into a station wagon that, against the grey backdrop of Scandinavian highway, looks nearly cartoonishly red. An Asian man stares at the camera, smoking mistrustfully.

By contrast, the band’s brand of heavy, epic synth-rock doesn’t let up once on this track. This rawness is par for the course–with the release of their debut album a little over a year ago, The Holograms established an energy-driven, fast kind of post-punk so cohesive that that made listening to their music feel like a full-body experience, a throttling surround-sound effected by the band’s cohesive vivacity. Their recent follow-up wavered little from the course already set, sticking to large, heavy themes expounded upon via synthesizer, but expanded the breadth of the sound, carving out deeper intricacies of their bass lines and moving further away from communality in the direction of the most insular, most introverted edges of synth-punk.

With scenes of record shops and fast driving, there’s glimmers of rock and roll in the video, but ultimately it’s the divide between outer isolation and inner rage that adds complexity to this song. The effect is one of looking out at the world–in this case, a sparsely populated, quiet and monotone Scandinavian landscape–and creating a vastly different world inside your head. When the band set out to make the new record, they were famously broke and despondent, connecting little with their more electro-inclined Scandinaian musical brethren.  The video for “Hidden Structures” plays off that dichotomy, opening up the song to a loneliness that feels gritty and true.