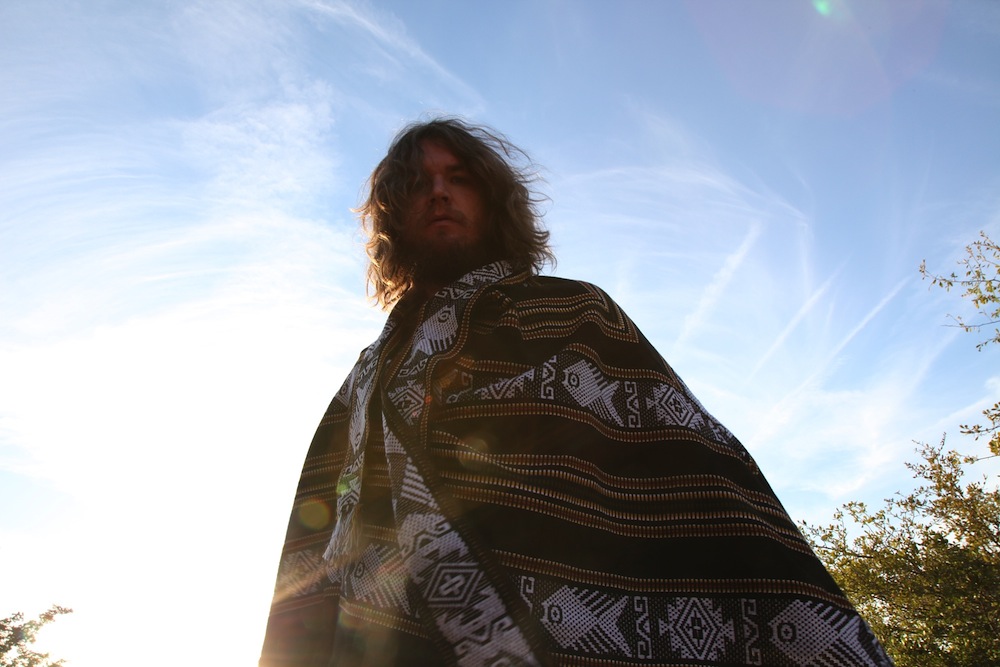 The long-locked, regally bearded songwriter Israel Nash Gripka marries spacey psychedelic guitar work to wind-chilled vocals that pay a nod to Neil Young; Gripka’s songs amble, they meditate, they conduct experiments in theme and variation. His third and latest studio album, Rain Plans (out August 19th!) finds Gripka signed to independent British label Loose Music–an apt enough match, given Loose Music’s strong stable of Americana standards like Townes Van Zandt, Neko Case, and Steve Earle. And Gripka has some history in common with your average modern cowboy: originally of Missouri, he moved to New York City to release his first two albums, then split for Dripping Springs, Texas, where he soaked up what he refers to as the area’s “desert folklore” as inspiration for this forlorn, majestic new release.

I’m always interested to see what comes from a matchup of psychedelia and Americana. Despite the genres’ shared theme of wanderlust, the former tends to focus on that wandering’s texture and color, whereas the latter deals in oral history and storytelling. Long stretches of Rain Plans feel like deliberate efforts to let the songwriting move on a long leash, to see where the mind will go when it’s left to its own devices, in the absence of the civilization or plot. The musical patterns are cyclical, the melody unhurried, even listless. In one of the album’s most interior portions, in the back half of the title track, all  vocals melt away, leaving a swirling and seemingly endless cycle of mesmerizing guitars. The only thing that remains fixed is the pace: held firm, as if by a metronome, at a slow stroll.

So it’s clear that the album is a journey, but one that moves in circles, and it may test many listeners’ patience not to see the point of all this meandering. With all due respect to the virtues of wandering without being lost, these songs are so relaxed that they sometimes don’t appear to grow from start to finish. There isn’t necessarily going to be development from one end of a song to another; in the worst case scenario, the music instead restates the same idea over and over again, in different ways. Rain Plans isn’t necessarily an album that’s going to tell you a story that has a clear-cut beginning, middle, and end.

But if you have time to sit with it a while, the album proves that, for Gripka, spaciousness rarely equals stagnancy. Consider the shimmeringly gorgeous “Iron of the Mountain,” which establishes a single, circular melody–one moment in time, one color–and then extends it for almost four and a half minutes. Rain Plans richly evokes the vivid aesthetic of folklore: it’s a snapshot, rather than a story, of the landscape. Think of it as a collection of moments, which bear loose connection but don’t need each other in order to function.

The only exception to that logic is the closer, “Rexanimarum,” which is Rain Plans’ most unabashedly rootsy track, with lyrics like “pour me out just like sour wine,” and even echoes of old country songs, “got the money if you got the time.” With a lovely and light touch of backup vocals, this song may be the album’s sunniest, and is certainly its most singalong-friendly.

Check out the full album stream over at the A.V. Club, and go here to order your physical copy of Rain Plans! Listen to “Rain Plans,” with all its swirly melodies and smooth vocal harmonies, below via SoundCloud: