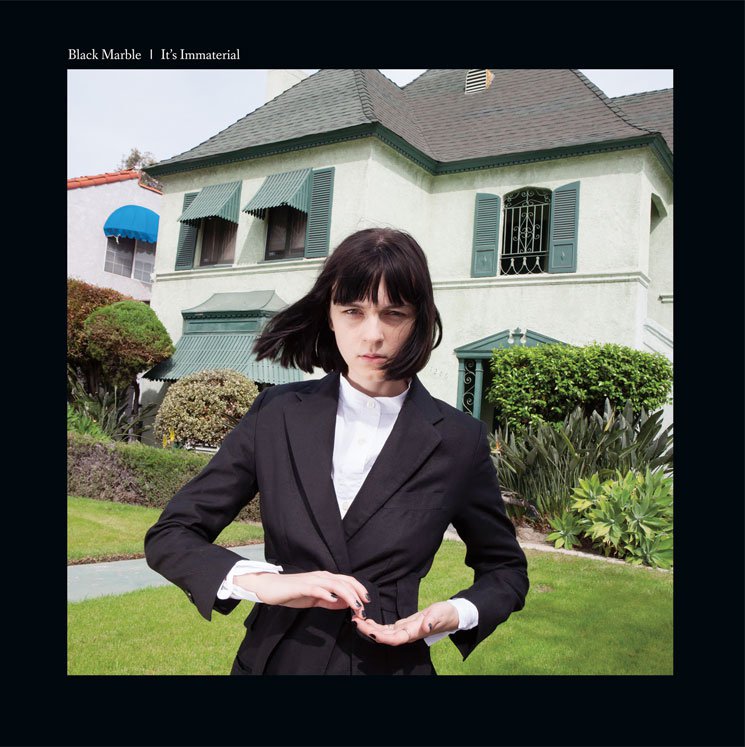 “Black Marble is music for outsiders,” Chris Stewart, the project’s creator said in a recent Facebook post expressing mixed feelings about releasing a new song in such a tumultuous time. “Iron Lung” is the first track Black Marble has released since the 2012 EP A Different Arrangement; The Brooklyn synth-wave artist’s upcoming album, It’s Immaterial, is coming out September 30 via Ghostly International.

“Iron Lung” does have an outsider quality to it- Stewart’s vocals sound like they come from the shadows, obscured by darkness. I can’t help being reminded of New Order’s “Ceremony” while listening to the track, as they share similar qualities that draw me in: A driving dance beat with repetitive, stair-step guitar riffs, and the bittersweet feeling of hope mixed with inevitability. “Iron Lung” inverses the formula, though, creating something that leans slightly more to the positive side, with just a hint of darkness. Toward the end of the song Stewart breaks the form altogether with a classical-tinged organ bridge. It adds a “light at the end of the tunnel” quality to the song that works perfectly.

Preorder It’s Immaterial here, and listen to “Iron Lung” below.