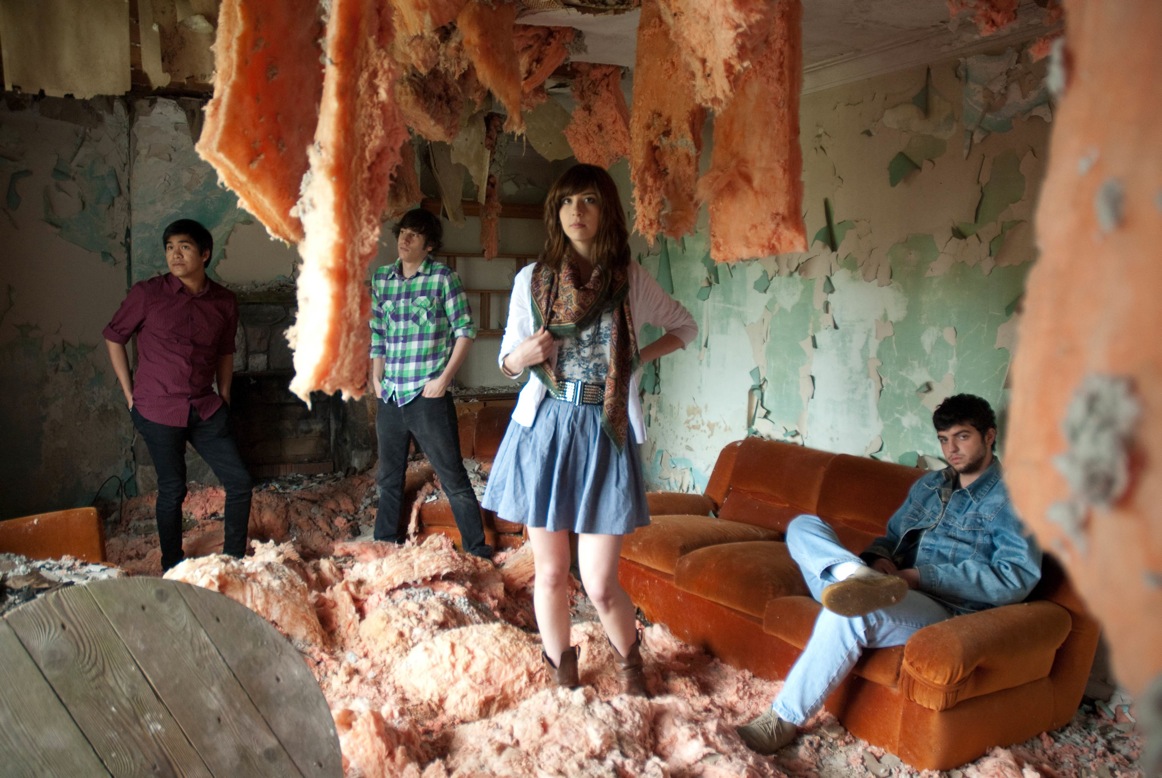 So let’s set fire to our friends.

We can watch them burn ‘till their dead, dead, dead.

The Box Tiger is an indie rock band from Toronto, Canada. Formed in 2009, They released initial material, a self titled EP in 2010. After teasing us with a few singles, they finally dropped their full length album in late 2013. Set Fire is ten tracks deep (a little over 30 minutes long) and consists of poppy hooks enriched with harsh instrumentation. Lyrics consist of deeply personal accounts of youthful romance and heartbreak. Although there have been a number of shifts in the lineup, the band is currently made up of Sonia Sturino (guitar, vocals), Jordan Stowell (guitar), Marcus Cipparrone (drums) and Cam Jones (bass).

After seeing them play live at The Rock Shop on Thursday, 2/13, I take back my previous description. There is nothing poppy about The Box Tiger. The live performance consisted of explosive, yet rhythmically tight instrumentation (the fact that this performance was the first with bassist Cam Jones makes it all the more impressive). Each track was turned up louder than on the recorded version, with front woman Sonia Sturino screaming above the noise circulating the stage. Sturino was surprisingly adept at maintaining the same stylistic vocals that she displays on Set Fire while  shouting above the music simultaneously.

Sturino, Stowell, Cipparrone and Jones are a dedicated group of people. They proudly announced to the audience that they drove all the way from Portland, Maine to perform for us, officially putting me (who was proud of trekking all the way to Park Slope from Bedstuy) to shame. Google maps has informed me that the journey from Portland to New York takes approximately five hours and six minutes in ideal conditions.  You can only imagine how long it must have taken during yesterday’s weather conditions.

Sonia looked as chic as ever, hopping on stage rocking the Canadian tuxedo. She briefly introduced the band, and then plunged into the set.  The Box Tiger ran through a number of tracks off of Set Fire, including “Taller Than Trees,” “Bleeding Heart,” “Set Fire To Your Friends,” “Maker,” “Hospital Choir” and “Knives.”

There was a dichotomy between Sonia when she sang and when she spoke. When she sang, she shouted, twitched, stomped, and shook with passion in an abrasive and aggressive manner. When speaking, she was humble, down to earth and almost shy. After thanking the audience again for trekking through the weather, she admitted that she was surprised that anyone showed up. Then she went on to plug their CD, although (in her words) they aren’t cool and have vinyl and tapes, because they are a poor little band who does everything on their own.  Call me a sucker, but I am easily won over by even a smidgen of self-reflection.

The Box Tiger is forging their path in the arena of stylized, hook driven indie rock. With passion, personality, musicianship and drive (the fact that they drove all the way here from Maine in an ice storm says it all) I’m sure that this is only the beginning for the The Box Tiger. Check out Set Fire here.

“Set Fire To Your Friends”